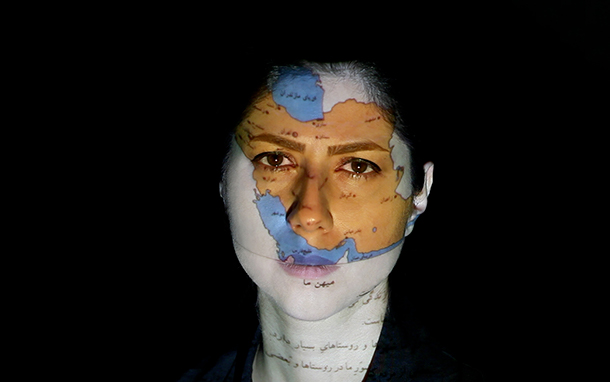 “I want marginalized people to have a chance to be shown in a dignified way.”

As Commencement 2017 approached, Anahid Ghorbani MFA ’17 couldn’t wait for her family to visit from Iran to watch her graduate from Columbia College Chicago’s Photography program. Then came President Donald Trump’s executive order “travel ban” barring people from seven Muslim-majority countries from entering the US—including her home country. Ghorbani didn’t walk across the commencement stage to her family’s cheers, but she did head to the airport to join a protest. “I found people of my nation and six other countries frustrated and struggling as we were screaming for our rights,” says Ghorbani. “It was a really hard time for me.” 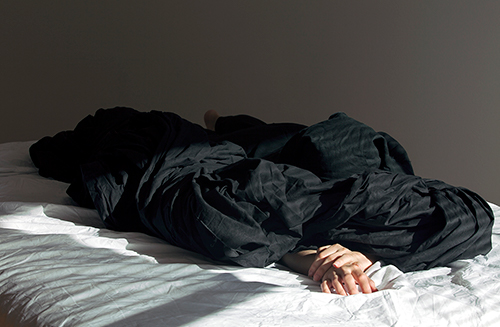 The current administration’s attitude toward immigrants inspired Ghorbani to apply for the Diane Dammeyer Fellowship in Photographic Arts and Social Issues. A partnership between Columbia and anti-poverty organization Heartland Alliance, the year-long fellowship allows an artist to produce a body of work highlighting human rights and social issues. It includes a $25,000 stipend and culminates in a public exhibition. Ghorbani intends to focus her project on immigrant rights by creating visual narratives of immigrant women in Chicago. 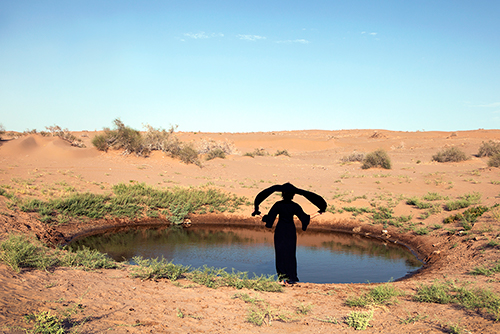 “Women of my land are so powerful and fight for their rights, but—especially in media—there are so many stereotypes that I need to help break,” says Ghorbani. “I want the patriarchal world to be less ignorant.”

Ghorbani creates striking visual narratives of women, specifically women from her native country of Iran. Much of her work builds from Iran’s complicated history of women’s rights. During her time at Columbia, Ghorbani found herself constantly explaining the complexity of Iran’s history and culture, especially the role of Iranian women. 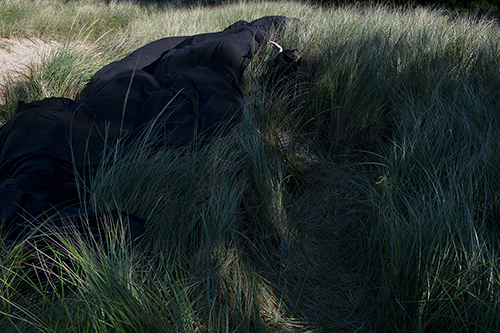 Ghorbani’s thesis collection, The Color is Black, investigates the separation and suppression of women in contemporary cultures. The photo narratives feature Ghorbani and women from her Iranian community to create the photo narratives. The collection features women in black, completely obscured by black fabric or environment, with only hair or a single hand exposed. Ghorbani’s landscape images are barren, beds are empty, and her subjects are literally suppressed by the color black.

“I want people who are being marginalized to have a chance to be shown in a dignified way,” says Ghorbani. “This anger we have inside, I want to use in a positive way to help make a change, because I think it’s better to do something—even if it’s very little—than to just stay quiet and watch what’s happening.” 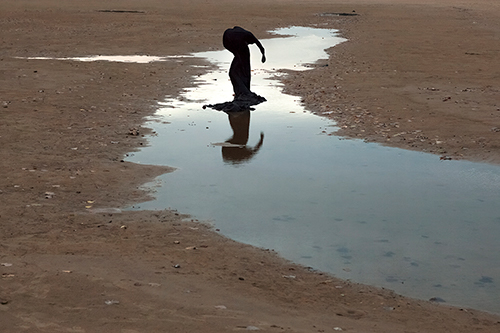