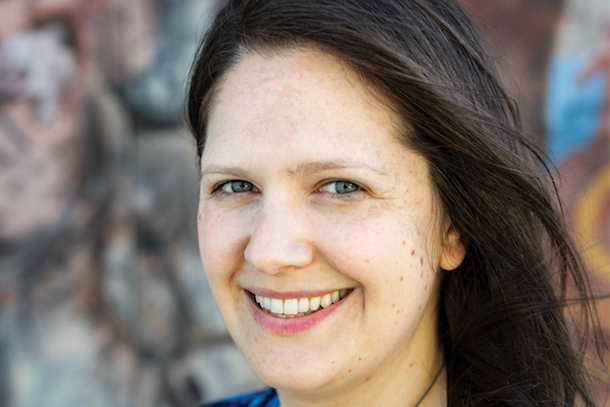 “Every season was exponentially harder than the previous season.”
Annick Wolkan

"Game of Thrones" co-producer Annick Wolkan ’05 won’t forget her time behind the scenes.

It’s 2015. Jon Snow is dead. And people won’t stop asking Annick Wolkan ’05 about it. As soon as they find out she works for smash-hit fantasy show (and cultural phenomenon) Game of Thrones (GoT), the questions flood in—from her mechanic, her grocery store bagger, even her dad begging for Westeros intel over the phone.

When Wolkan began working on GoT in 2012 as season two filming started, she had no idea what a huge deal it would become. Flash-forward seven years later: The HBO series based on George R.R. Martin’s novels just wrapped up its eighth and final season. GoT has won 47 Primetime Emmy Awards, averaged 3.2 million viewers during its seventh season, and inspired too many Comic Con cosplayers to count. And Wolkan has been promoted from an assistant to an associate producer in season three, and then to a co-producer in season six.

At Columbia College Chicago, Wolkan gravitated toward the organizational aspects of filmmaking, and her GoT journey is a typical Los Angeles tale of hustling and networking. Wolkan started out as a freelancer and a page at Universal Studios, giving tours and working events. (“You become an expert at walking backwards and talking.”) A Universal connection led to her first television gig, which led to a job on HBO’s Big Love, where she became executive producer Bernadette Caulfield’s assistant. In 2012, Caulfield shifted to Game of Thrones—and Wolkan did, too.

The show took her all over the world—from a home base in Belfast, Northern Ireland, to locations in Spain, Iceland, Croatia, and more. As the show’s popularity soared, so did the production team’s ambitions. “Every season was exponentially harder than the previous season,” says Wolkan.

Wolkan spent three years coordinating with the show’s wolf trainer in Canada to film the Stark family’s faithful direwolves. Direwolf scenes are filmed after those of their human counterparts, and then the scenes are edited together. “So the wolf needs to start on that mark, walk to this mark, turn, and look. And then sometimes our VFX supervisors would be like, ‘He should feel confused,’ and you’re like…” Wolkan says. “Our animal trainer was always very realistic. He and his wolves are the best in the business.”

Over six years, Wolkan has learned things she’d never even dreamed of—like how to set people on fire. In season five, the team shot at a Spanish amphitheater with 500 extras and a giant blowtorch programmed to mimic the movement of dragon fire. Before a stunt person is set on fire, they don a special full-body suit with a breathing tube. Right before the flames hit, the tube is removed and their mouths are sealed shut. The entire time someone appears on fire on screen, they are holding their breath. “At that point, I think that was the most people we’d ever set on fire,” she says. “That was one of those moments where I was like, ‘This is a very unique experience, and I feel very fortunate to experience it.’”

Wolkan talked to DEMO in March 2019, when she was wrapping up her final administrative tasks for the show—fact-checking credits, organizing Emmy submissions, and saying goodbye. “It’ll be tough to talk about it in the past tense,” she says. But Game of Thrones will always be a part of Wolkan’s history, and her name will be forever tied to Westeros, too. Back in season five, she got a script introducing a new character—a peace-loving scholar named Maester Wolkan.