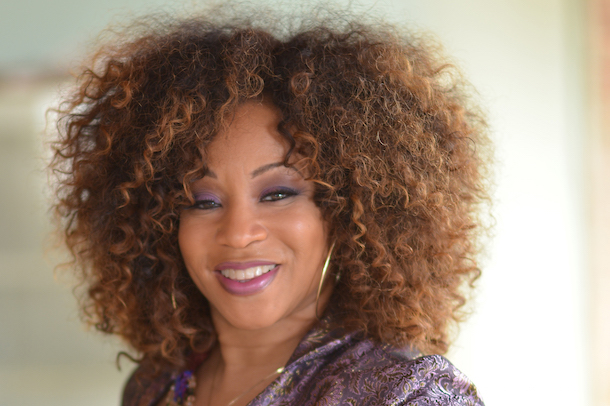 “Whatever the trend is, nine times out of 10 it’s already been a trend, influenced by what’s been done in the past.”

For the past 20 years, Cassandra O’Neal has been working with artists like Mary J. Blige, LeAnn Rimes, Macy Gray, and Prince.

Cassandra O’Neal has seven years’ worth of stories from her time playing keyboard for legendary musician Prince. She clearly remembers one day when they were rehearsing in Canada. Prince beckoned her to sit next to him and asked, “How do you play my music like you wrote it?” She laughed and mentioned her musical parents—a father who sang and a mother who sang and played piano. “Music was already in my blood,” she told him.

Today, as practitioner-in-residence at Columbia College Chicago, O’Neal teaches her students lessons from more than 20 years of working as a musician alongside artists like Mary J. Blige, LeAnn Rimes, Macy Gray, and, of course, Prince.

“There’s nothing like being able to say, ‘I’ve been in the trenches, I’ve studied until I fell asleep,’” she says. “I can offer compassion and give [my students] the kick in the butt that they need.”

In her music theory courses, O’Neal teaches her students a mix of classic and contemporary musicians like Adele, Donna Summer, and Prince. “We can’t talk about music without talking about the ones that have set the pace. Beyoncé and Rihanna and Ariana Grande do what they do because of people like Aretha [Franklin] and Nina Simone and Ella Fitzgerald,” O’Neal says.

“A C-major chord is a C-major chord,” she says. “Whatever the trend is, nine times out of 10 it’s already been a trend, influenced by what’s been done in the past.”

At Columbia, O’Neal finds the hustle students need to cut it in the music industry. “[Columbia] students are eager and hungry,” said O’Neal. “They are just killing it. They lack nothing. They have it all—the chops, the stage presence, the charisma, the drive.”

Even as she’s played alongside some of the world’s most famous musicians, O’Neal remains a student herself—including the years she spent studying alongside Prince until his 2016 death. “He was such a masterful musician, not just in skill but in concept as well. He had a little hint of dissonance that always worked,” she says. “[It was like] taking a master class, every day, for seven years.”