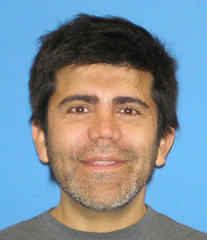 Associate Professor in the Communication Department where he teaches multimedia journalism and graphic design. For over 35 years he has worked at several national newspapers and magazines in the US and abroad. He redesigned the main Peruvian daily El Comercio before being relocated by the Tribune Co. to art direct ¡Éxito!, its publication in Spanish. Leturia moved to features design at the Detroit Free Press. As a bilingual writer his articles have appeared in the Detroit Free Press, San Jose Mercury News, Miami Herald, The Desert Sun, El Comercio, El Peruano, RedEye, HOY, Revista Somos, Huffington Post, Gateway Journalism Review, among others. His design work has received awards from the Society for News Design, National Association of Hispanic Journalists, American Institute of Graphic Arts, and Associated Church Press.

He was a tenured assistant professor in the School of Communications of the Universidad de Lima. He has presented in the US, Latin America, Europe, Asia and Africa. He is communications director of the Fulbright Association-Chicago Chapter and Fulbright Scholar Liaison at Columbia College Chicago. His documentary “Tita Turns 100” premiered at the Chicago Feminist Film Festival in 2016, winning the Lisagor Award in the Best Short Film Documentary category in 2017. His bilingual "Aguijón 30 Years" historical book was released in 2019.

Leturia is an ensemble member of Aguijón Theater in Chicago.

He holds a B.S. and a Licenciatura professional title in Communications, both from Universidad de Lima, Peru, and a M.S. in Journalism from University of Illinois at Urbana-Champaign.