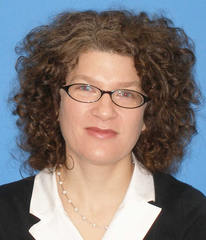 Katharine Hamerton, PhD, is Associate Professor of History in the Department of Humanities, History, and Social Sciences at Columbia College Chicago. She received her BA (Honors) degree in History and English Literature from the University of Manitoba, and her MA and PhD degrees in History from the University of Chicago. After teaching for two years as an Assistant Professor in the History Department at what was then Southwest Missouri State University (today Missouri State University), she joined the Department of Humanities, History, and Social Sciences in 2005, where her teaching has included Medieval Europe, the Women’s and Gender Studies research/internship capstone, the French Revolution, and Honors classes on the Enlightenment and the history of taste and consumption in France.

Dr. Hamerton’s areas of research interest lie in eighteenth-century French intellectual, cultural and gender history. She is working on a book project, “The Appetites of the Soul: Taste and Human Nature in the Early French Enlightenment,” an exploration of moral and scientific debates surrounding the faculty of taste and the human experience of pleasure in late seventeenth- and early eighteenth-century France with a special focus on the thought of Nicolas Malebranche, and his importance to the emergence of an Epicurean idea of human nature in the early Enlightenment. Her publications include "A Feminist Voice in the Enlightenment Salon: Madame de Lambert on Taste, Sensibility, and the Feminine Mind," Modern Intellectual History 7, no. 2 (August 2010): 209-38 http://dx.doi.org/10.1017/S1479244310000041; “Rousseau and the New Domestic Art of Women’s Taste,” Proceedings of the Western Society for French History, vol. 37, 2009 (Boulder, CO): 99-115; and “Malebranche, Taste and Sensibility: The Origins of Sensitive Taste and a Reconsideration of Cartesianism’s Feminist Potential,” The Journal of the History of Ideas 69, no. 4 (October 2008): 533-58); DOI: http://dx.doi.org/10.1353/jhi.0.0017 or http://muse.jhu.edu/article/251823. She has an article, “Motions in the Body, Sensations in the Mind: Malebranche’s Mechanics of Sensory Perception and Taste,” under review at Arts et Savoirs and is currently completing two other articles, "Theodicy in Malebranche's Realpolitik of Fashion," and "Social Organization, Providence, and the Imagination in Malebranche." Dr. Hamerton has two future planned book projects: “Madame de Lambert: Essays of a Salonnière,” will be an annotated translation of a selection of the writings of the early Enlightenment salonnière the marquise de Lambert, with an extensive introductory essay, planned for “The Other Voice in Early Modern Europe: The Toronto Series” co-published by the Center for Renaissance and Reformation Studies and the Iter website at the University of Toronto; and a second monograph, “The Tasteful Nation: France, Aesthetic Judgment, and National Identity in the Eighteenth Century,” a study of the eighteenth-century fortunes of taste as a contested and highly gendered quality of French national identity, is planned to follow “Appetites of the Soul.”

Dr. Hamerton’s awards include the American Society for Eighteenth-Century Studies Innovative Course Design Competition Award for her Honors course designed for Columbia’s non-history-majors, “Taste and Consumption in French History: Honors,” which is an elective for the Women’s and Gender Studies Minor and the Cultural Studies major. She received Columbia College’s School of LAS/Institute for the Study of Women and Gender in the Arts and Media Faculty Fellowship in Spring 2014 to support her work on her “Appetites of the Soul” project. She has presented her research widely at national and international scholarly conferences and workshops.

French and European History; the French Revolution; the Enlightenment; the history of taste and consumption in France