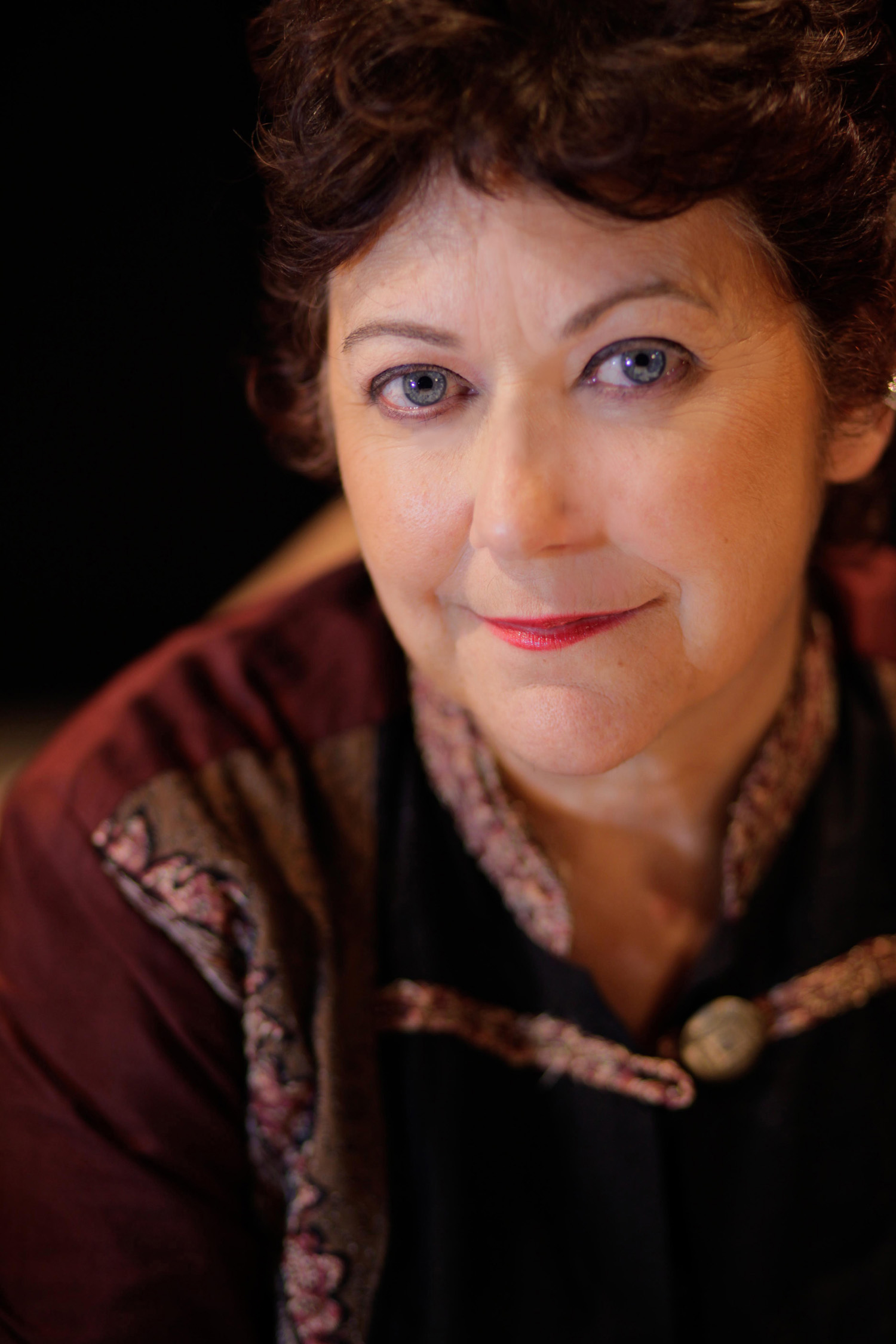 A graduate of California Institute of the Arts, RONA EDWARDS became Vice President of Creative Affairs for multiple Emmy-winner John Larroquette (Night Court), Academy-Award Winner Michael Phillips Productions (The Sting, Close Encounters Of The Third Kind, Taxi Driver) and Emmy-winning and Oscar-nominated Producer Fern Field (Monk, Heartsounds) before she was dragged kicking and screaming into the world of independent producing. As a Producer, she Co-Produced and/or Executive Produced One Special Victory (NBC) starring John Larroquette, The Companion (USA/SyFi CHANNEL) directed by Gary Fleder, I Know What You Did (ABC) starring Rosanna Arquette, Out Of Sync (VH1) starring Gail O’Grady, and Der Morder Meiner Mutter (Sat.1/Studio Hamburg) for German television. She set up Matchmakers, a feature at Warner Bros. based upon an article she found and the movie, Blind Trust, which aired on Lifetime television. More recently, she produced a series of movies based upon a book series she optioned, subtitled “Crimes of Fashion,” by Ellen Byerrum. The first two books, Killer Hair and Hostile Makeover, were aired on the Lifetime Movie Network. With Canadian company, Awesometown Entertainment, she is producing an animated feature film based on The Birbal Tales, and is currently developing several books, screenplays and true-life stories into feature films and television projects.

In addition, she is also working on a number of documentaries including one about Military Nurses, which will examine war through the POV of nurses who were there healing the wounded. She produced Unforgettable,written and directed by Eric Williams (Mad City, Out Of Sync), which tells the story of a year in the life of his brother (deemed “the human google” by Good Morning America) who has what is called hyperthymesia– the autobiographical ability to recall every day of his life. She executive produced the awarding-winning documentary, Selling Sex In Heaven aka Hope in Heaven, which won the Beyond Borders award for documentary film, the juror’s award at the Big Bear Film Festival, and aired on the CBC and is Executive Producer on the follow up documentary, Selling Sex, which follows sex workers in America. Edwards has had projects made and/or in development with many of the major networks and studios including a script deal at ABC, movies at CBS, ABC, NBC, Hearst Entertainment, VH1, HBO, Phoenix Pictures, Edward R. Pressman, Revelation, Lifetime, Motor City Films, Warner Bros., Alan Landsberg Productions, The David Wolper Organization, Lifetime, Incendo Media, All Girl Productions and Wilshire Court, to name a few.

She has served as a film consultant and story editor for numerous film commissions and production companies worldwide including Film Victoria, Screen Queensland, Stewart-Hall Productions, Enjoy Entertainment in Australia and Pilgrim Pictures in Singapore as well as for individual writers and filmmakers.

With Monika Skerbelis, a former VP at Universal Pictures, she has taught “Introduction to Feature Film Development” at UCLA Extension (both on campus and online) for more than ten years, as well as “Story Development Process” at Riverside City College’s Open Campus online.

Together, Edwards & Skerbelis wrote the critically acclaimed book, I Liked It, Didn’t Love It (Screenplay Development From The Inside Out!), which is now available in its 3rd edition online and available at bookstores everywhere. A second book, published by Michael Wiese Publishing (MWP) and titled, The Complete Filmmakers Guide to Film Festivals (An all access pass to launching your film on the festival circuit), is a soup-to-nuts book on all you need to know but were afraid to ask about film festivals. Both books are used as textbooks at colleges and universities worldwide.

A contributing writer to The Beachwood Voice for seven years, Edwards was also the newspaper’s restaurant reviewer and feature writer. She then became a lifestyle columnist for the Los Feliz Ledger. Currently, she is a contributing writer to Produced By magazine, the official magazine of the Producers Guild of America and has a column in Script magazine. In addition, she has written music reviews for FAME (The Folk Acoustic Music Exchange) online. She had a column, “Rona’s Reel Take,” for the New York quarterly newspaper, The Neworld Review, in which she ranted and raved about the film business. She was also senior editor at Morton Books.

Edwards has been interviewed in a number of newspapers, and on television and radio shows including USA Today, On the Page with Pilar Alessandra, Rolling Tape: Inside Script Development, Script magazine, Connie Martinson On Books, Movies Matter, Digital Production Buzz, Your Hollywood Pro (available on iTunes), Reel Ladies, the Gregory Mantell Show, Murder Must Air, sponsored by the Mystery Writers or America, 938Live’s The Living Room in Singapore, and WWJ 950AM in Detroit. She has been a guest lecturer and/or panelist at the Bangkok International Film Festival, the United Nations Women’s Film Festival, University Film and Video Association (UFVA), Screenwriters Network, Palm Springs Women In Film, the Margaret Perry Filmmaking Seminar in Halifax, Nova Scotia, The California Writer’s Club in Monterey, California, Palm Springs International ShortsFest, Mendocino Film Festival, San Diego Film Festival, Screenwriting Expo in Los Angeles, California, Moondance Film Festival in Boulder, Colorado, Cinewomen, Women in Film, The Mystery Writers Association’s Bouchercon, Sisters In Crime to name a few and has taught workshops in Feature Film Development, Film Festivals, Transmedia for Creative Producers, Pitching, Screenwriting, Acting for Screenwriters, Acting, and Musical Theatre around the world. She is a member of the Producers Guild of America, SAG/AFTRA, Actors’ Equity, Assistance League of Southern California, The Academy of Television Arts and Sciences, International Documentary Association, Film Independent and the UFVA.

Ms. Edwards majored in theatre and has a strong background in performance, both acting and singing, in addition to directing live theatre and writing and producing film, television and Transmedia projects. More recently, she was a full-time assistant professor at Chapman University’s Dodge College of Film & Media Arts’ Singapore campus in their Creative Producing program where she taught Creative Producing and Development, Basic and Advanced Screenwriting, Producing Transmedia for Creative Producers, Producing for Television, Producing the Corporate Video, and Entertainment Marketing & Promotion in addition to film studies courses such as Feature Film Analysis and Survey of International Film. She has traveled throughout Asia and Europe attending film festivals and markets, and has worked with filmmakers in the Asianic and Oceanic regions not only on creative content but also in advising them on the global media marketplace. For four years, she divided her time between her home in Los Angeles and in Singapore. More recently, she has taught Producing for Scripted Television for Relativity School, and will be teaching a new course on Literary Acquisition for them in the Spring 2018. She also has taught Finance in Media for the University of Miami’s Semester in Los Angeles, Research and Analysis in the Movie and Television Industry for Columbia College Chicago’s Semester in LA program, as well as Visual Storytelling for Film, Visual Storytelling for TV Writers and Producers, Creative Producing and Development, Manuevering Film Festivals and Basic Screenwriting Fundamentals at Chapman University in Orange, CA.