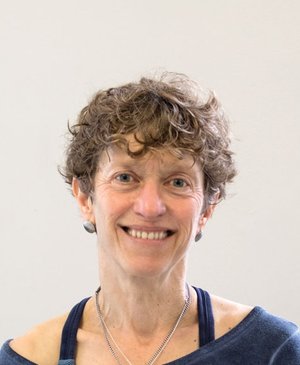 Sharon Bloyd-Peshkin, Associate Professor in the Communication Department, worked for 13 years as a magazine editor before coming to Columbia College Chicago in 2002. She was awarded the Excellence in Teaching Award in 2013, and served as the college's Critical Encounters Fellow in 2010, uniting the campus around a common area of inquiry. She is also the founder of Columbia Votes. Sharon is active in the Magazine Media Division of the Association for Education in Journalism and Mass Communication and a co-organizer of Mapping the Magazine, an international research. Her research interests include fact-checking in the digital age (published in Journalism Practice and Columbia Journalism Review), and the cultural impact of magzines (published in the Handbook of Magazine Media). She is co-editor of the forthcoming book Curating Culture: How 20th Century Magazines Influenced America (Rowman & Littlefield, 2021). Sharon's creative interests include literary and longform journalism (she has been published in Belt, Chicago magazine, In These Times, Common Review, Chicago Tribune and elsewhere), as well as Solutions Journalism, magazine writing and editing. She has a M.A. in English from the University of Virginia, and a B.A. in General Studies in the Humanities from the University of Chicago.

Fact checking in the digital age, and the cultural impact of consumer magazines.