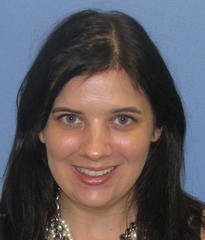 Prof. Frank has published extensively on various problematics related to secularization in journals of anthropology, intellectual history, political science, and religious studies; she has presented her research at national and international conferences, including Leuven, Oxford, Frankfurt, Montréal, and Antwerp. Stephanie’s current project is a book considering the methodological divergences between Durkheim and Mauss as exemplifying two different critiques of religion--part of a broader project considering the disciplinarization of the French social sciences as the institutionalization of a secularization narrative. More immediately, in this political moment, she is currently working on the intellectual vectors shaping the debate about the niqab and the burkini in France.

Prof. Frank was educated at Williams College (B.A., political science and religious studies), Oxford University (M.Phil., philosophical theology), and the University of Chicago (Ph.D., history of religions). She trained for many years as a classical pianist; she has also published short fiction.