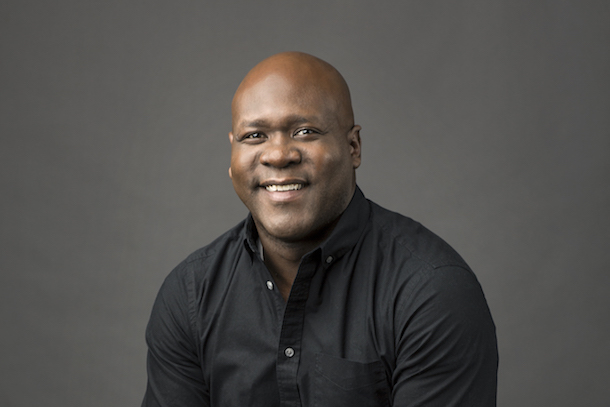 “I love helping actors find richness and specificity in the music. Helping them find their voice in the song or in the character is really rewarding.”

On a packed July night at Chicago’s Griffin Theatre, Jermaine Hill prepares backstage for another performance of Ragtime, a Broadway classic. Steven Flaherty, Ragtime’s Tony Award-winning original composer, sneaks into the back row unannounced. Hill plays one of two pianos and music directs in Griffin Theatre’s re-orchestration of Ragtime. His rendition continues to receive positive reviews in its fourth week. But Flaherty’s visit gives Hill the rare opportunity to earn the respect of one of musical theatre’s great figures.

Long before Griffin Theatre’s production of Ragtime, Hill was hustling on the stages of New York as a singer, pianist, and actor. But the focus of Hill’s career shifted when the luxury cruise line Royal Caribbean hired him as a vocal director, music arranger, and show co-creator for its theatrical production team. Hill put performance on the backburner as he coached actors and arranged music for Royal Caribbean. During this time, he learned something new about himself: “I love helping actors find richness and specificity in the music,” he says. “Helping them find their voice in the song or in the character is really rewarding.”

Now an assistant professor in Columbia College Chicago’s Theatre Department, Hill continues to help performers find their voice. In his musical theatre workshop for seniors, students research a role they would like to perform in the next five to 10 years. The assignment culminates in a presentation of their research and a short performance of their chosen role. Hill also prepares students for the Theatre Department’s senior showcase. Casting directors and talent agents attend the event and often find the kind of high-caliber performers they’re looking for. Hill has been teaching at Columbia only since 2017, but already some of his alumni have been cast at prominent theaters, including Paramount Theater, one of Illinois’ oldest and largest companies.

Back on that July night, Flaherty leaves his seat to find the pianist who played Ragtime’s re-orchestrated score. Flaherty congratulates Hill on a job well done. “He said it was one of his favorite productions he’d seen in a very long time. He was really moved by it,” Hill recalls. “It was really humbling and inspiring hearing that from him.” Months after Hill’s conversation with Flaherty, Griffin Theatre’s production of Ragtime won the 2018 Jeff Award for Best Musical Ensemble and garnered Hill his first Jeff nomination for Best Musical Direction.