Dean Corey Invites You to "Creativity and the City" 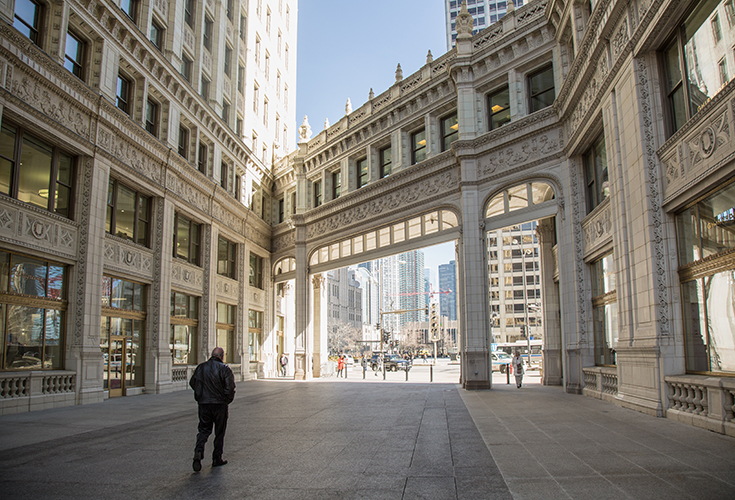 I am pleased to announce that this spring’s LAS Dean’s Lecture will be “Creativity and the City,” delivered by Columbia College Chicago’s very own Dominic Pacyga, PhD, on Tuesday, April 11, 2017, from 5:30-7:00pm in Hokin Hall (623 S. Wabash Ave., room 109), with refreshments provided.

Dr. Pacyga will look at the city as a driving force in creativity and ask a series of questions as to how and why cities are so important to fostering creative endeavors. Cities with their natural diversity are hot houses of new ideas and approaches. However, as this illustrated lecture argues, cultural creation does not exist in an economic or social vacuum. Especially important is the key role played by the ability to transfer ideas from one medium – such as jazz, painting, poetry, literature, and philosophy – to another. Dr. Pacyga will look at how the city has encouraged the creative spirit over time with a focus on the nineteenth and twentieth century European and American urban experience.

Dr. Pacyga is a Professor of History in the Department of Humanities, History and Social Sciences (HHSS). He received his PhD in History from the University of Illinois at Chicago in 1981 and joined Columbia as a faculty member in 1984. Dr. Pacyga is widely regarded as one of the leading scholars—if not the leading authority—on the history of Chicago. He has authored or coauthored six books on Chicago's history, including: Slaughterhouse: Chicago's Union Stock Yard and the World it Made (2015); Chicago: A Biography (2009); and Polish Immigrants and Industrial Chicago (1991). Dr. Pacyga lectures widely on a variety of topics, including urban development, labor history, immigration and racial and ethnic relations.

Dr. Pacyga is a winner of the Oscar Halecki Award from the Polish American Historical Association and a winner of the Catholic Book Award. In both 1999 and 2011 he received the Columbia College Chicago Award for Excellence in Teaching. He has been a visiting professor at both the University of Chicago and the University of Illinois at Chicago.  In the spring of 2005, he was a Visiting Scholar in Campion Hall at Oxford University. In 2013-2014 he served as a Fulbright Lecturer in the Institute for American Studies at the Jagiellonian University in Krakow, Poland. In 2013, the Polish American Historical Association awarded Dr. Pacyga the Haiman Award for his contribution to Polish American Studies. The Polish Genealogical Society awarded Dr. Pacyga the Wigilia Award for his contributions to Polish genealogical research in 2015.

Please join us at this spring’s Dean’s Lecture: