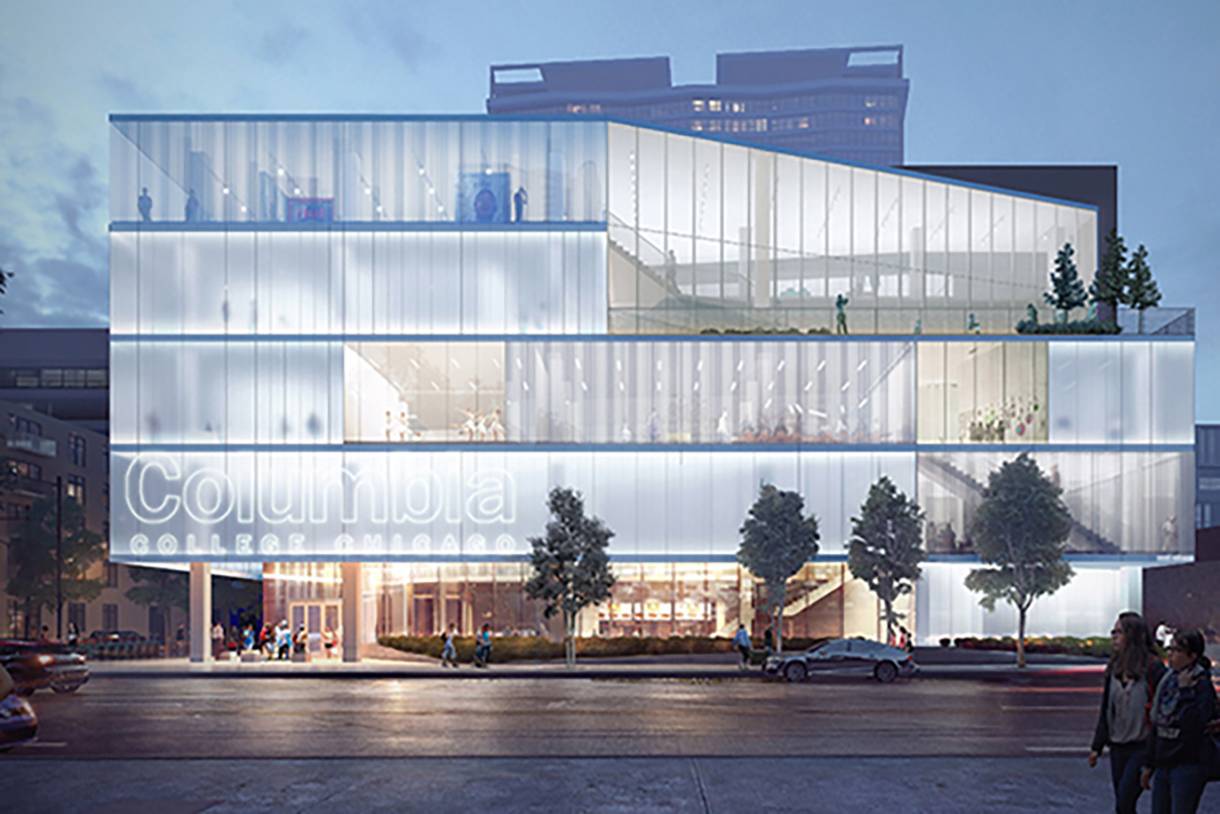 The construction of Columbia's first-ever student center nears completion as a final beam is hoisted into place. On October 15, 2018, the beam was signed by President Kwang-Wu Kim, Board of Trustees Chair Bill Wolf, students, and many more.

A 90-foot beam the length of two semi-trucks was hoisted atop the new Columbia College Chicago Student Center last week. Known as “topping out,” the beam’s placement means the super-structure, or major weight-bearing components, is now in place. Before being lifted by crane, Columbia President and CEO Kwang-Wu Kim and Columbia Board of Trustees Chair Bill Wolf signed the beam, along with Columbia students, representatives from Pepper Construction, local iron workers, and other construction crews.

The beam will support what will be the 800-person event space on the top floor of the Student Center, scheduled to open in 2019.