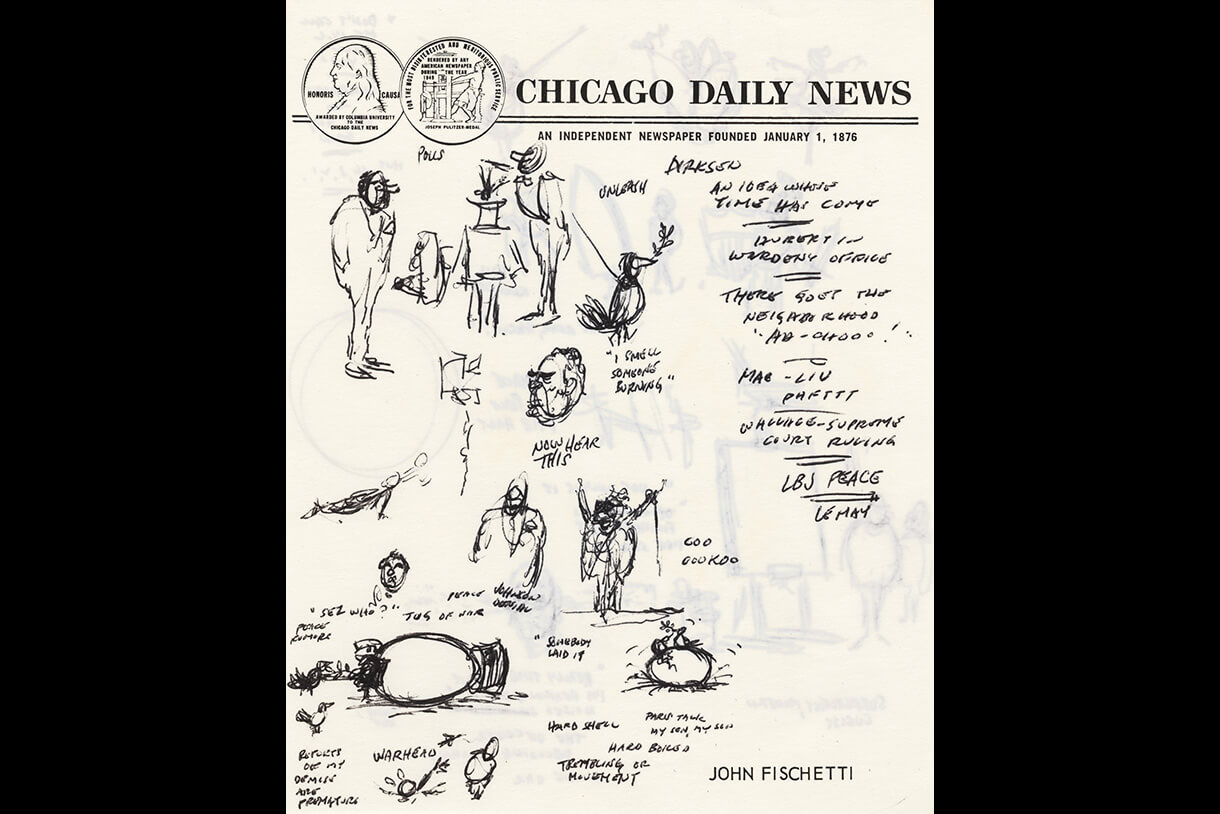 Columbia College Chicago’s College Archives and Special Collections (CASPC) has collection material loaned to the Richard Nixon Presidential Library in Yorba Linda, CA for an exhibit called “Vote Like Your Whole World Depended on It: The Story of the 1968 Election”. The exhibit features material from CASPC’s original John R. Fischetti sketchbook from 1968, the year for which Fischetti won a Pulitzer Prize for his editorial cartoons.

Columbia acquired this collection of sketchbooks, completed illustrations, travel sketches, and comic panels from the John Fischetti estate due to the close ties Columbia had with the Fischetti family and what had been the college’s annual editorial carton competition named in his honor.

CASPC has made a substantial amount of material from the John Fischetti Collection online, including the 1968 sketchbook. These are not finished but are conceptual sketches of the daily editorial cartoons Fischetti created as a syndicated newspaper cartoonist. There is more information about the collection available through CASPC’s digital commons.