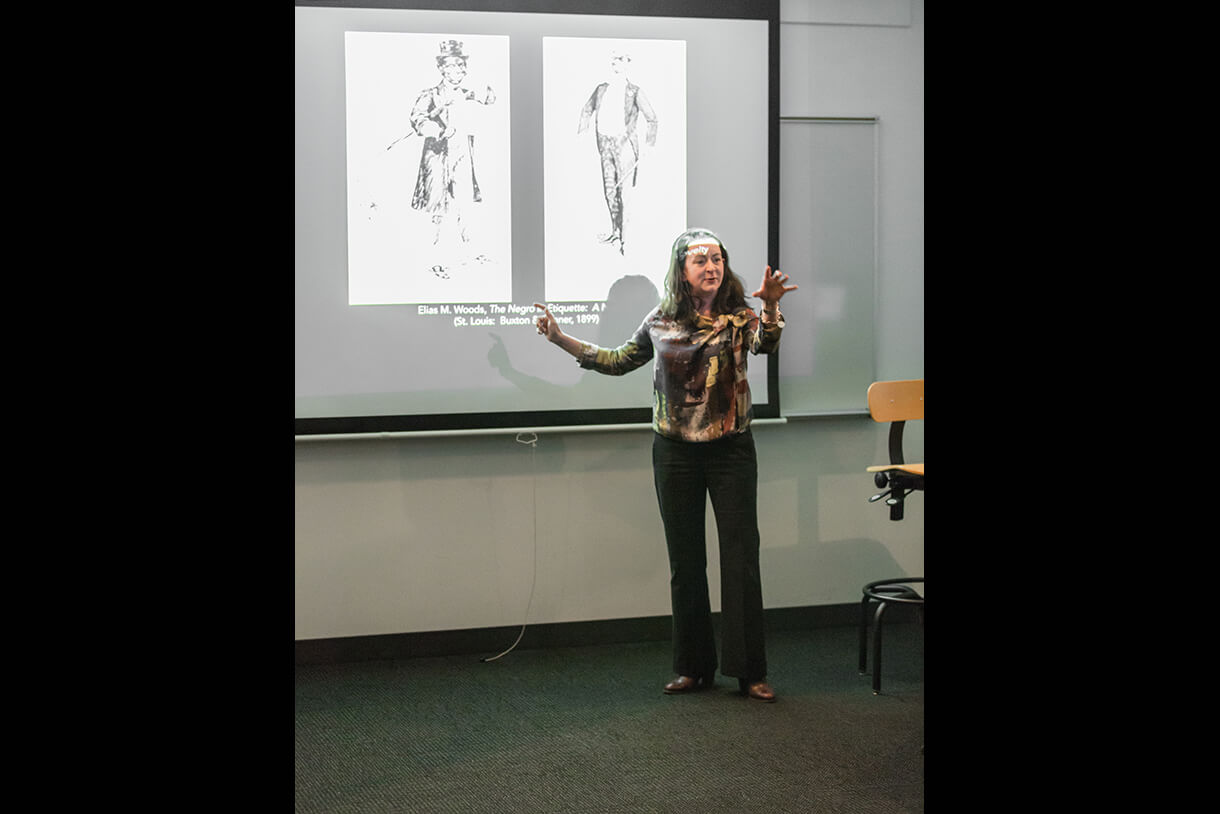 During her tenure in Oxford as the Terra Foundation Visiting Professor of American Art, Professor Mooney will complete her second book, "Portraits of Noteworthy Character: Negotiating a Collective American Identity." Photo: Phil Dembinski '08
Along with teaching at Oxford for the 2019-20 academic year, Art and Art History Associate Professor Amy Mooney will also be a Visiting Fellow at Worcester College.

According to an announcement from December 20, 2018, by the University of Oxford, Columbia's Art and Art History Associate Professor Amy Mooney has been appointed as the next Terra Foundation for American Art Visiting Professor at the University of Oxford with a Visiting Fellowship at Worcester College. With a specialty in African American art, Mooney will be in Oxford for the 2019-20 academic year. The Visiting Professorship has been made possible by a generous gift from the Terra Foundation for American Art.

From the University of Oxford’s announcement:

The aim of the Visiting Professorship is to promote the study of American art from a global perspective at the University of Oxford and beyond. To achieve this, each Visiting Professor engages in advanced research in the visual arts of the United States from the colonial period onwards, delivers public lectures and organizes symposia that encourage international research collaboration, and offers courses to undergraduate and graduate students.

Professor Mooney’s research focuses on African American art and visual culture. Her publications include a monograph on the Chicago painter Archibald J. Motley, Jr. (2004) and contributions to anthologies and catalogues including Beyond Face: New Perspectives in Portraiture (2018), Archibald Motley: Jazz Age Modernist (2014), and Romare Bearden in the Modernist Tradition (2009). She has been awarded fellowships by the American Council of Learned Societies, the Black Metropolis Research Consortium with the Andrew Mellon Foundation, the Joyce Foundation, the National Portrait Gallery, the Smithsonian American Art Museum, and the Terra Foundation for American Art.

In collaboration with photography historian Dr. Deborah Willis and the Museum of Contemporary Photography at Columbia College Chicago, she recently launched a Digital Humanities project entitled Say It with Pictures Then and Now that recovers and critically examines the work of Chicago’s African American photographers from the 1890s into the 1930s. As part of the Terra Foundation’s Art Design Chicago initiative, this project will generate an exhibition and catalogue that brings to light Chicago’s contributions to the formation of modern black subjectivities.

Amy Mooney noted: “It is such an honour to have the opportunity to engage with scholars and students at Oxford. I am looking forward to furthering my research on portraiture, the politics of identity, and the social functions of the genre. I am especially eager to explore American portraiture from a global perspective.” Suzanne Blum Malley, Interim Senior Vice President and Provost at Columbia College Chicago, added: "We are very pleased to support Professor Mooney’s appointment and are thrilled to see her excellent work highlighted in this way.”

During her tenure in Oxford as the Terra Foundation Visiting Professor of American Art, Professor Mooney will complete her second book, Portraits of Noteworthy Character: Negotiating a Collective American Identity, which will be published by Duke University Press. The project investigates the ways in which individuals and institutions looked to the portrait as a means to effect social change.