Schimmel’s film, which had its world premiere on March 5, follows the relationship between a well-known musician and an aspiring artist.

The Musician is a story of a famous violinist who spends her days dressing up as a street musician to perform. The film features musician Anne Harris and first-time actor Reese Harley, who plays the child that steals Harris’ violin when she is distracted by a security guard. The film was partially funded by a professional grant from Columbia College Chicago. It was shot during the summer of 2018 with the the assistance of students Connor Townsend and Merissa Duignan and alums Justin Franklin and Jeremiah Baffour-Ose. Watch the trailer for The Musician here. 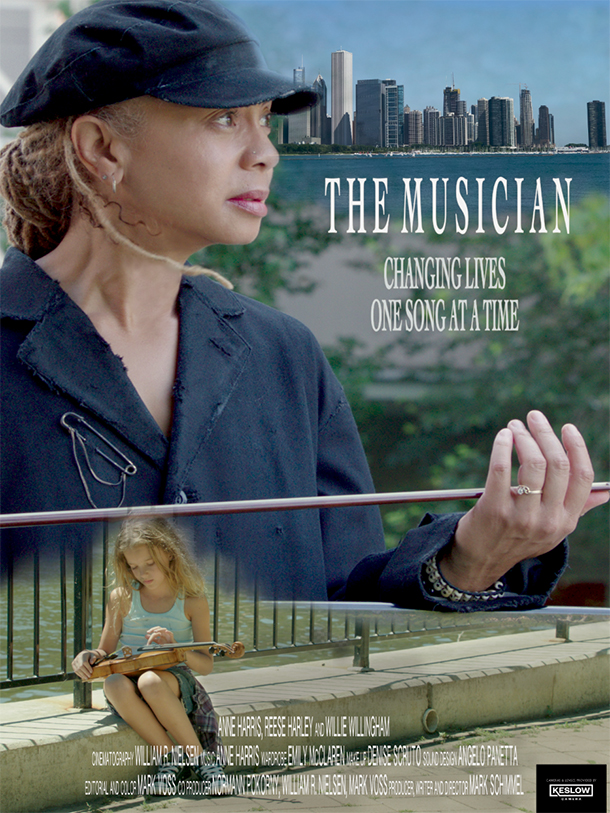