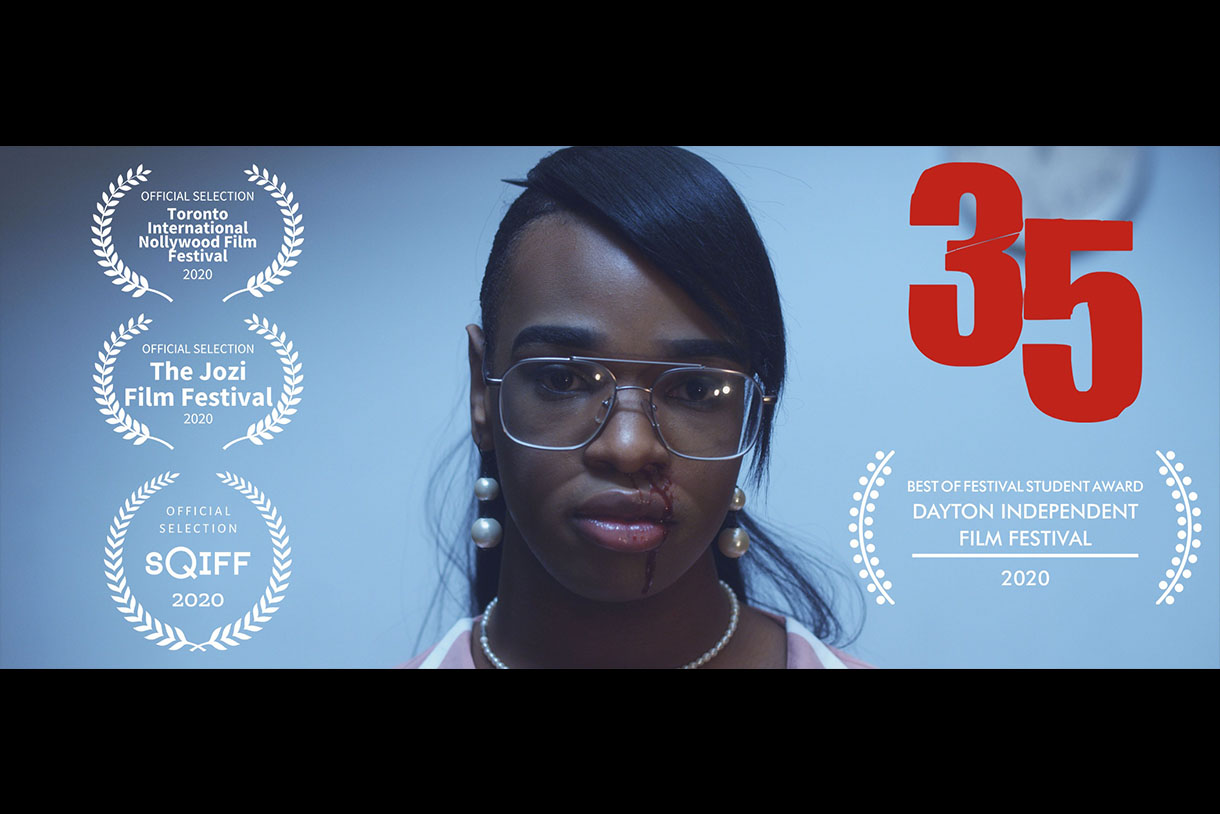 "35," produced and directed by two #Columalums, follows the story of a Black transwoman's survival.

The film follows a Black transwoman (Freyhja Ravencroft) who finds herself on a nightmarish quest through a mysterious government agency to reach her next birthday. Obrimah has said of the film, “'35' helped cultivate my storytelling and producing skills. I learned how to truly collaborate while standing up for my ideas and while telling an important story about the violence people perpetrate against Black transwomen.”

Check out the trailer for the film here. Follow Obrimah’s work @missobrimah