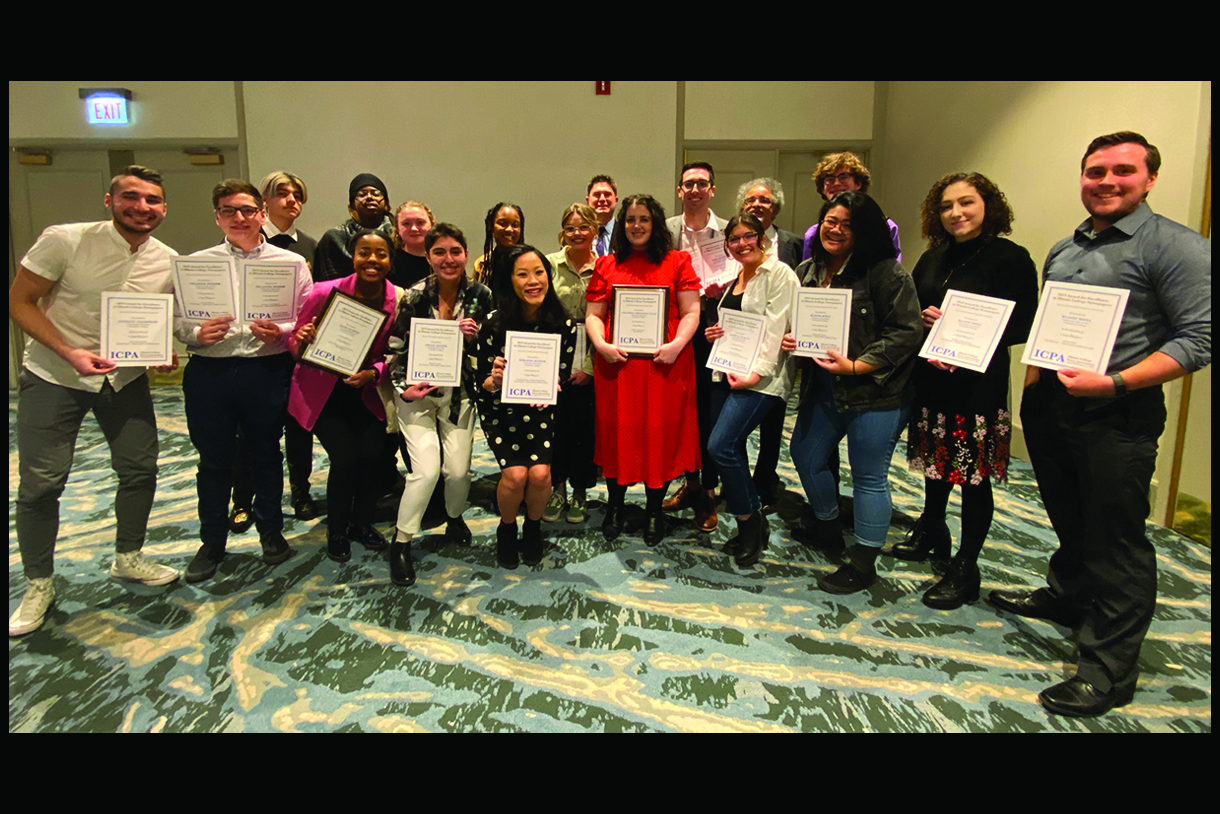 The staff of The Chronicle with their awards
The Columbia Chronicle wins big at 2020 ICPA Awards.

Columbia College Chicago is proud to announce that the student staff of The Columbia Chronicle took home 21 awards at the Illinois College Press Association’s annual convention, held Feb 21-22 in Chicago.

In the Open Division including all 27 competing schools from across the state, The Chronicle staff, led by Editor-in-Chief Alexandra Yetter, won for best Special Supplement for its 2019 Sex Issue. Columbia College Chicago student Zack Jackson placed second for an advertisement (less than full page), and Kendall Polidori placed third for a critical review (other than film).

The Chronicle has also recently been recognized for its outstanding work by the Associated Collegiate Press and the College Media Association. For a comprehensive list of Columbia Chronicle awards, go to: https://columbiachronicle.com/awards.