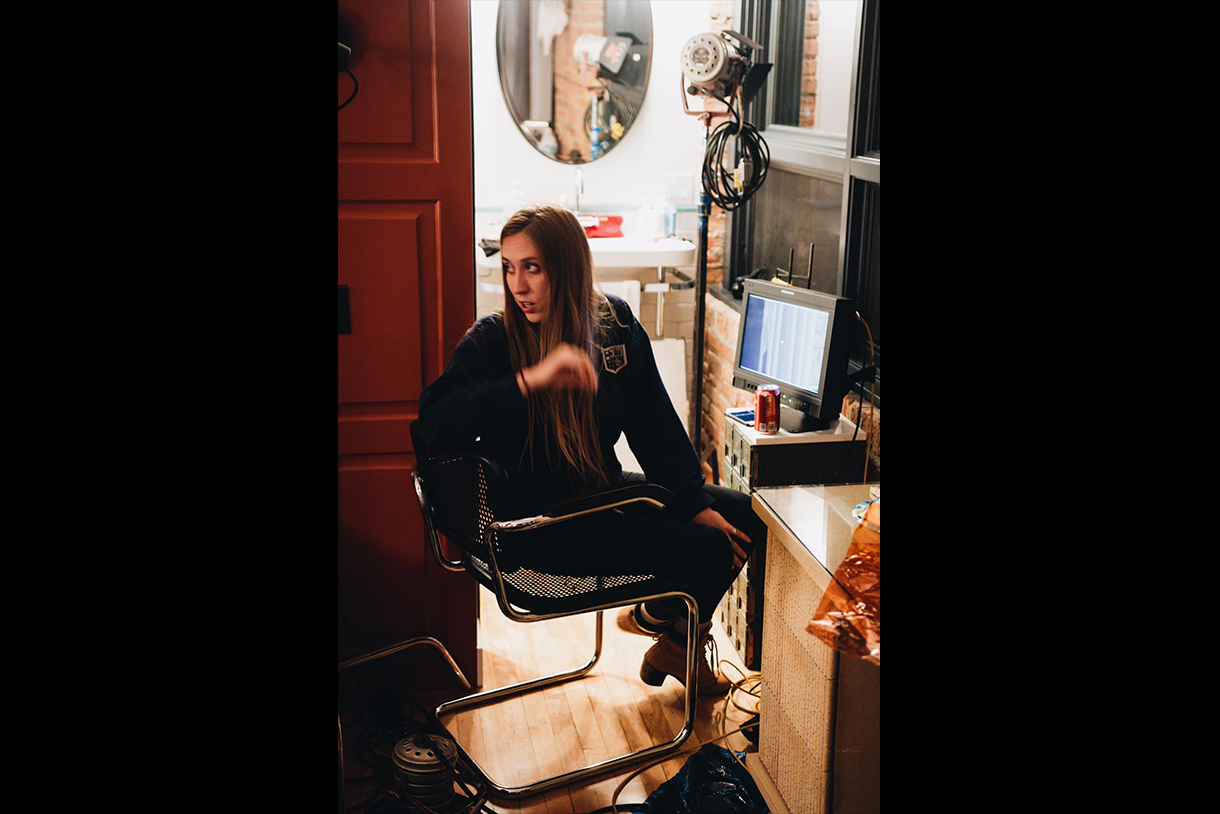 A set photo from "Blush."
Columbia alumni come together to create a film that explores life and love in the heart of Chicago

The film, which has been recognized on The Shirley Hamilton Agency's social channels, was written by Em Johnson and Cyril Bassil, directed by Em Johnson, and produced by Cyril Bassil and Irati Santiago. Bassil, Johnson, and Santiago all hold MFAs from Columbia College Chicago's School of Cinema and Television Arts. Cinematographer JP O'Rourke and Sound Mixer John Draughon are also Columbia College Chicago alumni.

For the creators of the film, the story of the production team was as important as the project's narrative. As alumnus Bassil noted, "In addition to being proud alumni from our school, we are proud to be a diverse team led by a woman director and middle eastern producer, who together have succeeded in bringing this story to the big screen."