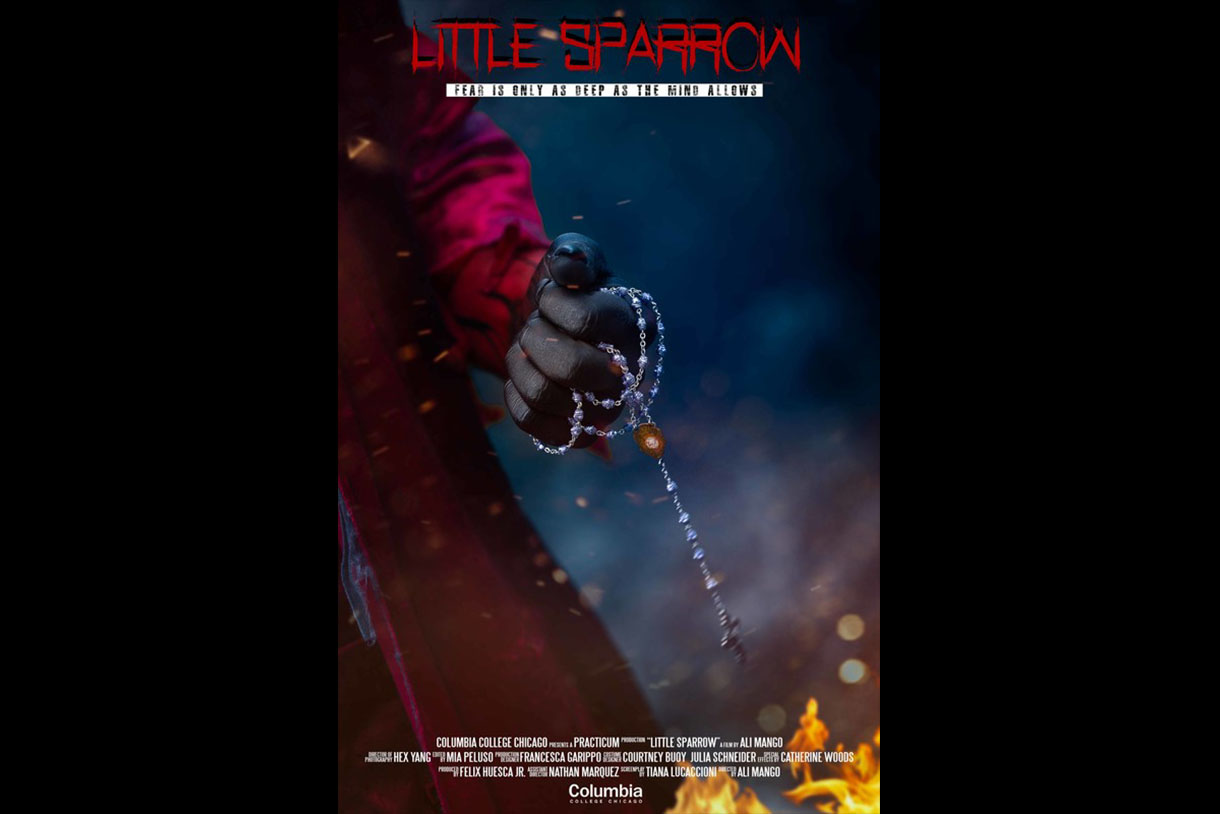 Little Sparrow, a practicum short film, has been nominated for Best Short Horror Film at the Southern Horror Film Festival, which will be held October 31, 2020.

The film follows Paloma and her two sibliings venturing into the woods to spread their grandmother's ashes. On this quest, they encounter a demonic creature that plays on their faults and fears. This film was previously screened at the 2019 Magikal Charm Experimental Film Festival in New York City, NY and the 2020 Horror Bowl Film Festival in Punjab, India.

The organizers of the film festival have detailed information regarding COVID safety, scheduling, festival swag, and more. If you are interested in this information, please contact the Advanced Production Office at production@colum.edu.

You can see more information about the film here.