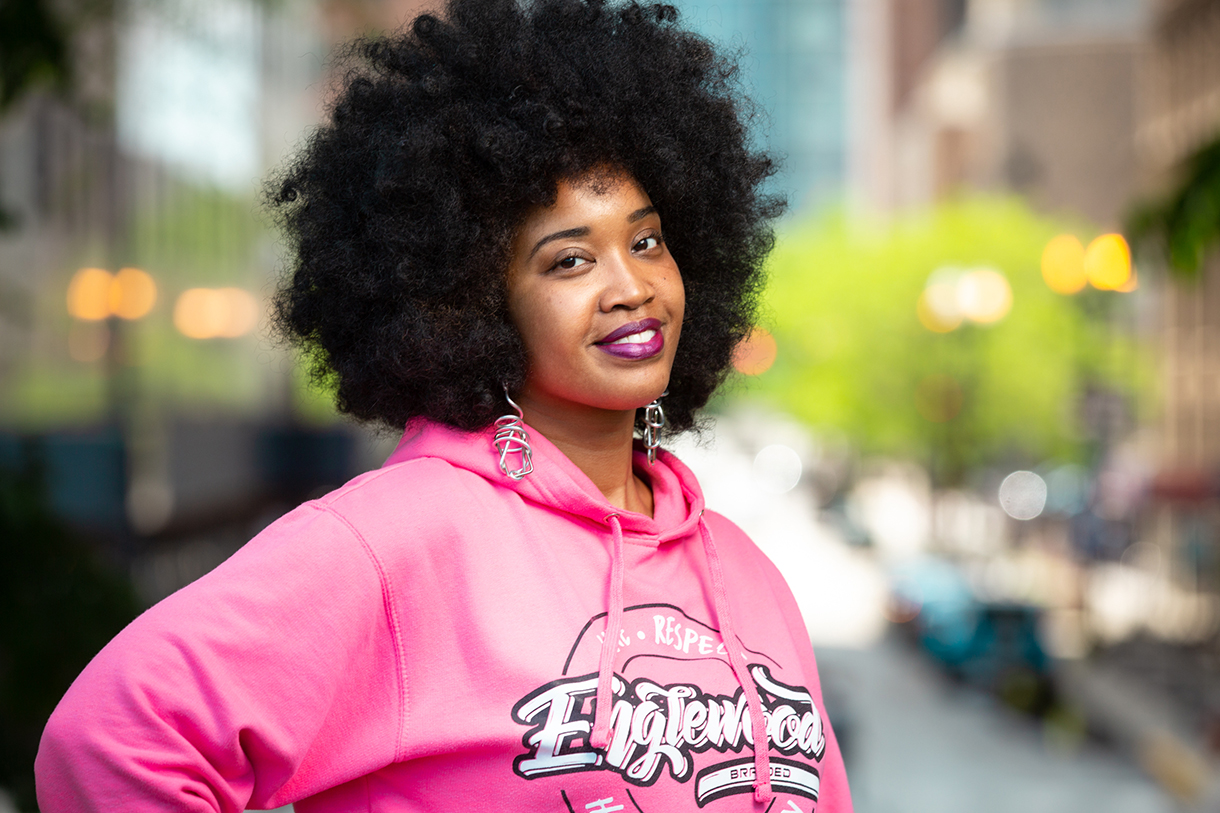 Johnson, who studied journalism and photojournalism at Columbia College Chicago, has been honored by StreetWise as one of the 20 Most Inspiring Chicagoans in 2020.

Tonika Johnson, social justice artist and photographer, has been named among the 20 Most Inspiring Chicagoans in 2020 by StreetWise.

Johnson, who graduated in 2003, studied journalism and photojournalism during her time at Columbia College Chicago. Her work focuses on capturing neighborhoods of Chicago that are typically only seen in one light. Johnson grew up in the city, largely in the Englewood neighborhood and on the North Side of the city.

Johnson's artistic practice explores urban segregation and documents the nuance and richness of the black community. In 2010, she helped co-found Resident Association of Greater Englewood (R.A.G.E.) whose mission is to "mobilize people and resources to force positive change in Englewood through solution-based approaches."

She was featured in Chicago Magazine as a 2017 Chicagoan of the Year. Her work has been featured at Rootwork Gallery in Pilsen, the Chicago Cultural Center, Harold Washington Library Center, and the Chicago Reader.

Her current ongoing project, Folded Map, visually investigates disparities among Chicago residents while bringing them together to have a conversation, was also exhibited at Loyola University Museum of Art (LUMA) in 2018. She transformed this project into an advocacy and policy-influencing tool that invites audiences to open a dialogue and question how we are all socially impacted by racial and institutional conditions that segregate the city.

In 2019, she was named one of Field Foundation's Leaders for a New Chicago and most recently, she was appointed as a member of the Cultural Advisory Council of the Department of Cultural Affairs and Special Events by the Chicago City Council.

The 2020 20 Most Inspiring Chicagoans Gala will streamed live on Thursday, October 1. You can watch the event here.