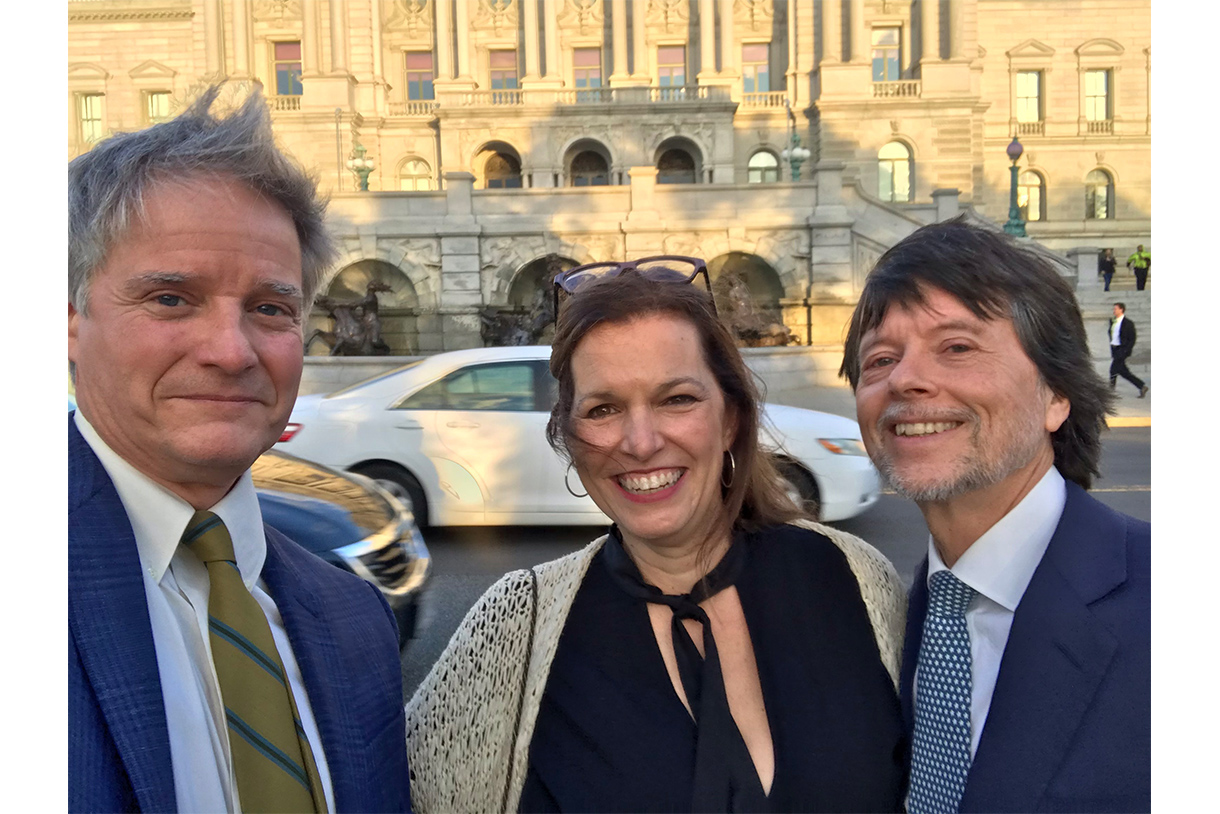 Ted Hardin, Elizabeth Coffman, and Ken Burns in Washington, DC.
The Columbia community came together to work on "Flannery," an award-winning documentary about the life of southern writer, Flannery O'Connor.

Columbia College Chicago is proud to announce that “Flannery,” the award-winning documentary for which Cinema and Television Arts Associate Professor Ted Hardin acted as Producer, Director of Photography, and Sound Designer, will be airing nationally on PBS American Masters from March 23-26th, 2021. You can find the schedule here.

“Flannery” is the lyrical, intimate exploration of the life and work of author Flannery O’Connor, whose distinctive Southern Gothic style influenced a generation of artists and activists. With her family home at Andalusia (the Georgia farm where she grew up and later wrote her best-known work) as a backdrop, a picture of the woman behind her sharply aware, starkly redemptive style comes into focus. Including conversations with those who knew her and those inspired by her (Mary Karr, Tommy Lee Jones, Hilton Als and more), music by Lucinda Williams, Bruce Springsteen, film composer Miriam Cutler, “Flannery” employs never-before-seen archival footage, newly discovered personal letters and her own published words (read by Mary Steenburgen) alongside original animations and music to examine the life and legacy of an American literary icon.

In Chicago, the film was first screened through the American Writers' Museum on July 17th, 2020. It also premiered virtually in over fifty cinemas across the US.

“Flannery” is the recipient of the first-ever Library of Congress/Lavine Family/Ken Burns award for documentary and the winner of the jury prize for documentary at the Austin Film Festival. The film has also been featured in Picture This Post, Women in Hollywood, The Berkshire Edge, North Texas Catholic, Mountain Xpress, and on Aletia.org.

Questions regarding the film can be directed to Ted Hardin at thardin@colum.edu.