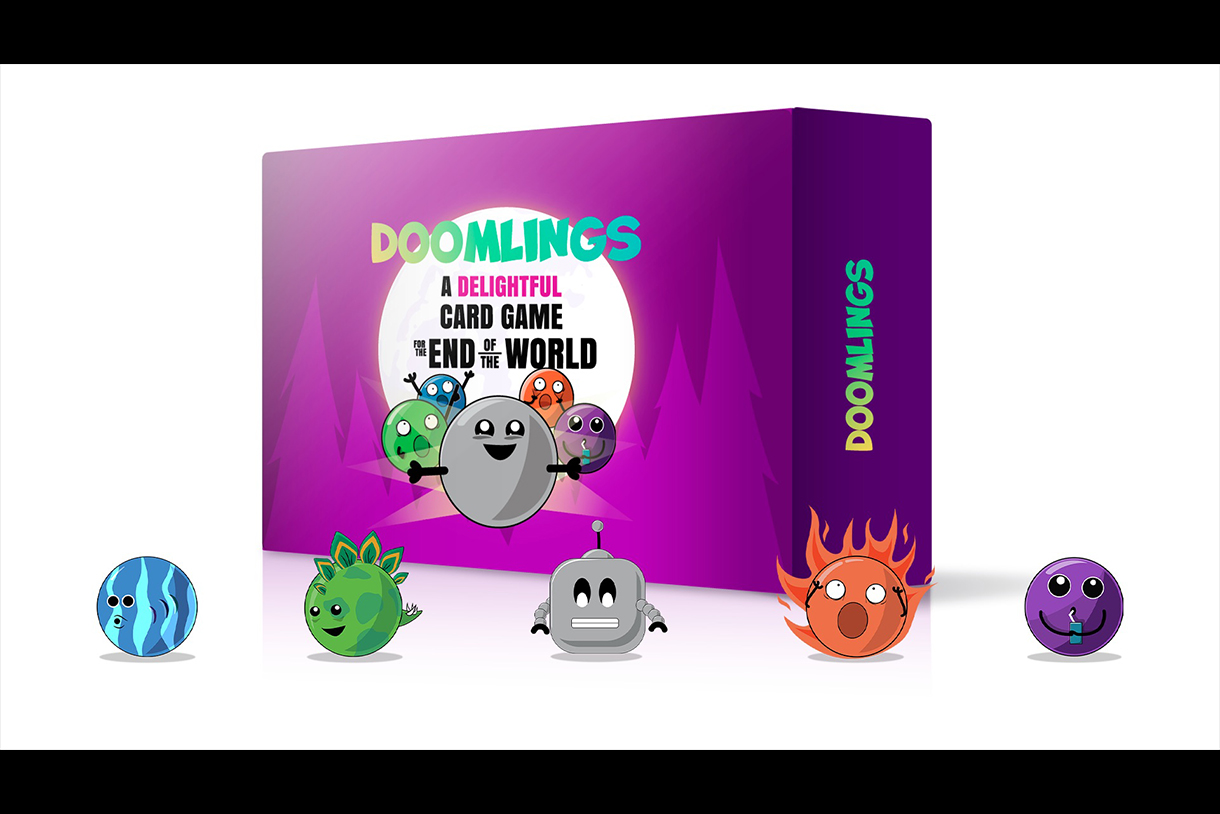 Columbia College Chicago is pleased to announce that three tenacious CTVA alums launched their new game during the first week of March 2021. The game, which has been described by its creators as a "tongue-in-cheek take on the end of the world," has been largely funded by a community clammoring for new ways to connect and have fun during the COVID-19 pandemic.

The object of Doomlings is to score the most points by the "End of the World," through playing traits from your hand. Each game is played in rounds, which are called Ages. Each Age introduces a new rule to the game play. However, player beware: some Ages are Catastrophes, which force the player to adapt before moving forward. After three "Catastophes," the world ends and the player with the most cards wins.

Doomlings has been hugely successful due to crowdfunding. The creators had a first goal of $10,000 which was met within the first 49 minutes of the game's Kickstarter campaign going live. Now, the game has raised over $100,000. "We prepared for every scenario going in: people might love it, they might hate it and they might be indifferent. But we never prepared for this," says McCoy, the group's campaign manager.

With incredible success already, the group is now planning on transitioning the game into a narrative context, which is yet to be determined. "We like to say that the mantra of our game is, 'It's the end of the world, and I feel fine," says director and creator McCoy, playing on the R.E.M hit song fom 1987. This group is more than fine. In fact, for them, the adventure is just beginning.

The Doomlings Kickstarter page is found here: http://bit.ly/DoomlingsGame. Backers will be among the first to receive a copy of the game before it hits retail.