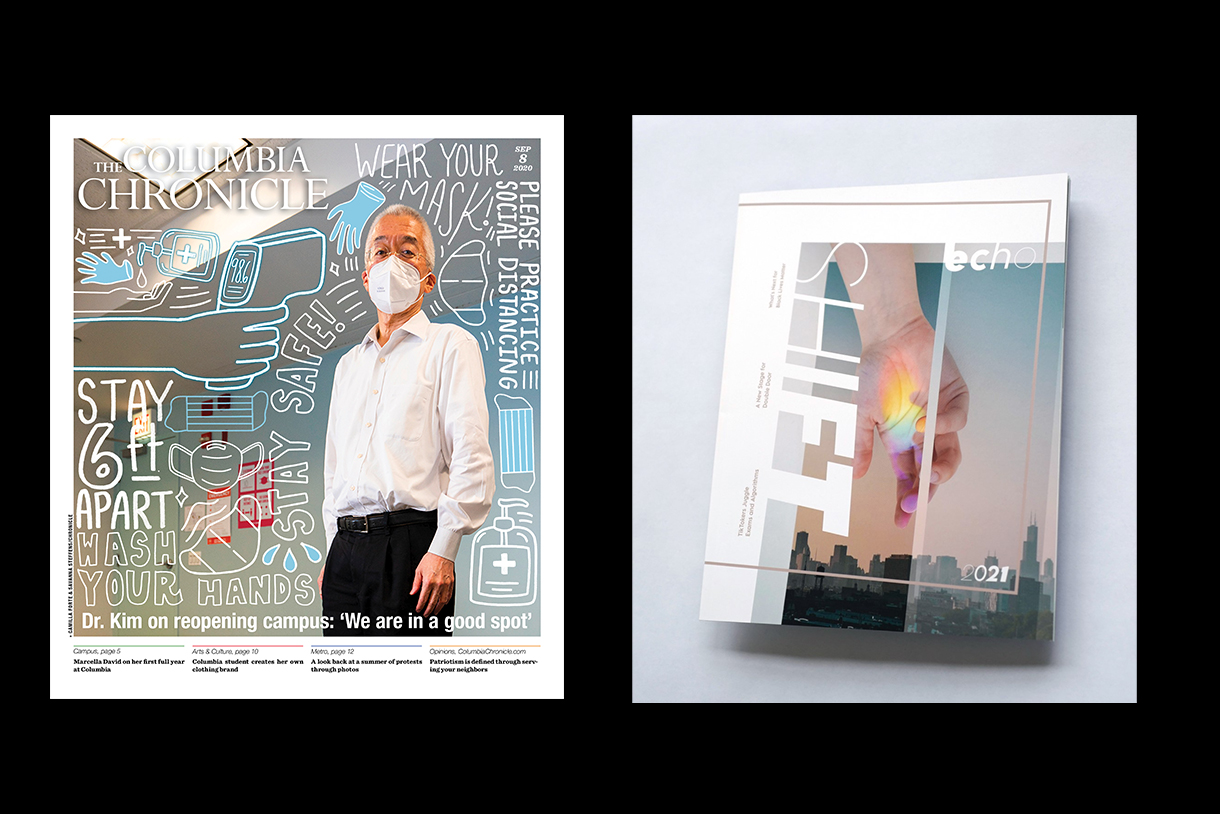 Columbia College Chicago is pleased to announce that the Columbia Chronicle and Echo magazine have been recognized by the Columbia Scolastic Press Association and the Associated Collegiate Press for their work in the field of journalism during the 2019-2020 academic year and the 2020-2021 academic year.

In addition, announced earlier this week, the Associated Collegiate Press put together a list of their top 100 student publications in celebration of the organization's 100th birthday, based on which ones placed as a finalist or a winner of their Pacemaker award through the years. This award is the Associated Collegiate Press' top national honor. “The Pacemaker really represents the best of the best and it is appropriate that we recognize the rich tradition this award has in collegiate journalism as part of our centennial celebration,” ACP associate director Gary Lundgren said. The ACP's "Pacemaker 100" included The Columbia Chronicle newspaper, the Chronicle's online component, and Echo magazine. Columbia was the only Illinois school represented more than once. The full list is alphabetical by state and school, and you can see the information here.

Other institutions represented were Northwestern, SAIC, and U of I. Further questions about this award can be directed to Travis Truitt at ttruitt@colum.edu.