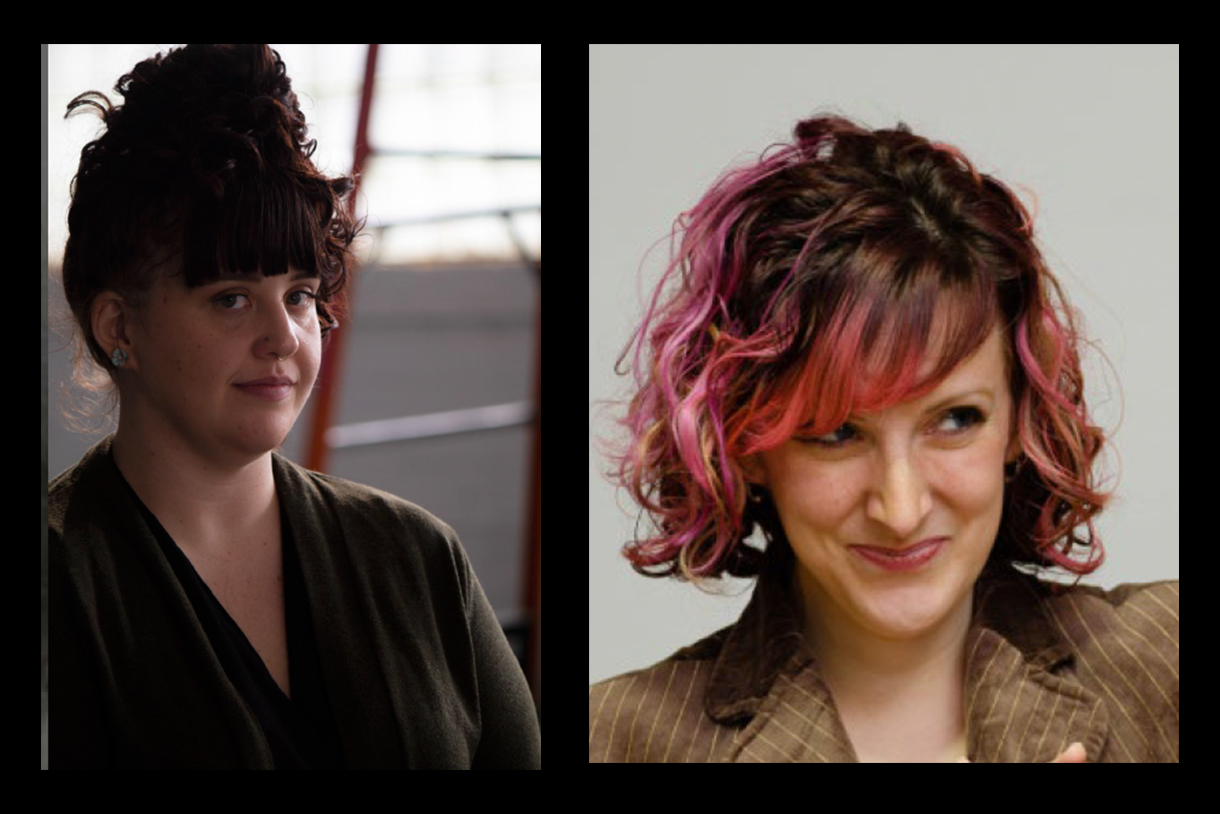 Lindy Stokes (L) and Beth Ashby (R)
"Where Monsters Lurk," which is currently in pre-production, won a $5,000 grant from The Film Fund. The film is being produced by Lindy Stokes and was written and directed by Beth Ashby.

Columbia College Chicago is pleased to announce that "Where Monsters Lurk," a CTVA MFA thesis film, has recently been awarded a $5,000 grant from The Film Fund.

"Where Monsters Lurk" follows Kelly, a woman who is tormented by her depression, who begins self-medicating in order to contend with her inner-self. The film is supported by Associate Professor Michael Caplan and Assistant Professor Missy Hernandez, both faculty advisors for the project.

Producer Lindy Stokes, who is an MFA candidate in Creative Producing, comes to the project with a long history of focusing on horror in TV and film. Her credits include the 2018 feature "The Whole Lot," directed by Connor Rickman, and the upcoming short film "Skin and Bones" (2021). Director Beth Ashby, also an MFA candidate at Columbia College Chicago, comes to this project after creating branded digital series for clients including Build-a-Bear, Cepia, and SEGA.

"Where Monsters Lurk" will be filmed February 8th-13th at the MPC. Questions regarding the project can be directed to Lindy Stokes at lstokes@colum.edu.