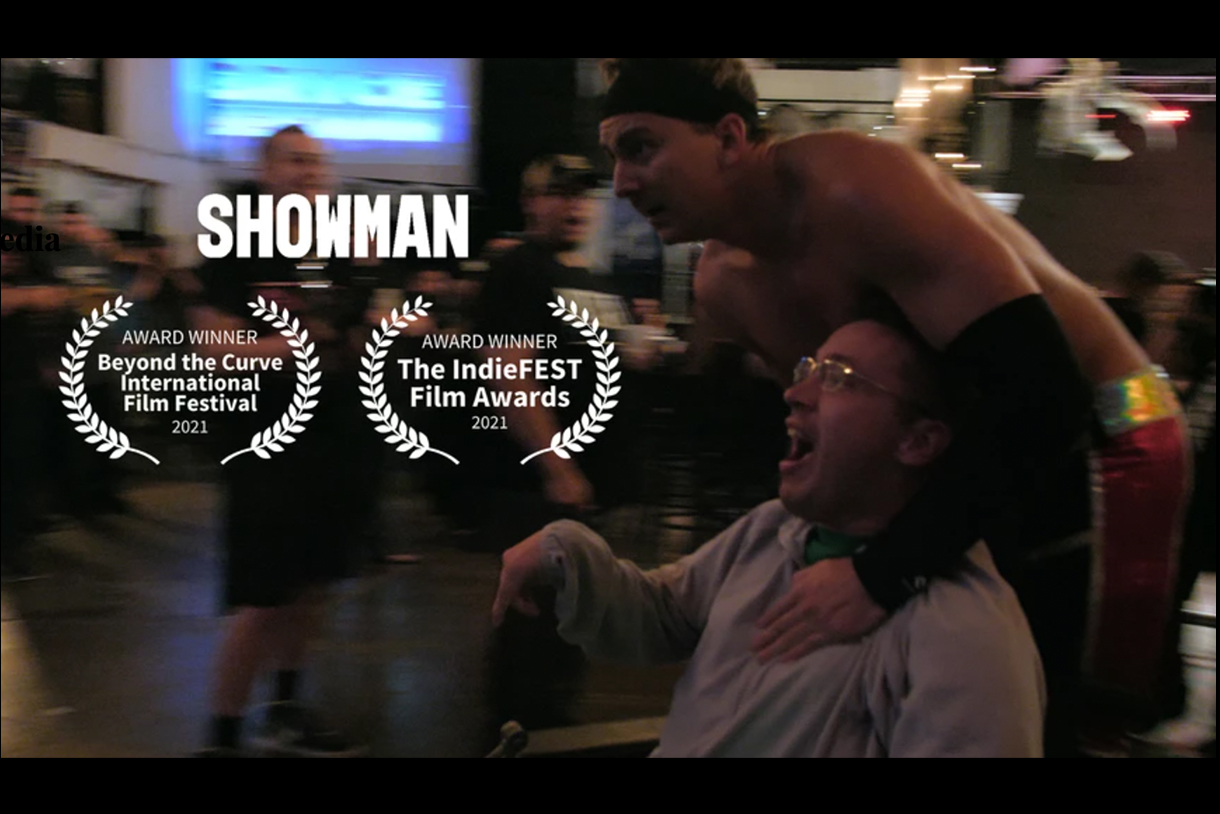 The documentary was directed by Cinema and Television Arts alum Armin Korsos '20.

Columbia College Chicago is proud to announce the success of the documentary "Showman," which features the story of Justin Herbst, a quadriplegic man with cerebral palsy working to break the sterreotypes around disability. The film follows Herbst in his daily life, and centers on his passion for wrestling and dream of performing alongside professionals.

Armin Korsos, who graduated with a BA from Columbia College Chicago's documentary program, was the director and cinematographer for this film. Of his passion for telling Herbst's story Korsos says, "[I wanted to show] that just because you are wheelchair bound doesn't mean that people should feel sorry for you. Justin and I go way back...I knew all along there was a story to explore with Justin, and the right time came in the fall of 2019 to start filming. Justin took me on an unexpected journey, and I can not wait to share this film with everyone."

Other Columbia College Chicago alums were involved in this production, including William Pritts '19 who edited the film and worked on audio in post. Pritts said of his experience, "This film demanded much more of me than to just make a film with cool wrestling shots. As I combed through hours of interviews and footage with Justin it challenged my perception of disabilities as an able-bodied person, and I hope that this story and Justin’s words are a catalyst for the same introspection for our audience."

For more information about the film, you can contact the filmmakers here.