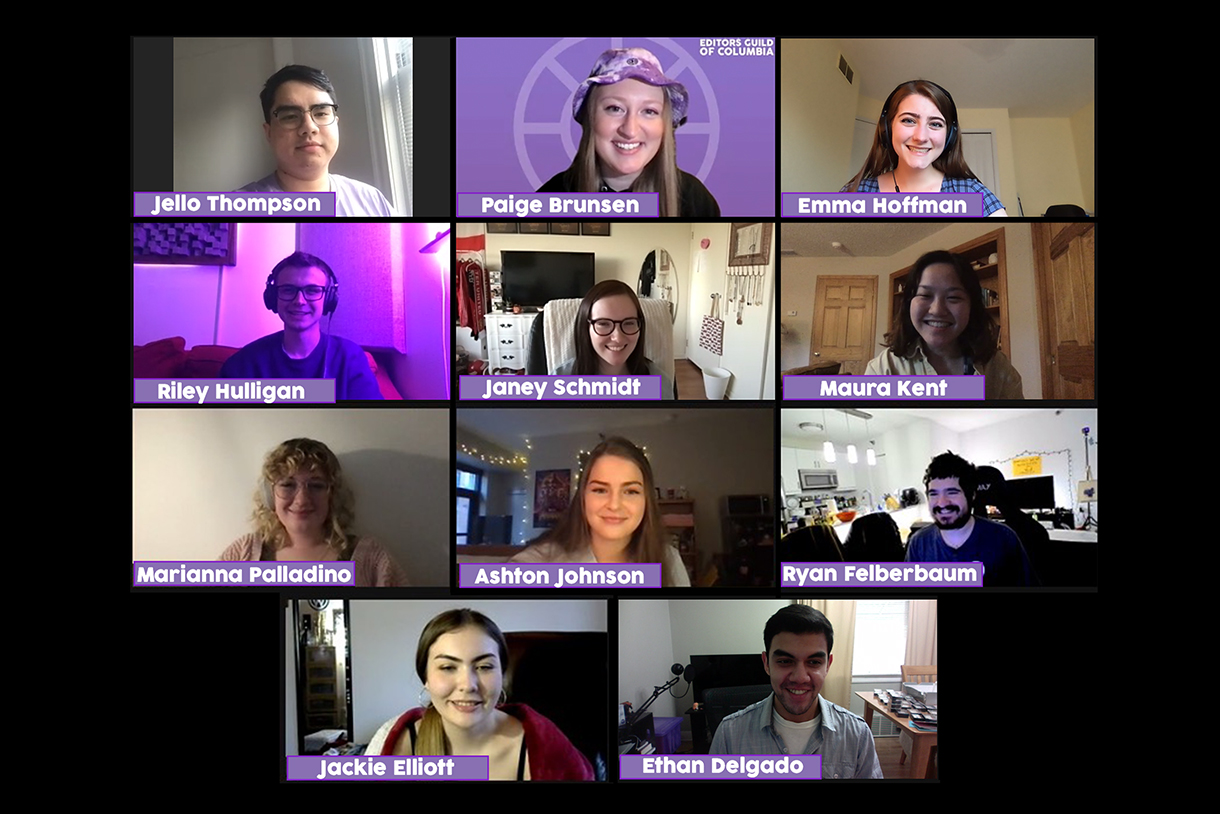 The Editors Guild of Columbia, Cinema and Television Arts, proudly took home several awards from the 2020-2021 Excellence in Leadership Awards!

Columbia College Chicago is pround to announce that the Editors Guild of Columbia took home five awards at the 2020-2021 Excellence in Leadership Awards, which were announced on Thursday, May 13th, 2021. According to its website, "The Excellence in Leadership Awards (ELAs) recognize students, faculty, and staff who have significantly contributed to improving the quality of student life and involvement during the past academic year at Columbia College."

The following awards were announced:

According to Zurek, faculty advisor to the Editors Guild of Columbia and Professor Instruction and Postproduction in Cinema and Television Arts, "This was the culmination of hard work and continued collaboration of the executive board members who mentor our student community in CTVA's postproduction and sound for cinema areas." Chair of Cinema and Television Arts Thelma Vickroy agreed, adding, "Congratulations to all! Totally deserving for all the work this year!!!"