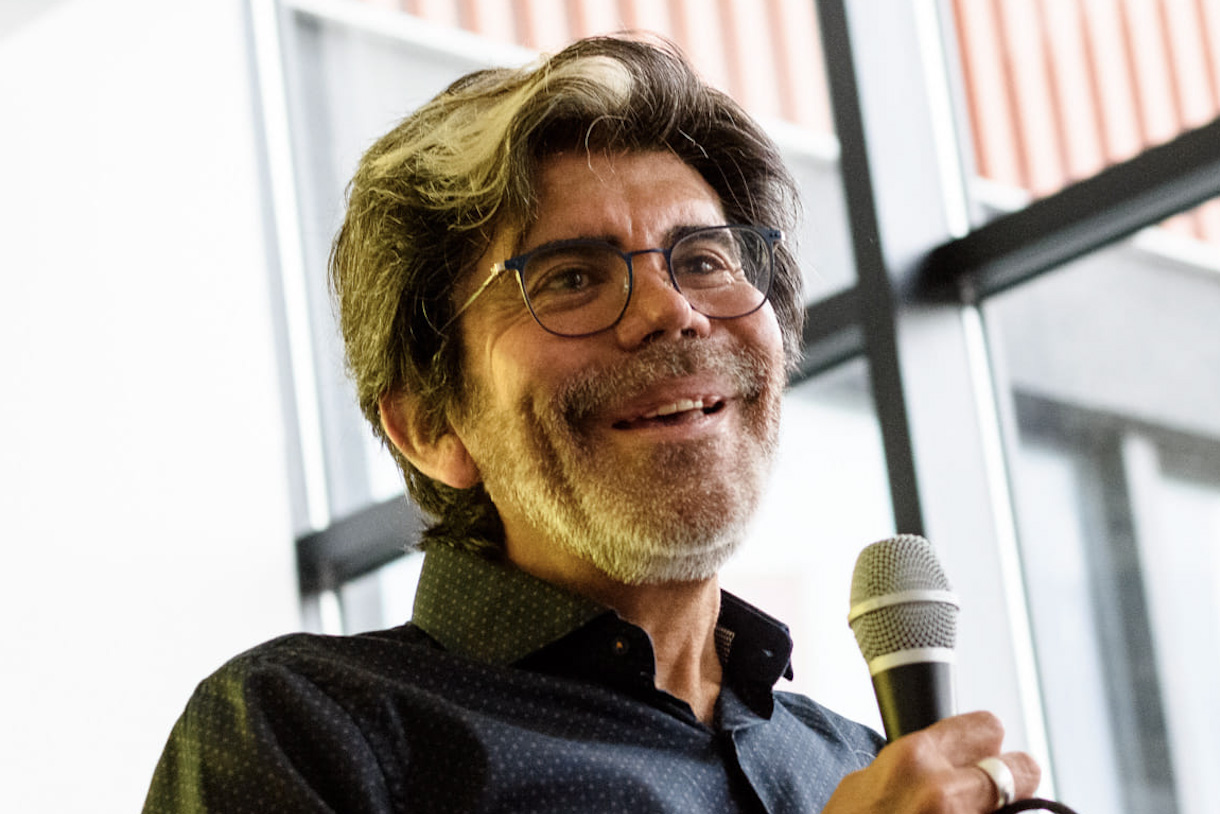 Journalism Associate Professor Elio Leturia opened his poster series No Literal exhibit in Spain, at the University of Málaga School of Communication on May 16, 2022. According to La Vanguardia newspaper, the exhibit “through the use of typography and images, the use of two colors (black and red) and bilingually (Spanish-English), the posters show some problematic issues in the use of language by the media for the large Spanish-speaking population in the United States.”

It was originally exhibited at the Harold Washington Library for the 2017 Hispanic Heritage Month, in 2018 in the Instituto Cervantes of Chicago, and in 2020 at the University of Applied Sciences in Lima, Peru.

On May 24, Leturia traveled to Cetinje, Montenegro, to present at the #10 FLUID Conference organized by the University of Montenegro School of Fine Arts. This week-long annual conference, now in its 10th edition, gathers designers and artists from all of the former Yugoslavia countries, as well as other European countries. Additionally, his No Literal poster series opened as part of the most important visual communication conference in Montenegro. According to Montenegrina magazine, “This year's edition of the conference, under the theme "Ego Ergo Sum" (I read; therefore, I exist), deals with the relationship between design and reading through the prism of contemporary social practices.”

Leturia just returned to Chicago after completing a Fulbright Senior Scholar award at the Universidad de Málaga in Spain.

Check out the links below to learn more about Leturia's exhibits: