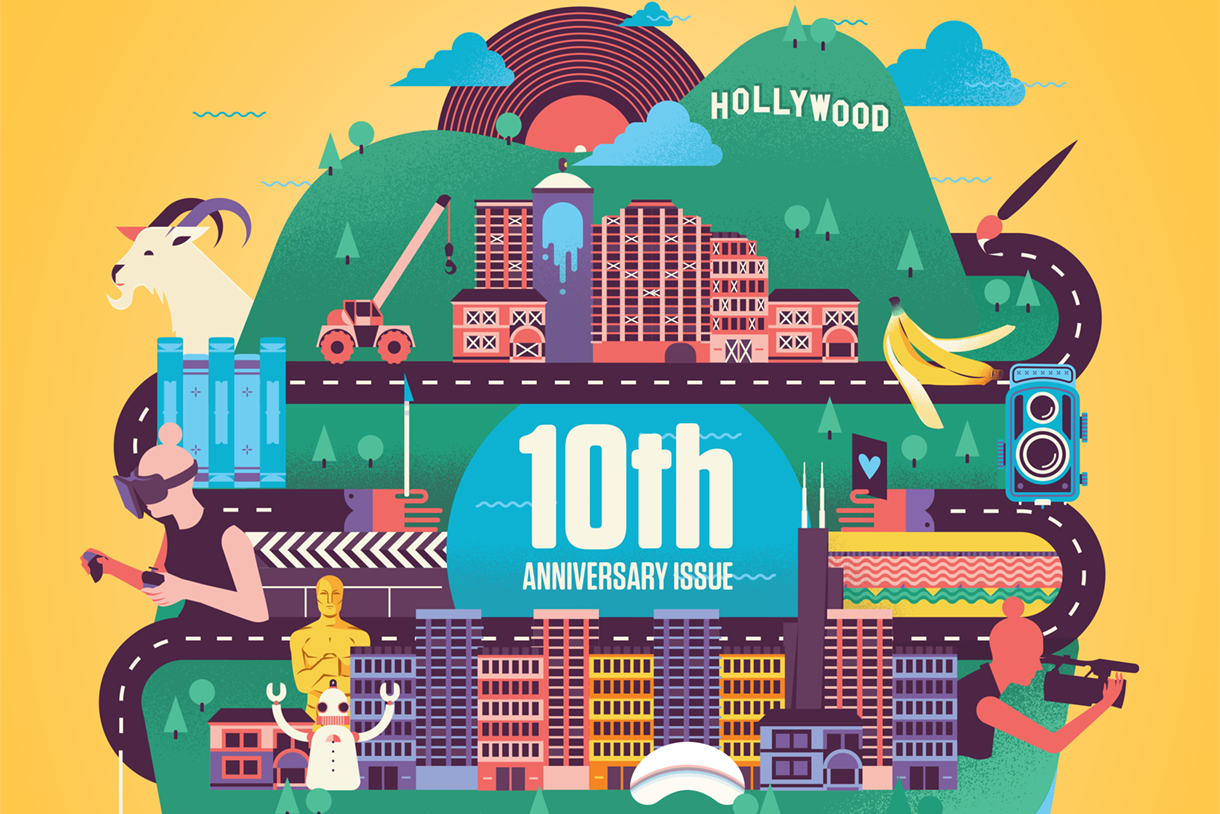 DEMO magazine, the alumni magazine of Columbia College Chicago, is celebrating its 10th anniversary with a special A-to-Z issue, which will be sent to faculty, staff and alumni in late December.

“We thought it would be fun to do a playful, interactive take on the content, so that’s why we chose the A-to-Z format,” says Kristi Turnbaugh, director of marketing communications and editor-in-chief of DEMO. The issue includes quizzes, maps and fill-in-the-blanks in addition to traditional stories.

The DEMO team researched more than 300 past subjects to find the best examples of Columbia success stories. The anniversary issue revisits Jenny  Brown (BA ’94), a filmmaker who opened (and recently expanded) an animal sanctuary in New York; explores the impact of the Media Production Center, featured in DEMO8 shortly before its opening; and checks in with Phillip Cooley (BA ’00), whose entrepreneurial revitalization efforts in Detroit have expanded since he was covered in DEMO 18.

The issue covers new subjects, too, including several alumni who have found success in comedy, game production and the restaurant business. Even the cover shows off Columbia talent: the dynamic illustration was designed by an alum, Kyle Letendre (BA ’12).

“Columbia College alumni are not only leaders in their fields, but the seemingly infinite number of career paths they choose continue to inspire,” says Deborah Maue, vice president of Strategic Marketing & Communications. “DEMO captures some of those important, compelling stories, and hopefully, the magazine will continue to strengthen the connections between alumni and the college for many more years to come.”

Look for a copy of DEMO in your mailbox. DEMO also invites the campus community to share alumni story ideas with this online form.