Holly Jolly Trolley Rides In For the Holidays 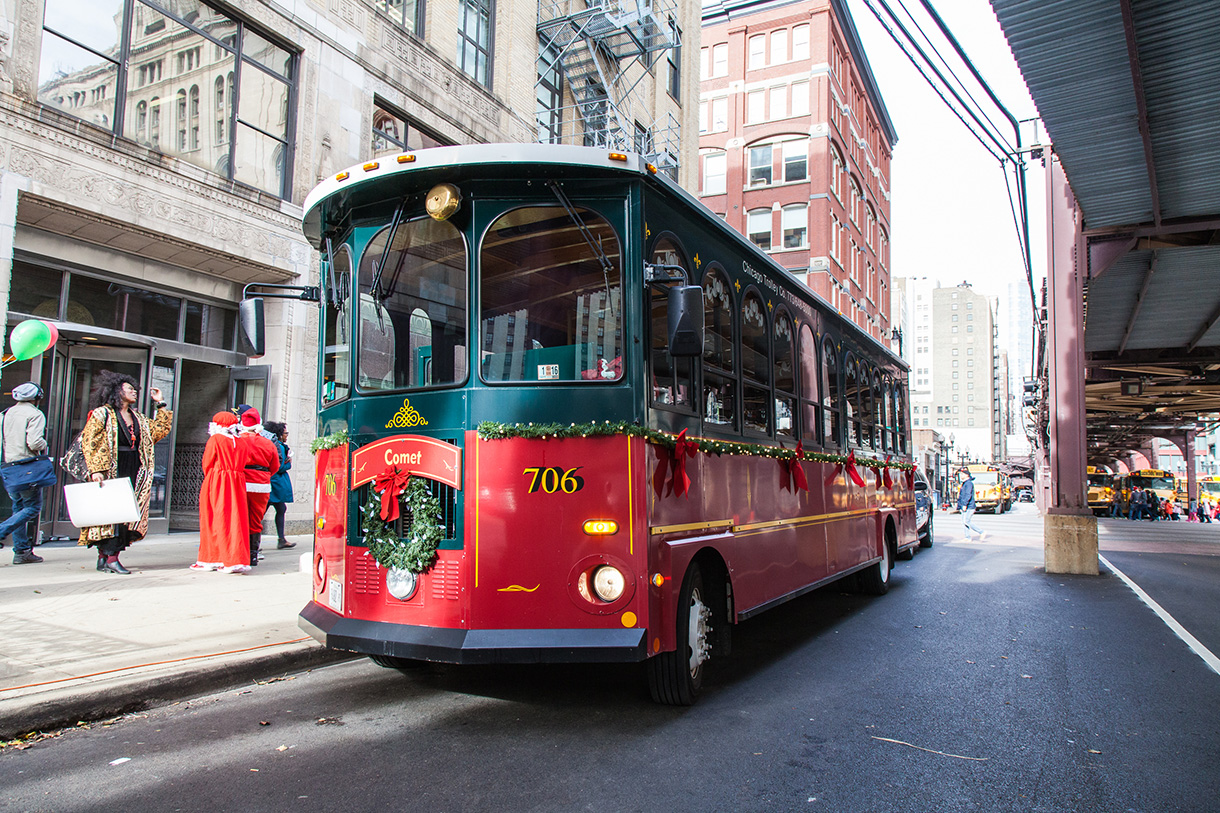 WCRX and the Radio Department hosts the Holly Jolly Trolley Food Drive for the Greater Chicago Food Depository on Dec. 10.

“In the midst of everything that is happening in Chicago and in the world right now, it is our obligation to let the holiday season remind us to dig deep and find the joy in the midst of the challenges,” said President Kwang-Wu Kim, addressing the crowd gathered for the 13th Annual Holly Jolly Trolley.

On Dec. 10, WCRX, the student-run radio station, and the Radio department hosted the Holly Jolly Trolley, an annual holiday event and food drive for the Greater Chicago Food Depository.

As part of the tradition, a vintage Chicago trolley was parked on the corner of East Congress and South Wabash with giant speakers broadcasting the live event. With the help of Mr. and Mrs. Claus, many volunteers were on hand offering homemade baked good and selling raffle tickets. Hopefuls spun the large prize wheel that included prizes such as a WCRX swag bag, DVDs, and gift cards from local businesses. Other raffle prizes included tickets to the Chicago Symphony Orchestra, a gift certificate to the House of Blues Gospel Brunch, and autographed team photos of the Chicago Bears and the Chicago Cubs.

Student DJs Peyton Pinsky and Miguel Flores interviewed President Kim, who arrived with a cart full of donated food. They spoke about some of the highlights of the past year such as the approval of the student center, the partnership with Chicago City Colleges, and the strengthening connections between alumni and students. Keeping the festivities cheerful, the DJs also asked President Kim about some of his own personal resolutions for the new year. Taking the advice he often gives to students, President Kim vowed to spend more time practicing and playing the piano.

Cheryl Langston-Molton, WCRX general manager, who was central in the planning and organization of the event was pleased with the turn-out of the event. “An event such as this one is really great for our school and our students. It gives our students something to work torward every Fall semester. It’s a real skill-builder—another great way for the students to collaborate on a large project together and to work with the community at large.”

According to Langston-Molton, the annual event raises an average of more than $3,000 and almost a thousand pounds of canned and dried food. This year, the event’s raffle prizes were made possible through generous donorations from the Shedd Aquariaum, Gino’s Pizza, Wendella Rides, Target, Restaurant.com and the Columbia iTunes Campus store.

Radio major and student DJ Rachelle French, who acts as the social media director for WCRX, helped plan the event and live tweeted throughout the day. “Holly Jolly Trolley is a great event because so many students really get involved and work together. I’m really looking forward to working on it again next year and hopefully make it even more of a collaboration with other departments.” 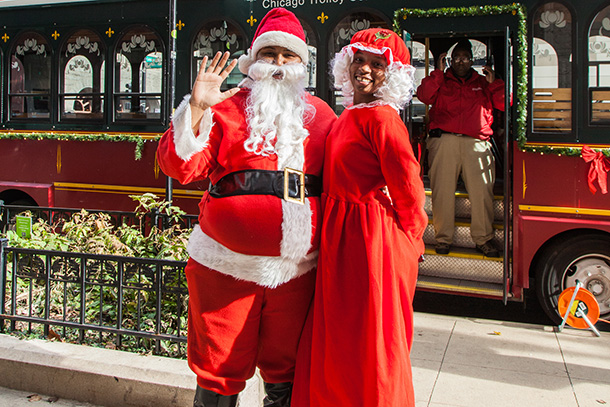