In Celebration of Sheldon Patinkin 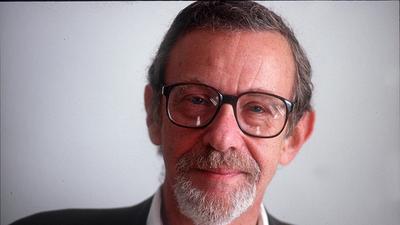 Sheldon Patinkin was Chair of the Theatre Department from 1980 to 2009 and then assumed the title of Chair Emeritus. He was an Artistic Consultant at Steppenwolf Theatre, co-founder of The School at Steppenwolf, and taught at The School for 17 years. He was also an original member of Second City when it was founded in 1959 by Bernard Sahlins, Paul Sills, and Howard Alk. He served as Sills' assistant director and then succeeded Sills as artistic director of the groundbreaking comedy theatre, eventually becoming an Artistic Consultant there.

Shortly before his death, he established the Sheldon Patinkin Endowed Award at Columbia College Chicago, which will give cash stipends to outstanding graduating Theatre students to aid in their journeys toward professional careers. For more information or to make a donation, visit www.colum.edu/sheldonpatinkin.