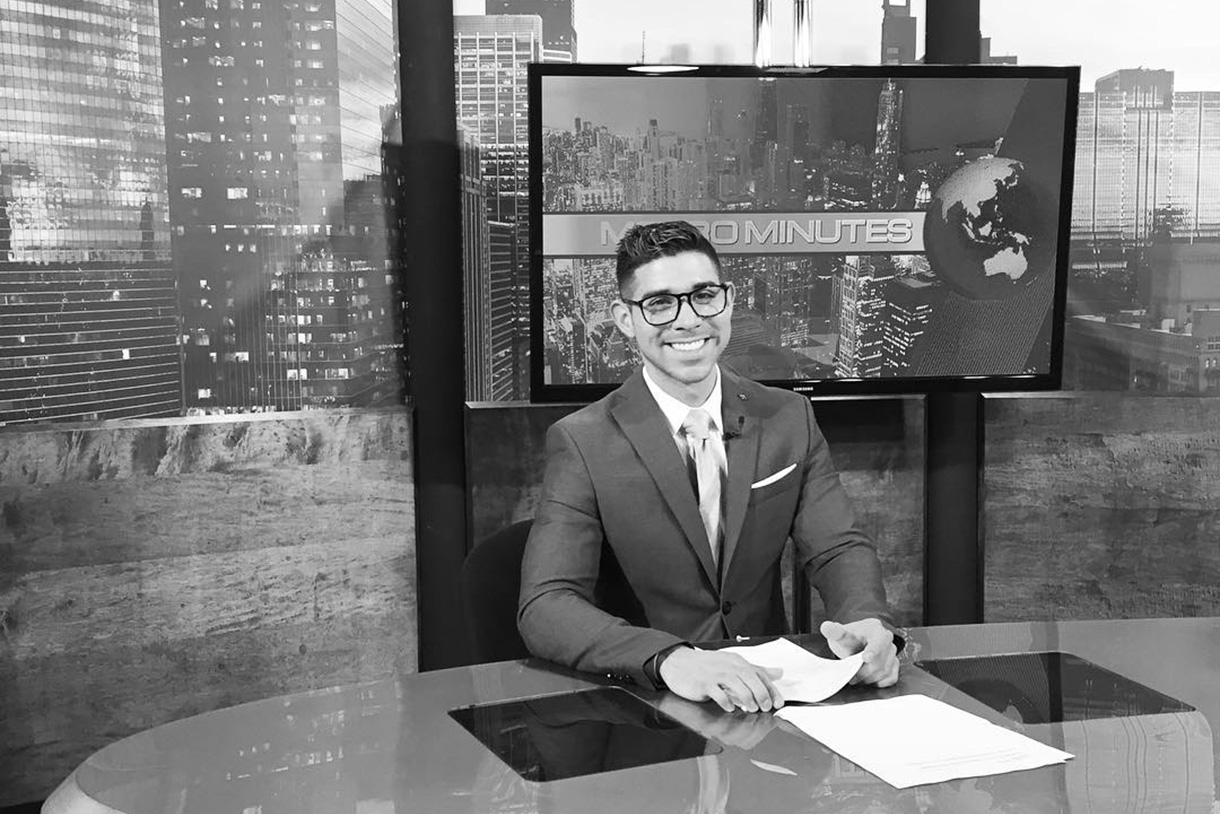 Journalism graduate student Michael Esparza reports from Paris for WGN-TV while documenting the aftermath of the attacks.

Journalism student Michael Esparza returns from Paris this week after traveling to the city in the wake of the Nov. 13 terrorist attacks.

Esparza booked a ticket the Sunday following the attacks on his own initiative to cover the aftermath of Paris attacks. He took footage of mourners outside the Bataclan, a concert venue where the Eagles of Death Metal, an American rock band, were playing before gunmen held audience members hostage.

Esparza says he felt it was important to go to France and learn about the attacks after discovering that 23-year-old Nohemi Gonzalez of El Monte, California was killed at the Bataclan. A junior at Cal State Long Beach, she was studying abroad at a French design school.

Once he alerted Journalism Associate Professor Yolanda Joe he was going, she set up a system for them to communicate on what he was documenting. Joe, also a part-time producer at WGN-TV, then connected the station with Esparza to provide live reports from Paris.

Speaking to WGN-TV from the Bataclan, Esparza said he spoke to local students and residents who indicated they did not know who to trust on the street. He said the roads were filled with traffic because people were afraid to take the metro. Esparza then coordinated a live interview with a man identified as Steve who lives behind the Bataclan and shared that the definitive feeling after the attacks was a lack of certainty.

“This is a testament to the work ethic that our Journalism program instills in students,” said Joe.  “Michael saw a life changing opportunity to use the skills he has learned at Columbia College and had the confidence and the journalistic chops to go for it.”

“This is a great example of our students taking initiative,” adds Suzanne McBride, interim chair of Communication and Media Innovation. “Our faculty are so responsive and supportive of these opportunities, and I hope this inspires even more students to do the same.”