A Chance at Change 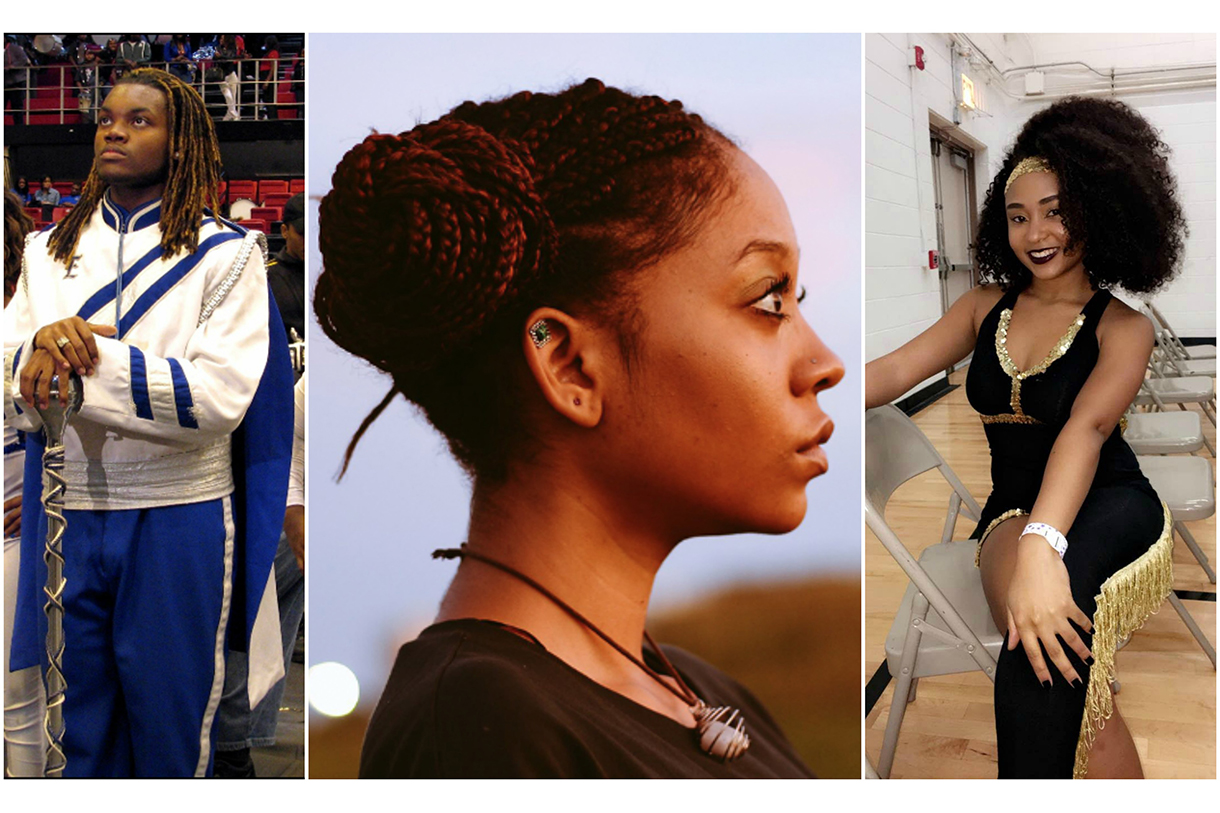 (L-R) Sunny Brooks, Jazz Mansfield and Cherelle Brown
Our conversation with three Columbia students as they reflect on their experience before and after voting in their first presidential election.

America woke to new realities the day after the election. On my way to work I heard someone say to the security guard in the 600 S. Michigan building, “it feels really dark out there, people walking around looking dazed.”

At the office, we gathered our chairs in a semicircle around a computer screen to watch Hillary Clinton’s concession speech. The lapel on her black suit jacket was purple—the color produced when red and blue are mixed together.

The work day ended with an interview with three Columbia students who attended “Parade to the Polls,” a free event held the night before the election led by Chance the Rapper and his non-profit organization SocialWorks.

The original idea for this story was to capture a sense of the event’s excitement with hundreds of people – mostly Millennials – chanting to #StayWokeGoVote on their way to voting booths in a parade that stretched four city blocks. Chicago-native Chance the Rapper’s event was a continuation of a tradition of activism in music, and his grassroots approach as an independent artist could easily be connected to the spirit of Columbia students.

The lines were too long for any of them to enter the early voting booths that night. On Election Day, they all cast their votes for President for the first time in their lives.

But things changed on Wednesday. We revised our questions for the interview, and didn’t know what to expect when we met them. After she learned about the results, Brooks said she felt “upset, but still motivated.” This open-eyed attitude was something they all had in common. It was surprising to listen to students buoyed by a kind of optimism in light of a country so divided.

Jazz: I felt tension walking down the street. I woke up and looked at Twitter and felt absolutely disgusted at how much fear I observed.  That’s racists winning. That’s the KKK winning. That’s discrimination winning. I was very disappointed that my generation didn’t understand that. We allowed fear in our hearts. It was a test, and I feel like we failed that test.

In the end of Spike Lee’s 1998 film School Daze, Laurence Fishburne’s character repeatedly yells “wake up” to the students of his college. Today, Black Lives Matter is one of the most vocal and active social movements in America.

News Office: What does being “woke” mean to you?

Sunny: It’s about opening your eyes and being aware. Not just talking about it on social media but going out and making a change. If you don’t have the motivation within yourself, how can you motivate others?

Cherelle: I feel like my generation is too caught up on social media. People need to calm down and come together. We should talk to our parents and older generations to find out what’s going on.

Jazz: Being “woke” is also doing your research. Maybe Trump winning can be something positive, a way of bringing some people together. Maybe he had to win to make people wake up.

Election results indicate that Chicago is a blue city in a red state. One assumption is that Columbia, an arts and media school in downtown Chicago, is monolithic in its liberal politics. But assumptions are dangerous. This year in particular, Columbia’s commitment to Diversity, Equity and Inclusion (DEI) is a central focus for the administration. The DEI Committee is mobilizing to ensure that Columbia is inclusive to all students.

News Office: Does Columbia feel like an inclusive campus, even when it comes to politics?

Cherelle: I’m from Georgia where it’s really different. Here at Columbia, we have open discussions about everything. Columbia is big on open-mindedness. When another student in class said he voted for Trump, no one got mad. Everyone’s going to have their opinion. In my acting class, I had to do an improv scene and my scene partner chose to play Trump. It was weird but we dealt with it.

Jazz: (to Cherelle) Yeah, I’m sure you were able to purge something through that.

Cherelle: Yes. I was. It was healthy.

Sunny: I came from South Carolina State University, a Historically Black College [and University] (HBCU), so it wasn’t as diverse. Being there and here are two totally different environments. Here, I can believe what I want to believe in. I can be myself because there are other people around me who are totally different than me.

Jazz: I’m from Chicago but I transferred from the University of Kentucky. I’ve been in many conversations with racist students or students with racist parents. I’m unbiased against racist people because I can see how they think that way. I’ve gotten good at balancing…always seeing both sides.

Across campus, some students, faculty and staff chose to stay home the day after the election. For many students, the classroom is the first, or only, place to engage in conversations about the world in times like these.

News Office: What do you seek from your faculty?

Jazz: I want faculty to come to class period (laughs). No, but really. I want them to give us optimism and hope. If the country can’t give us hope, please let our teachers do it.

News Office: How do you look ahead?

Sunny: As an artist, politics plays a big role in my creative process. I’m a dancer so it’s about being free in your body and in the movement—no matter what style of dance. You have to be free and I want to show that.

Now, I have my eyes open. I have to work harder. When the elections come back around and we have another chance I hope we can make a difference and not take it as a joke.

Cherelle: It’s about turning all of this into something else. In Theatre, we tell stories and we use that as a way of making other people more aware.

Jazz: My mother always taught me to not let a single person steal my joy. The way to drive out darkness is with love. We’re not alone. History repeats itself and we can learn a lot from the Civil Rights Movement and put that knowledge toward what’s going on now…One way we can fight together is through art.