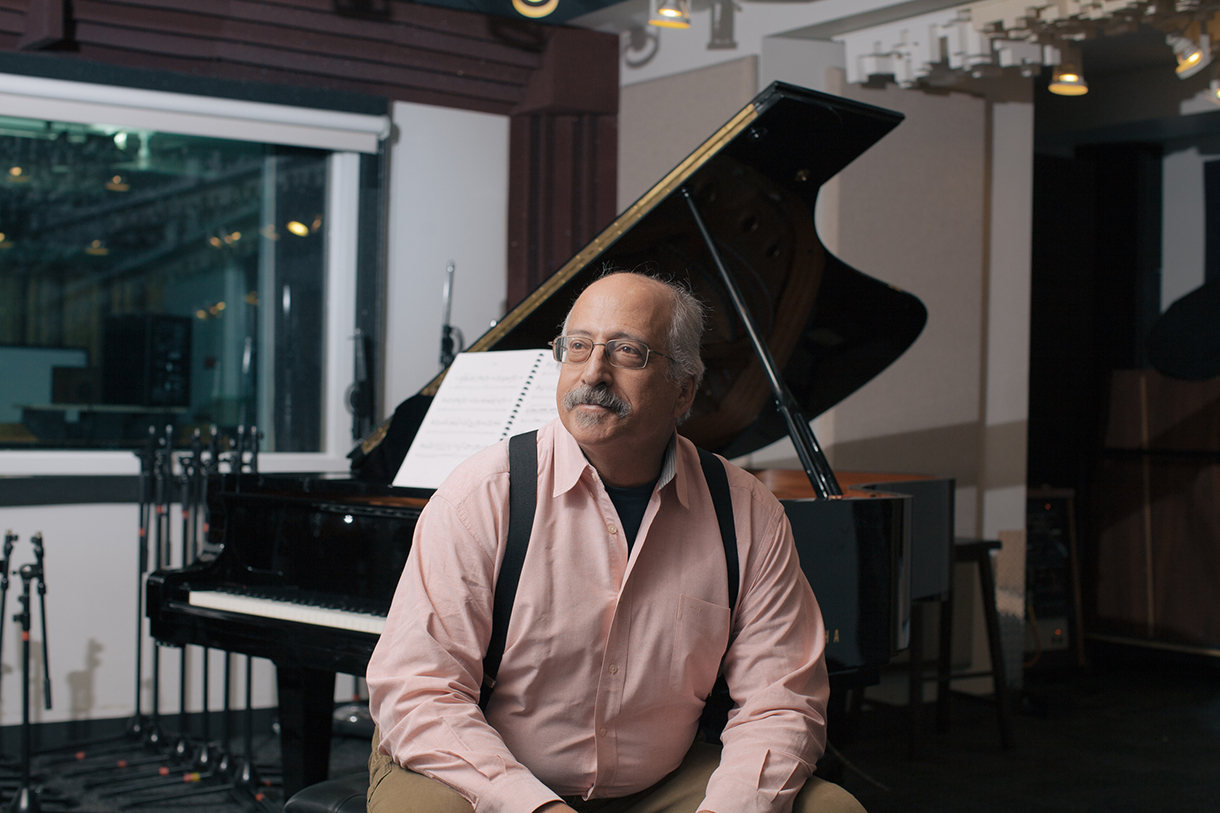 When I sit down to call Howard Sandroff, a professor in Audio Arts & Acoustics and interim director of the newly formed Bachelor's in Music Technology program, he is on the other side of the line, lying in bed while recovering from knee surgery. Sandroff jokes about the pain through email; he says he wants to be lucid.

“When you look into Pierre’s logic, you start to notice he had enormous political charisma. He was a prodigy of sorts. He fits in with a bunch of very important European composers,” Sandroff says.

Sandroff possesses a recording of an interview between himself and Boulez from 1994, two years before Boulez invited Sandroff to a dedication at a new IRCAM facility in Paris where Sandroff’s piece for solo clarinet and computer, Tephillah, was to be played. The interview shares Boulez’s insight into the state of contemporary classical music and the depth of their friendship. Boulez frequently conjures a wealth of historical references in and outside of the traditional Western European canon. They speak to each other casually as their discussion weaves through formalism, music theory and politics.

Sandroff says Boulez’s philosophy has also affected his teaching career. He has taught at Columbia College Chicago since 1978 and until Jan. 1 of 2016, he was the Director of the Computer Music Studio and Senior Lecturer in Music at the University of Chicago. He’s been an active member of the Chicago music scene long enough to remember the days when computers couldn’t process raw audio files and musicians were just discovering the possibilities of MIDI interfaces.

Sandroff met Boulez through the Chicago Symphony Orchestra’s (CSO) principal clarinetist, John Bruce Yeh. Yeh needed someone to program a computer processor to accompany his performance of Boulez’s Dialogue de l’ombre double in 1986. Sandroff was a technical and marketing consultant for Yamaha Corporation at the time, and used his expertise to jerry-rig a system for Yeh’s recital.

Boulez returned to Chicago in 1987 as a guest conductor for the CSO, and when he heard that Sandroff had developed this system for Yeh (which cost millions of dollars less then IRCAM’s equipment) he was not only surprised someone was able to replicate the performance but impressed by Sandroff’s shrewd repurposing of commercial parts.

Fast-forward to the 1994 interview recording: Sandroff and Boulez have both toured the world, seeing each other more or less annually when Sandroff decides he should record Boulez’s thoughts about art and music. More time passes. The recording sits in a drawer of Sandroff’s studio for many years. Then, in 2015, WFMT-FM Chicago’s Andrew Patner discusses broadcasting the interview to mark Boulez’s 90th birthday, but Patner’s untimely death halts the project. The recording once again sits in a drawer, this time for a year, until Boulez himself passes away. Sandroff, knowing that the original recording needs to be transferred from its Digital Audio Tape (DAT) format, has the recording dubbed directly to a hard disk and uploaded to a server, hoping the interview might someday have the widest possible dissemination.

“In the realm of art music, the last half of the 20th century was a very interesting time, and nobody had a better perspective on it than Pierre Boulez,” he says. “The man had interesting things to say.”