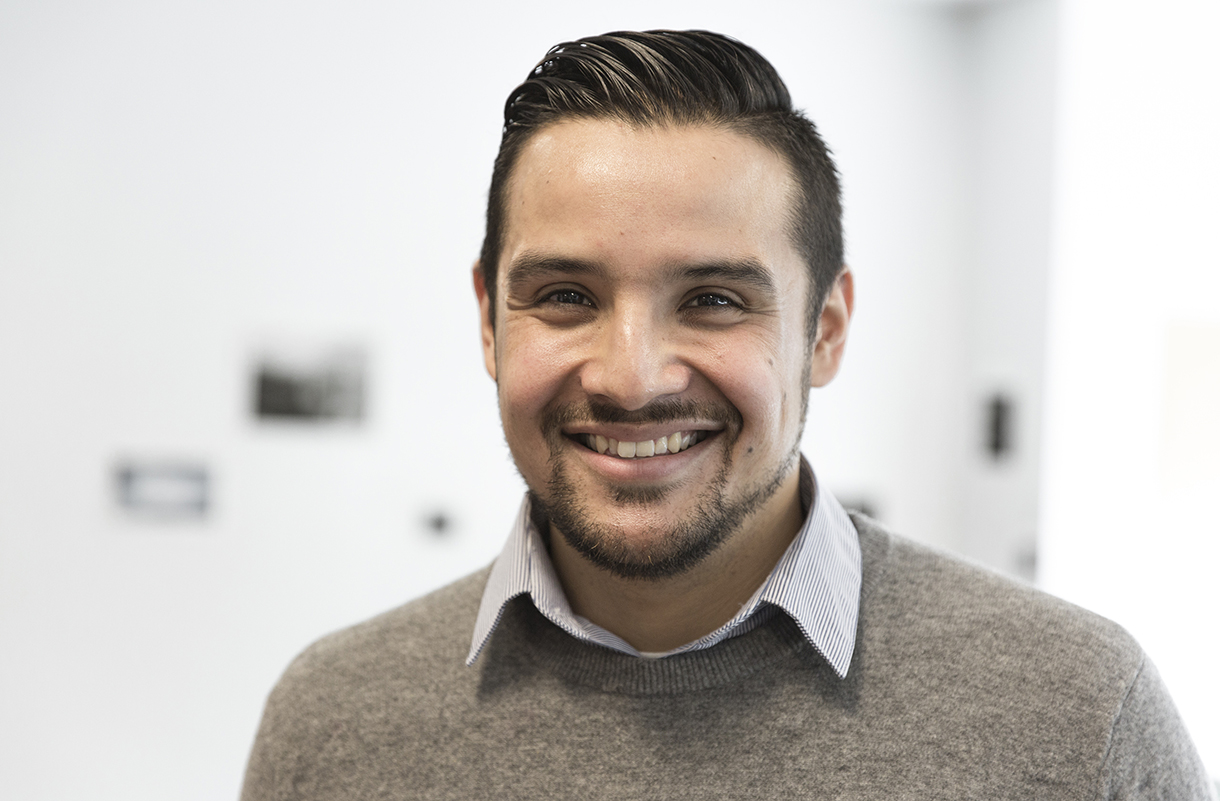 When a student wants to write in Spanish for their creative writing class, what professor can they turn to? If they want to incorporate Latin rhythms into a music composition or study varieties of Caribbean or South American musicology, where do they go? How do Latino/Hispanic students experience inclusivity in academia?

Diversidad, inclusión, and equitativo are values that Columbia College Chicago is committed to embedding in its curriculum, programming, operations and built environment. This is why it’s one of the top six priorities for the college in the Strategic Plan and why a Diversity, Equity and Inclusion (DEI) Committee was appointed in January 2016. The initiative also sets the stage for new Latino Cultural Affairs Coordinator Rogelio Becerra-Ramirez to examine and discuss his role at Columbia’s Multicultural Affairs (MCA) office and how it intersects with the college’s efforts.

Making Connections
Becerra-Ramirez, who joined Columbia’s staff over the summer, noticed immediately a structural gap between the MCA office and the classroom. When he first arrived, he went through the college directory to locate faculty members who had a Latinx/Hispanic surname as just one place to start a discussion and to find out more about Columbia’s academic and student experience connections. His findings? While Columbia’s undergraduate population is made up of 13% Latino/Hispanic students, menos que doce courses on Latino/Hispanic culture are offered y menos que diez faculty members have Latino/Hispanic scholarly expertise. While recognizing that the data on courses and faculty members is more anecdotal than exact, and that ratios of faculty to students isn’t the only way to measure academic inclusivity, this information started Becerra-Ramirez on a path to investigating its potential impact on student experience.

El Viaje Comienza
Becerra-Ramirez, who is currently pursuing a masters in educational leadership with a higher education concentration at DePaul, says he both relates to students as a student himself and counsels them on a number of issues they bring to MCA, including challenges with diversity in the classroom among other campus spaces. “I do a lot of listening.” 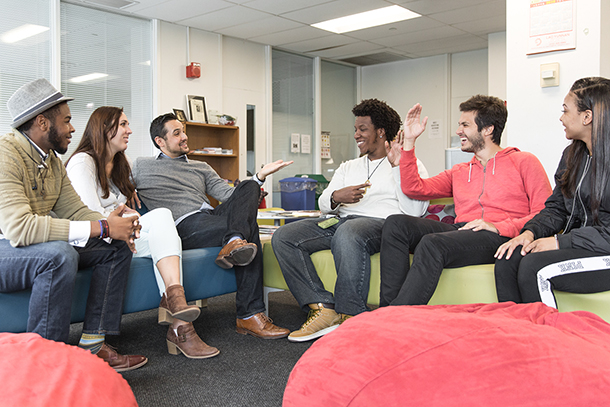 He’s also mindful of how his choices influence the student body. “As someone who comes from a low income background and goes to school in an affluent community with people who for the most part are from comfortable backgrounds, it’s about being accountable with yourself and the institution,” he says.

Evolving Identities
After ongoing conversations with colleagues in MCA and with students, Becerra-Ramirez started introducing the term Latinx into MCA events as a new way of transcending the cultural divide between Latino and Hispanic labels by using an umbrella term regardless of native language. For the LGBTQ community it also allows fluidity in gender orientation. Becerra-Ramirez says, “When we talk about the intersectionality, especially in regards to the LGBTQ and Latino community, it’s taboo for some to bring up in their own families. If anything, I see Columbia as a good place to nurture intersectional identities.” The intentional use of Latinx pushes the issue of inclusivity and diversity through traditional white spaces and through the numerous Latinx identities and ancestral lineages.

Becerra-Ramirez reminds us that “your background doesn’t dictate how far you can go." Columbia’s DEI Committee continues to engage the campus community by introducing the resources, vocabulary and spaces to further challenge ourselves as educators and as an inclusive institution. As Onye Ozuzu, Chair of the DEI Committee, says in her column on Undoing Racism, “We can choose to offer students educational experiences that we perhaps never had ourselves.”

More discussions on the term Latinx and other topics related to Latin American communities are features of Latino Cultural Affairs events, like ¡La Mesa!: