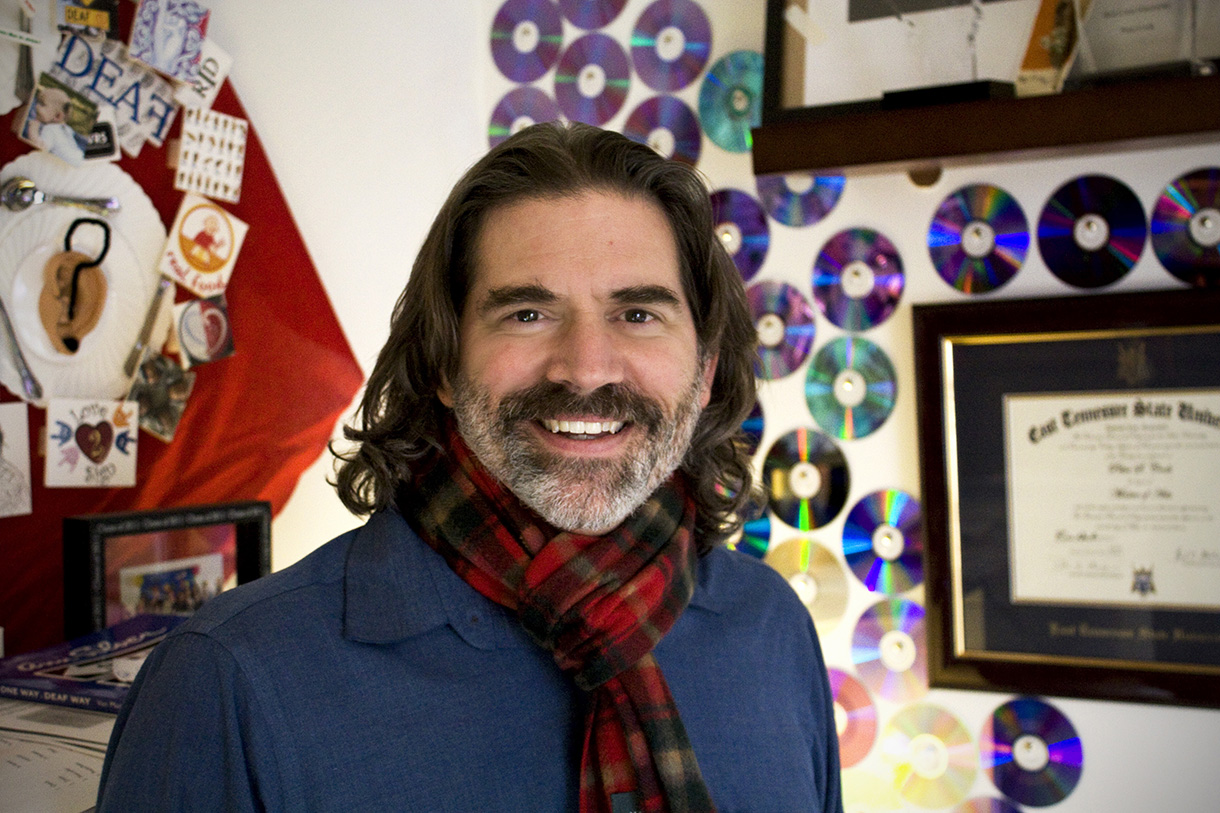 Associate Professor and acclaimed storyteller Peter Cook has been promoted to chair of the Department of American Sign Language.

“Columbia College Chicago is fortunate to have an internationally recognized storyteller and leading performer in the Deaf and Hard of Hearing community as the chair of our Department of ASL,” says Steven Corey, interim dean of the School of Liberal Arts & Sciences. “Professor Cook was the acclaimed choice for chair among faculty, staff and students in the department.”

Cook has served as interim chair since spring 2014 and has been an associate professor since 2006. He is also a member of the First-Year Experience committee and a Neubauer Collegium Fellow at the University of Chicago, where he conducts research for his on-going research project, The Body’s Role in Thinking, Performing, and Referencing, at the Center for Gesture, Sign and Language. He was an adjunct faculty member at Columbia College from 1993 until 1998, when he left to become a full time poet and performer. He returned to Columbia in 2006 as a full-time faculty member and served on the executive board committee for the College Council from 2006-2008. Cook served as national advisor for the Disability Arts Studies at the University of Illinois at Chicago from 2005-2008.

“I truly believe that the ASL-English Interpretation degree program in our department is one of the best fully-accredited four-year programs in the country,” says Cook. “This is an exciting time for the ASL department to nurture the new fast growing Deaf Studies degree program, which will draw more students who are interested in the cultural aspect of the Deaf community. As a Deaf individual, I also believe my linguistic diversity background contributes to the aesthetic language and cultural diversity at the administrative level within the Columbia College community.”

Cook’s work has been featured at the National Storytelling Festival and the National Book Festival at the White House. He has appeared in Live from Off Center’s “Words on Mouth” and “United States of Poetry,” produced by by Emmy-winner Bob Holman. Cook, together with Kenny Lerner, senior lecturer at the National Technical Institute for the Deaf, has traveled extensively around the country and abroad with the Flying Words Project to promote ASL literature. He has taught master poetry workshops in numerous countries in Europe, as well as Japan and Israel.