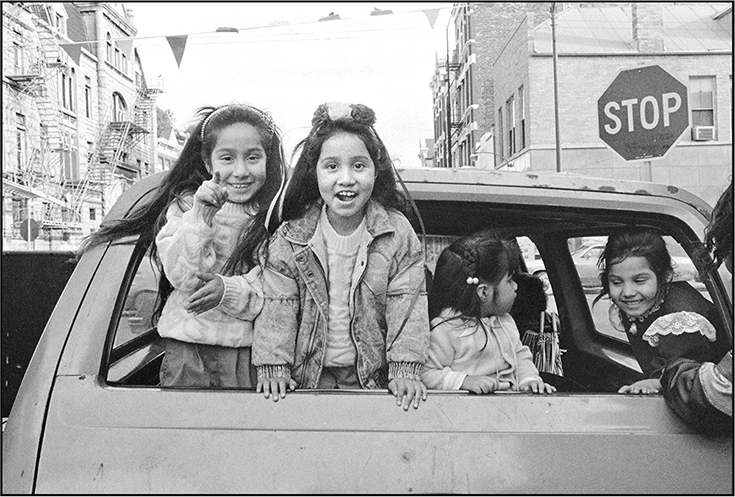 “These photos are a snapshot of a time that’s no longer there.” -Martin Sorrondeguy. Photo: Akito Tsuda '93 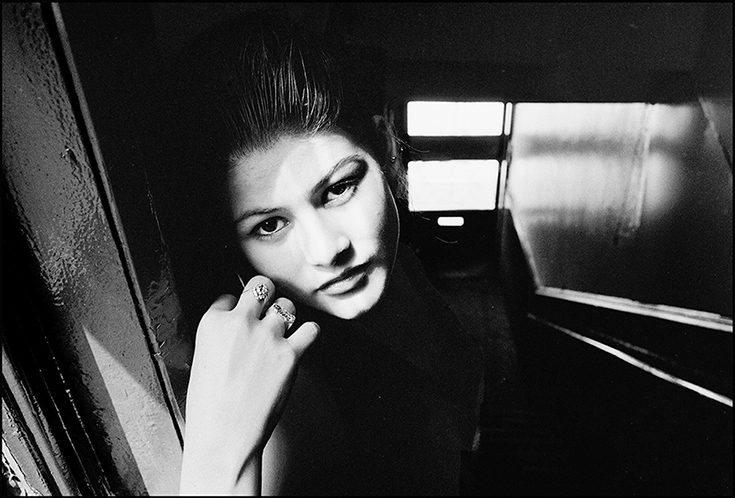 “Akito always had a gift for … using the camera for what it is: a conduit, or passport, that connects the heartbeat of humanity across the world.” –John H. White. Photo: Akito Tsuda '93 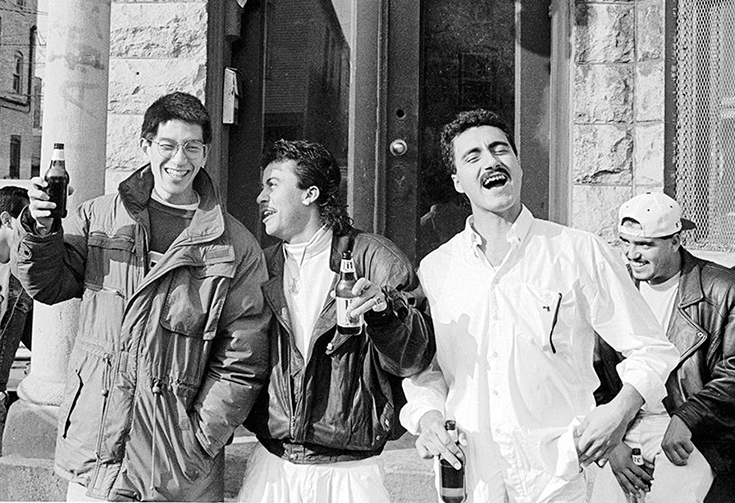 Tsuda (L) wants to "live up to what I believe I've learned from people's everyday lives.” Photo: Akito Tsuda '93 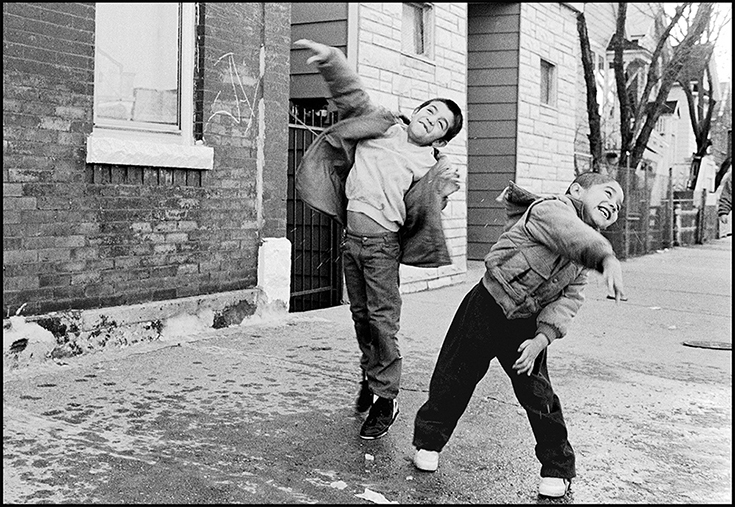 “Works like Tsuda’s...will become necessary records of the ever-evolving neighborhoods that make up this city." -Matthew Shenoda. Photo: Akito Tsuda '93
After more than two decades, the Pilsen community welcomes back Photography alum Akito Tsuda ’93 to celebrate his book and exhibition, "Pilsen Days."

When Akito Tsuda ’93 returns to Chicago at the end of this month, he might notice that much has changed in the 24 years since he’s been away. Tsuda’s new book of photographs "Pilsen Days" will be celebrated with an exhibition opening on October 28 in Pilsen.

The black and white photographs that fill the book “capture the heyday of Mexican Pilsen in the 90s,” says Cultura in Pilsen’s Moira Pujols, who, together with co-managers Ilene Palacios, Jennifer Smith, and journalist Jackie Serrato, have been instrumental in helping to get Tsuda and his work more visibility. 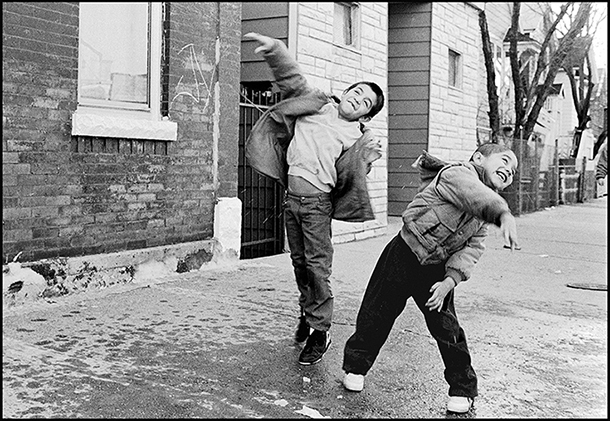 Tsuda, who lives and works in a factory in Osaka, Japan, began posting many of his photographs on Facebook. The photos circulated quickly throughout the community. In response to the community feedback to the photos, Tsuda shared more than 300 images from his time in Chicago in the 90s. The comments read like an overheard conversation between old friends and family flipping through a photo album.

“I've learned the value of authenticity from people who have trusted me and stood in front of my camera,” says Tsuda. “I would like to live up to what I believe I've learned from people's everyday lives.”

When Tsuda arrived in 1990, he was eager to grow his technical craft and curious about the people of Chicago. Tsuda was struck by how the Pilsen community socialized on the streets and sidewalks, in full view of his camera. 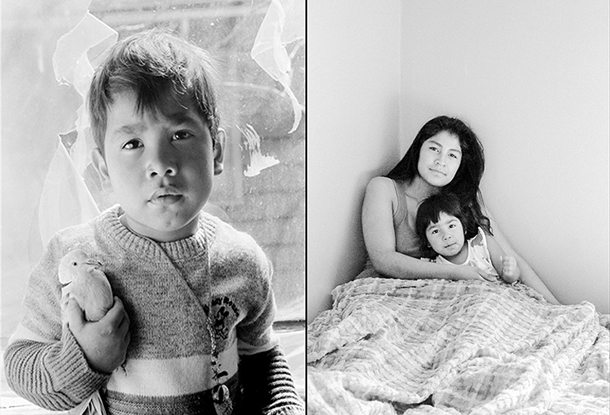 Photography alum Martin Sorrondeguy ’91 remembers being taken aback when he and other students first saw Tsuda’s wet prints hanging in the photo labs. Beyond the images themselves, the longtime Pilsen resident was impressed at how Tsuda gained intimate access to gang members on street corners and families inside homes. “It helped that Akito wasn’t from the ‘hood.”

“Works like Tsuda’s are not only significant in their artistic merit, but will become necessary records of the ever-evolving neighborhoods that make up this city,” says Matthew Shenoda, Dean of Academic Diversity, Equity, and Inclusion. 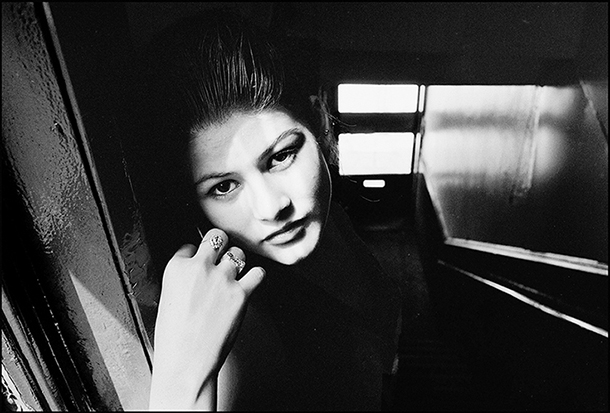 Pulitzer Prize-winning photojournalist and Columbia faculty member John H. White remembers Tsuda as a student and has even used Tsuda’s photographs in his teaching. “Akito always had a gift for engaging people, nature, and the environment, using the camera for what it is: a conduit, or passport, that connects the heartbeat of humanity across the world.” When Tsuda returns, he will visit with White's current photography students.

Sorrondeguy believes that Tsuda’s work will reconnect people, especially those who have been displaced in the years since the photos have been taken, back to Pilsen’s recent history: “These photos are a snapshot of a time that’s no longer there.”

“Today, conversations about Pilsen are mostly filled with talks of displacement,” says Pujols. Pujols is hopeful that Tsuda’s return will spark something in the audiences—both old and new. “In a time of cultural erasure … the question now is who will tell these stories?”

Tsuda has no intention of doing much photography when he returns. “I am just excited to have a chance to revisit Pilsen,” he says. And there will be many people who are excited to welcome him back.