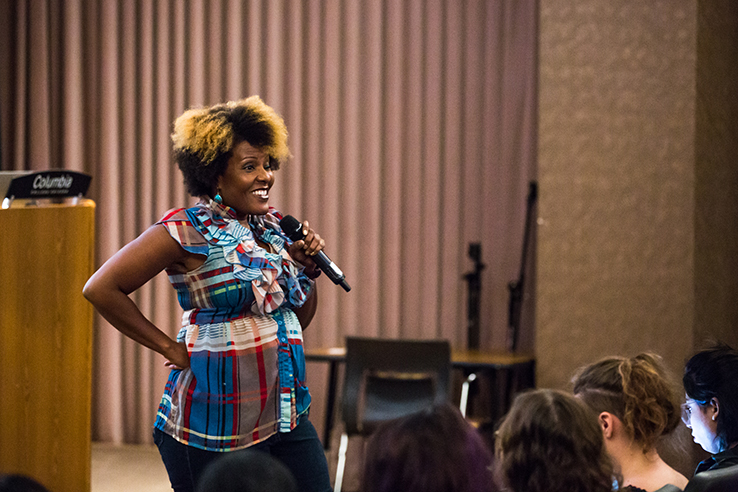 To Raquel “Rocky” Monroe, popular culture is political. “If not,” she says, “I politicize it.”

Before students set foot inside her Dance, Sex, and Popular Culture class, Monroe’s already given them their first assignment: watch the MTV Video Music Awards and take notes, especially on the radical or controversial performances. “So much of the pop culture moments are specifically around those moments of intervention by celebrities," she says. Monroe cites Beyoncé’s 2016 Super Bowl performance that referenced the Black Panthers as an example of making “clear statements without saying anything.”

Monroe, an associate professor in the Dance Department, is an interdisciplinary performance scholar and artist whose interests include black social dance, black feminism, and popular culture. She looks at the way people use social dance in their lives for various reasons: joy, exercise, communion. She connects her scholarship throughout her teaching by revealing to students that politics are played out by the body to communicate complex ideas.

“Gender roles are an example,” she says. “You can see that when men lead and women follow in dance, that’s probably what’s reflected in thoughts about men and women. What does that mean at a point in time when we’re understanding more and more the fluidity of gender?” 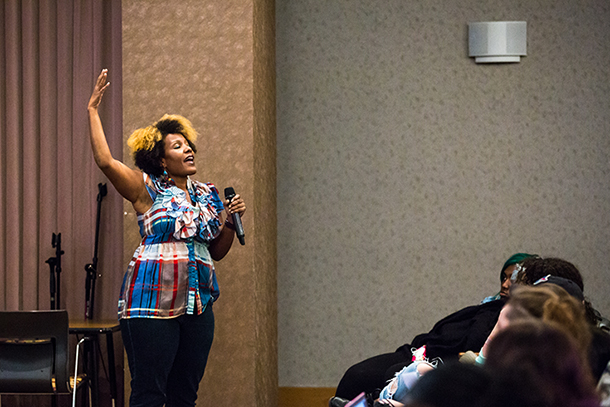 “I’m interested in what you learn by looking at who is dancing and why, where it’s taking place, who is watching,” says Monroe. Photo: Phil Dembinski '08

Chicago is home to its own unique styles of house, footwork, and stepping, as well as a strong contemporary concert dance scene. “People don’t move here to pursue work in the arts the same way that people move to New York or LA,” she says. “There’s a clear aesthetic influenced by Chicago.”

Each style is uniquely connected to Chicago, and to the larger truths choreography communicates. “I’m interested in what you learn by looking at who is dancing and why, where it’s taking place, who is watching,” she says. “There’s no way to talk about [it] without thinking about race, class, gender, sexuality, and ability.”

This semester we're covering Columbia’s “Big Chicago” courses – classes designed to connect students with the city of Chicago led by top scholars and practitioners in their fields.