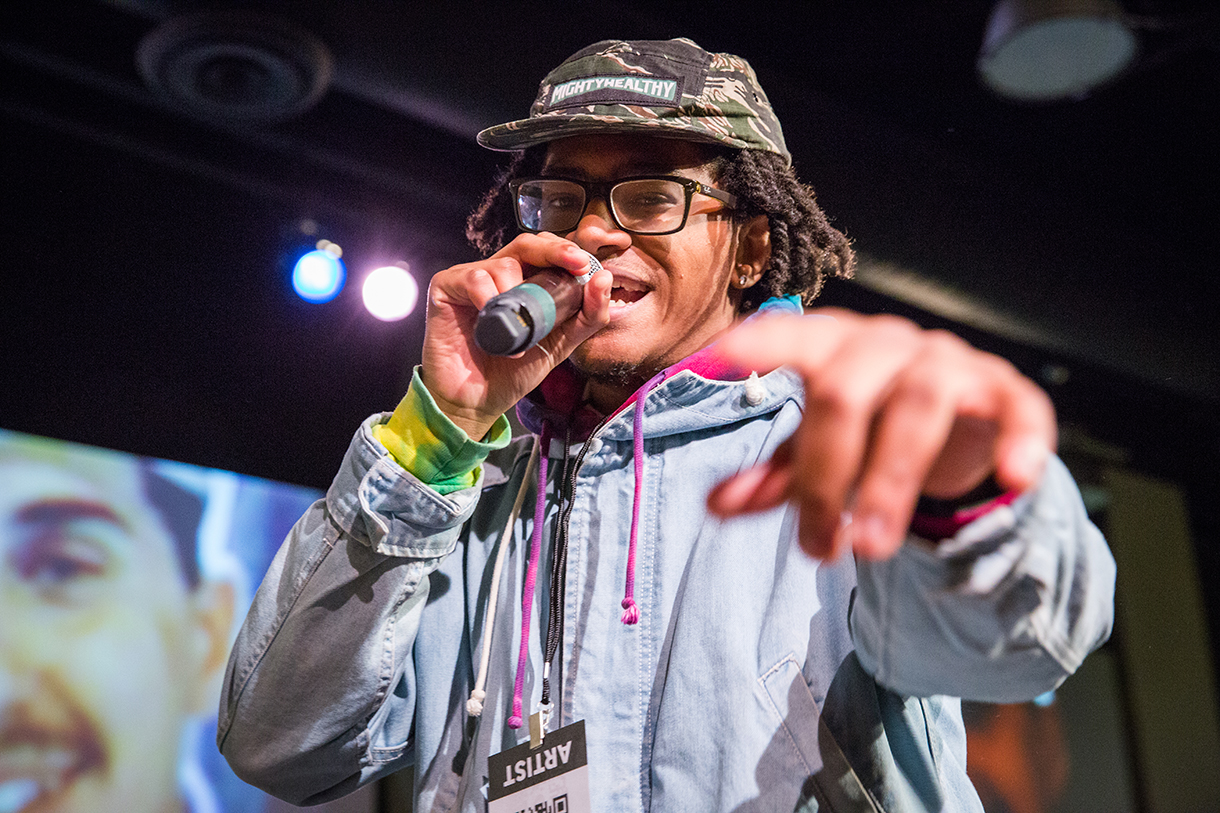 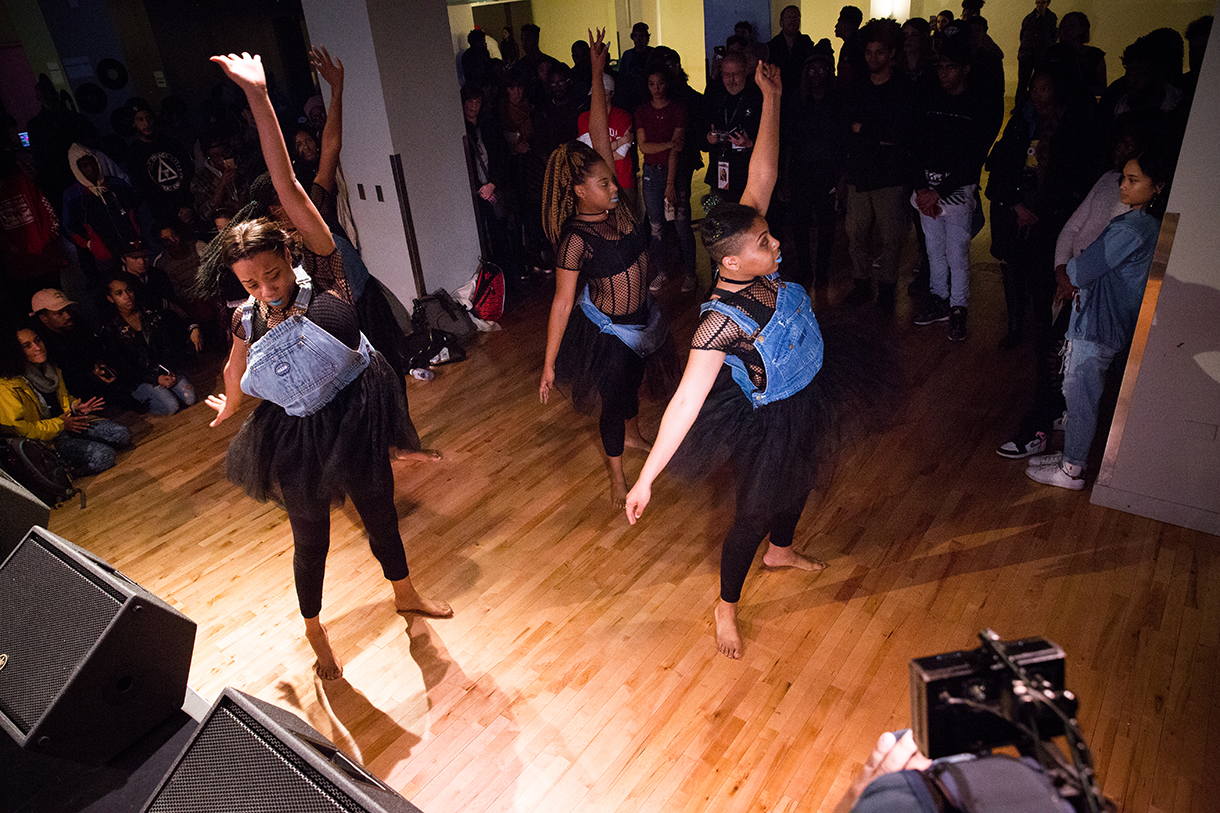 The Hip-Hop Studies minor, which takes an interdisciplinary approach, is “about creating reciprocal relationships with the community.” Photo: Daniel Livingstone. 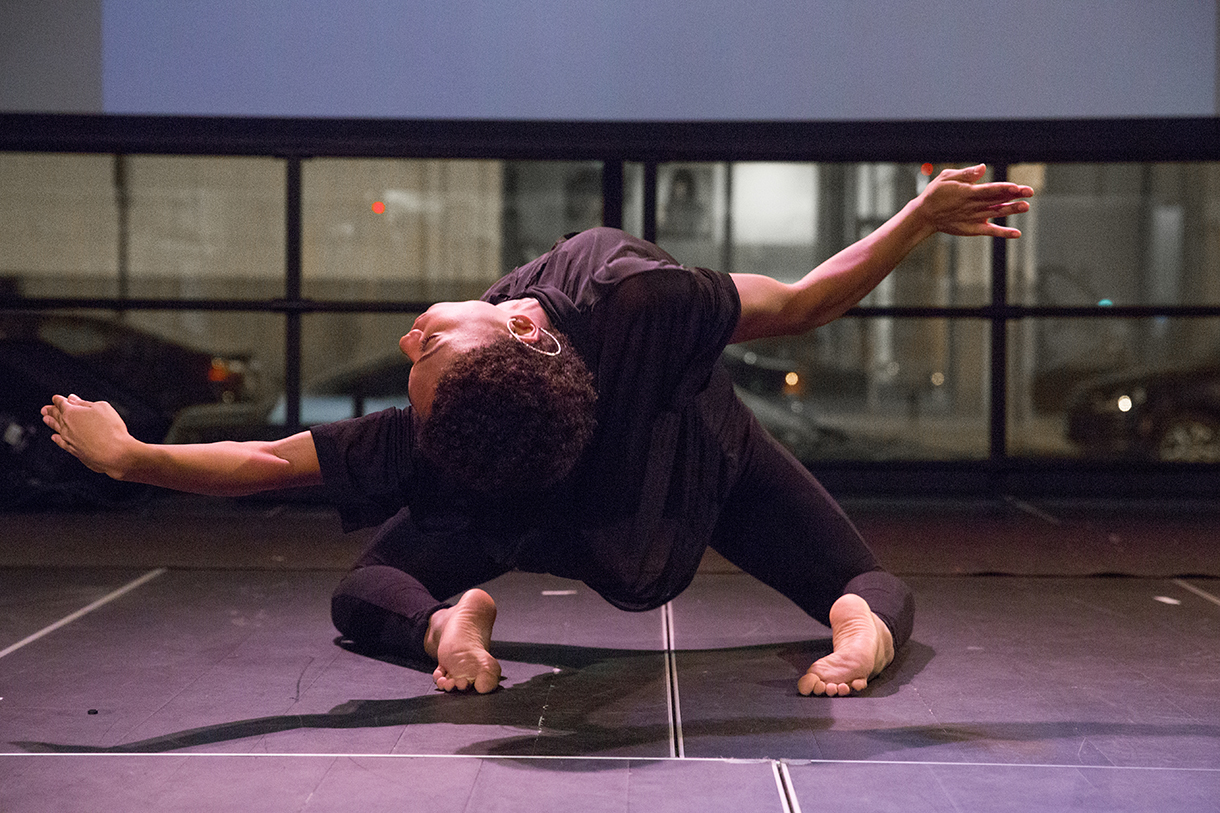 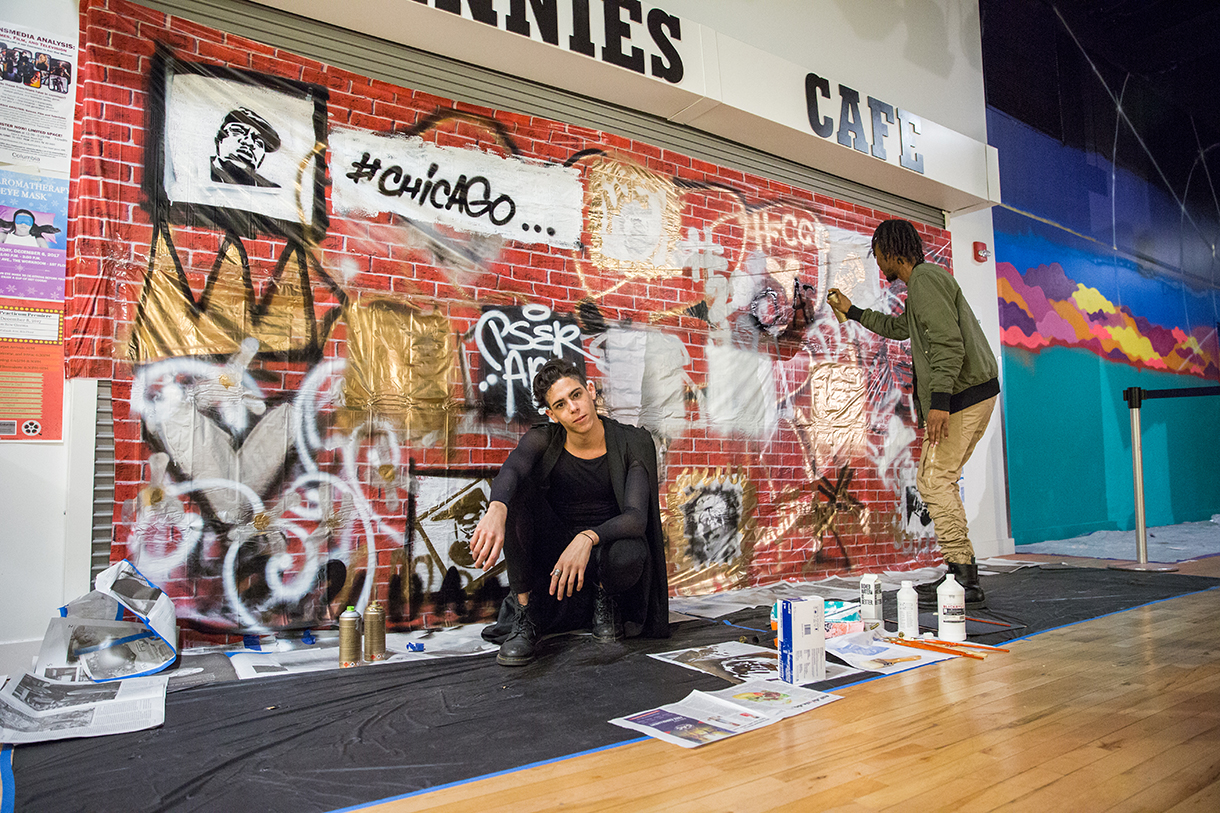 Music faculty member Amina Norman-Hawkins asked the crowd gathered in the Conaway Center on Saturday night, “Let me hear you … is hip-hop in the building?” The sound of the crowd’s response was loud and clear: hip-hop was definitely in the building.

The event, called The Fresh Connect, celebrated the launch of Columbia’s new minor in Hip-Hop Studies. The festivities mirrored the vibrant and interdisciplinary nature of hip-hop itself: MCs, dancers, poets, street artists, and activists mixed with members of the Chicago hip-hop community, the core faculty of Columbia’s Hip-Hop Studies minor, and members of the news media. There was a live graffiti exhibition, a silent auction, a photo booth, and a cypher competition.

Norman-Hawkins, who teaches a Sonic History of Hip-Hop course, and Dance faculty member Daniel “BRAVEMONK” Haywood emceed the night. They shared the stage with local talents such as D-Nick & the Microphone Misfits, Kuumba Lynx, and many more, representing the Chicago scene.

The celebration wove in information about the new minor, which has been in the works for six years. Dean of Fine and Performing Arts Onye Ozuzu and Dance faculty member Kelsa Robinson outlined the unique interdisciplinary ethos of the program.

The keynote speaker of the night was Music Arts Management alum Ayesha Jaco ’07. Jaco runs the foundation M.U.R.A.L. (Magnifying Urban Realities and Affecting Lives) with her brother, recording artist Lupe Fiasco. Jaco’s journey from an arts management degree into a career in philanthropy—all with a focus on community—highlights the importance of “making our communities better than we found it.”

During her keynote address, she pointed out that the current trend of hip-hop artists like Chance the Rapper, Common, Lupe Fiasco, and Saba (among others) forming foundations is rooted in a hip-hop consciousness that was articulated years ago by KRS-One. Off stage, Jaco shared, “it’s very befitting for me to be here to talk to these young people about the promise and potential of the program.”

The event, which drew more than 100 people and dozens of sponsors, was produced entirely by Columbia students for a course called the Event Management Practicum, taught by Kari Sommers, who also serves as the Associate Dean of Student Life. They worked closely with Robinson and Haywood throughout the semester to ensure that their execution of the event balanced creative event-planning with cultural consciousness.

Those spearheading the minor are conscious to avoid the pitfalls of cultural appropriation, taking lessons from Jazz when it became recognized by mainstream white culture and canonized in a Eurocentric academy.

“We are not here to recreate the education that is already happening out in the community,” said Robinson, a seasoned dancer with years of experience in various dance scenes in Chicago and beyond. “It’s about creating reciprocal relationships with the community.”

“There’s no way for an academic institution to swagger into a culture,” said Ozuzu, who added that bringing hip-hop into a curriculum means bringing it out of the margins of elective classes. And doing so makes a statement about Columbia’s commitment to a diverse curriculum: “Here, we unflinchingly look at the core of where power lies in an institution—what we decide to require, what we decide to give degrees in, what we decide to say,” says Ozuzu. “And what we have to say is of value.”

Here's a short video produced by the Doc Unit: