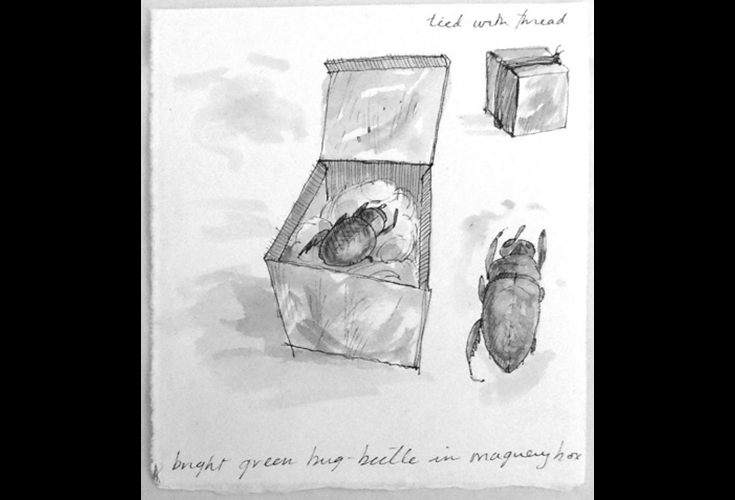 Drawing by Andrew Causey. The original illustrations were stolen when Causey was returning from a 1995 research trip in North Sumatra.
Andrew Causey and Anne Marie Mitchell will present their recent scholarship at the first of many cross-departmental showcases.

“I don’t think we’ve ever done anything quite like this,” says Ames Hawkins, associate provost for Faculty Research and Development. She’s talking about the upcoming Faculty Showcase, the first of which happens on March 29 at the Music Center.

This is the first time a formal event has been offered for faculty to share their expertise college-wide. “There were moments in the past during faculty retreats where people had an opportunity to talk about work,” says Hawkins. “Departments have done things where faculty shared their work, but with this we’re making it a much more cross-departmental event.”

For this first showcase two faculty members will present on their recent publications and research.

Andrew Causey, associate professor of Humanities, History and Social Sciences, will discuss his new book Drawn to See: Drawing as an Ethnographic Method. Causey’s book utilizes drawing as a form of ethnographic study. “Cultural anthropology and ethnography are dependent on being able to see very carefully what people from another culture are doing," says Causey. "You can’t make assumptions based on your own culture.”

Causey noticed many of his students had difficulty with this skill. “They were coming to class and they were looking and peering, but they weren’t seeing.” His book guides readers through unique exercises that ask them to leave their comfort zones by drawing upside-down or drawing objects that used to exist but have since disappeared.

Causey says Drawn to See is a risky text for his field, one that he was able to explore precisely because he’s at Columbia. “You shouldn’t just be writing things with words, you should pick up on anything your senses pick up on and translate them into drawing. For a lot of people, that’s dangerous territory.”

Associate professor of Communication Anne Marie Mitchell, who has taught at Columbia for more than 20 years, will present research conducted during her recent sabbatical. Her exploration began when reflecting on the networking advice she gave her Communication students. “I advised students to write handwritten thank you notes, but I questioned myself: Did that really matter?” 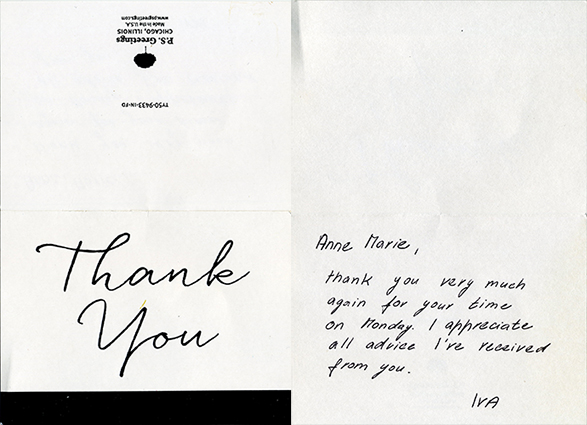 A handwritten note that has stayed with Mitchell.

Her research showed that, overwhelmingly, it did. While Mitchell wasn’t surprised at the impact of the notes, she was intrigued in the younger generation’s reaction to them. “The people who appreciate handwritten notes are those with less than ten years experience in their profession,” she says. “I thought people who had been in the field forever would appreciate them more, but it turned out the opposite.”

Mitchell will present her findings during the showcase, as well as takeaways for faculty in all disciplines. “I want them to get specific tips for advising their students on how to network. I want them to leave with five to ten ideas on what really works.”

Faculty can look forward to future showcases that will highlight a wide variety of departments and programs. “I wanted to make sure we had representatives from across the schools, in different departments and part and full-time faculty,” says Hawkins. “We can think about where these seemingly disparate works can connect. We can have conversations that are transdisciplinary as well as cross-departmental.”