The Next Movement: Hip-Hop and the B-Series 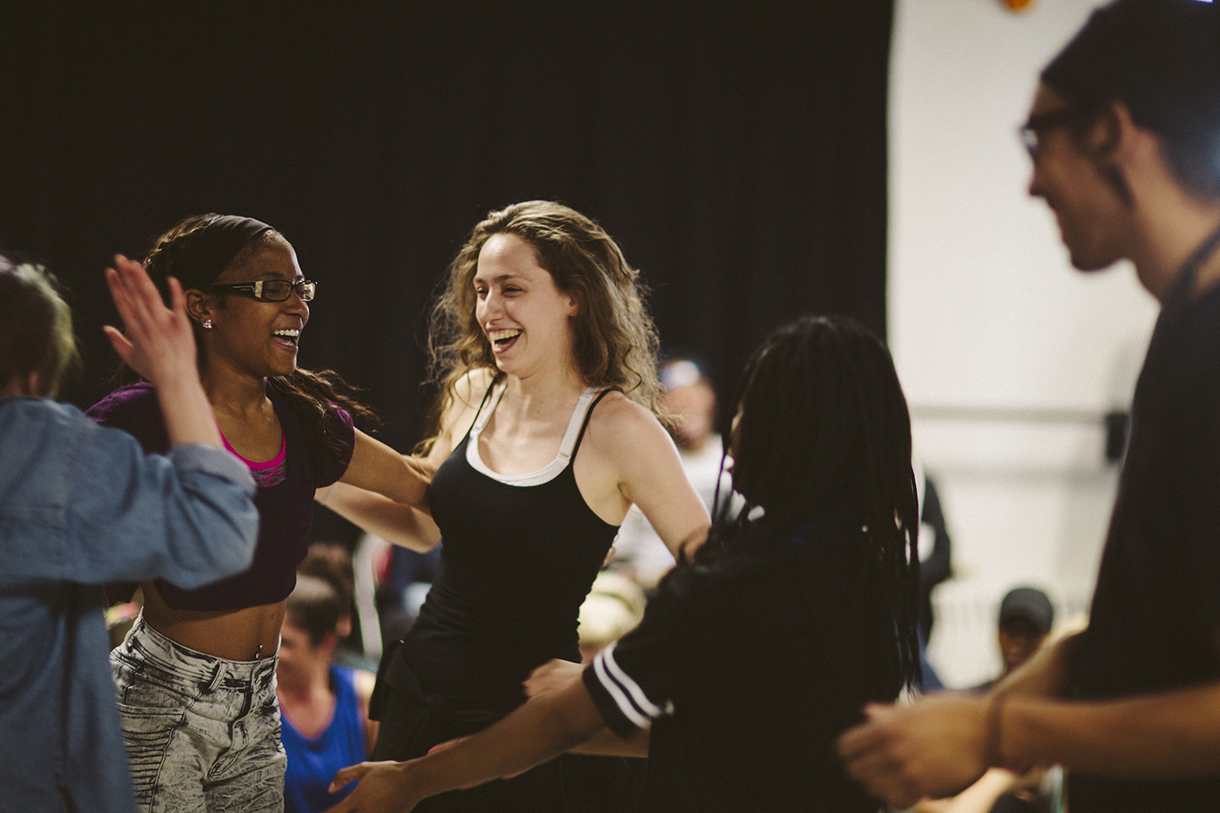 Students from Hip-Hop Technique I and II collaborate at the student-produced end-of-semester jam. Photo: Phil Dembinski '08 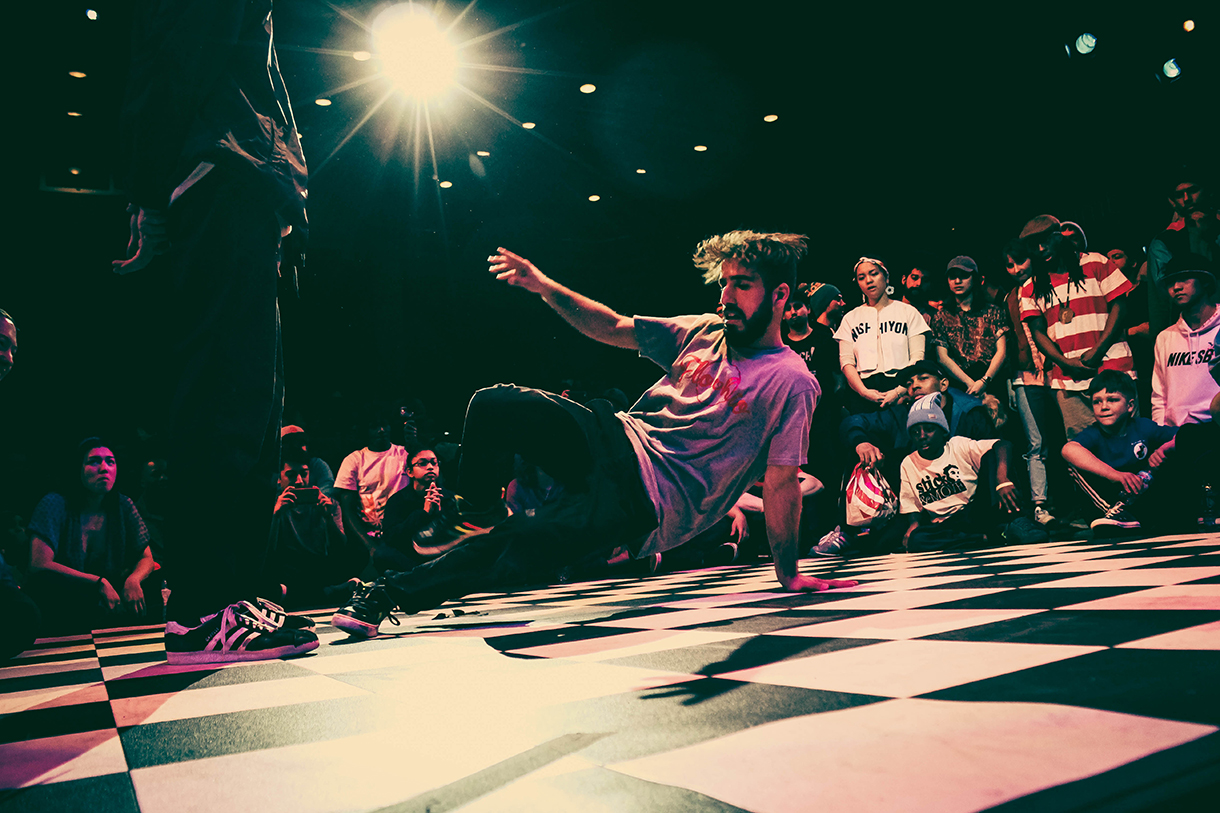 The theme of this year's B-Series (B-IL) reminds us to "be ill." Photo courtesy: JPX Photography/The Dance Center 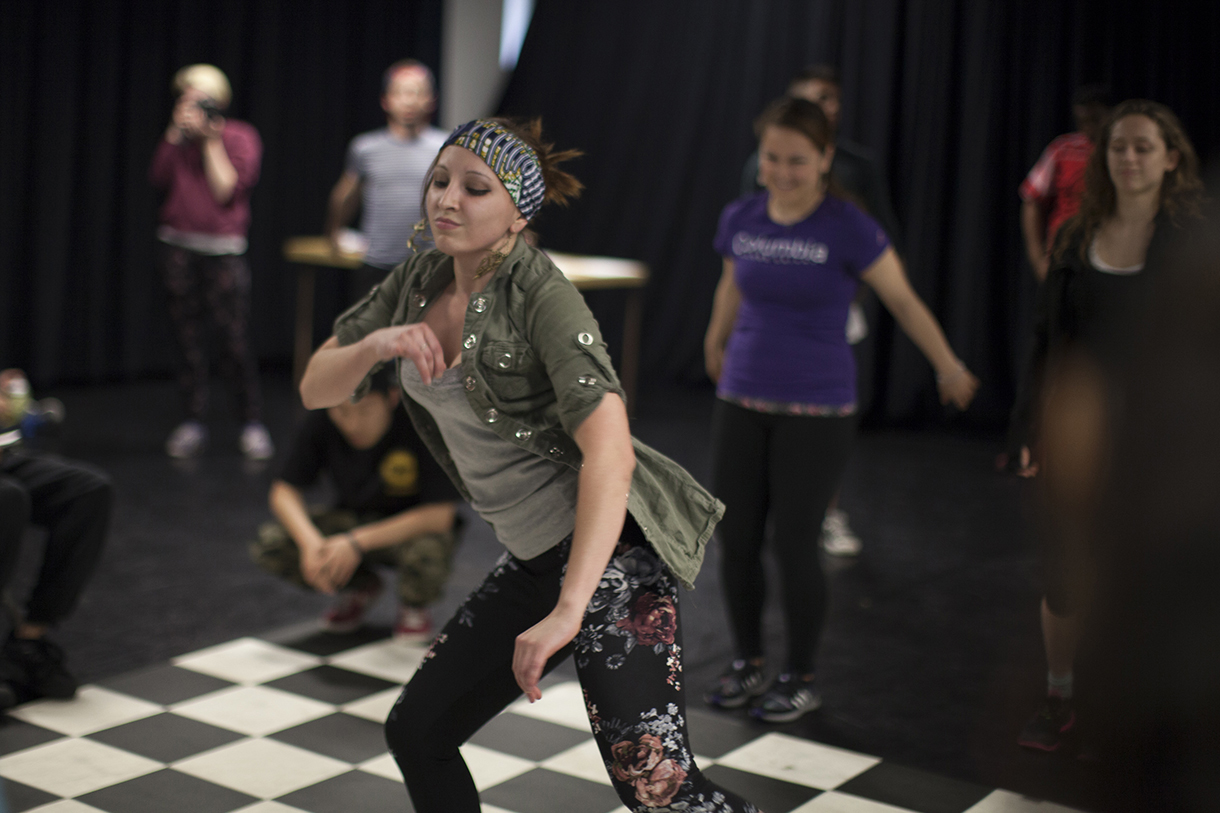 Students learn from their instructors, their peers and the community. Photo: Phil Dembinski '08 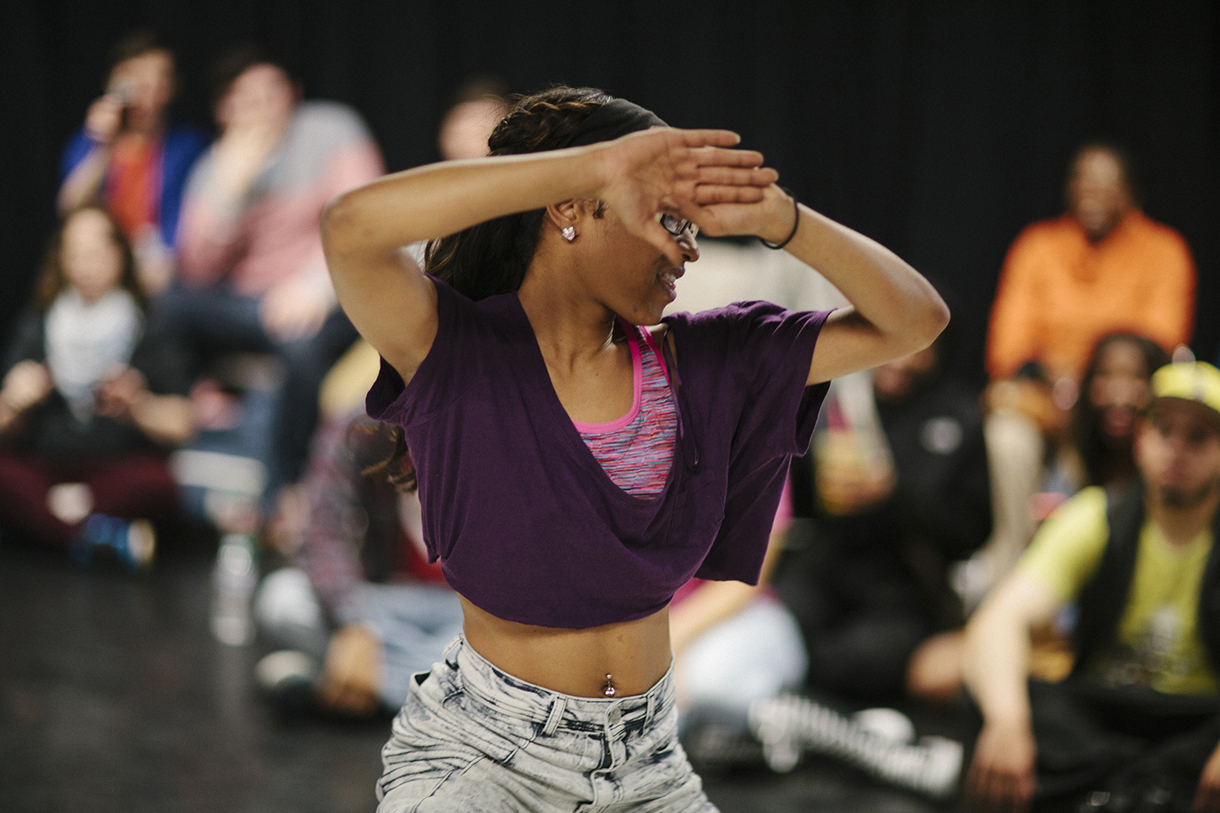 Kelsa Robinson believes that the B-Series is an important step in the evolution of recognizing hip-hop and related underground African-American dance traditions as cultural movements, not products. Hosted at the Dance Center of Columbia College Chicago, the B-Series is a two-day festival that features dance battles, educational workshops and much more by some of the top practitioners from the field. It celebrates the world-wide Afrodiasporic traditions of hip-hop and related street dance forms, while also reaching out to those who are unfamiliar to the culture.

Robinson got her start as a dancer in Chicago’s underground house scene, beginning at loft parties and Medusa’s (originally on Clark and Belmont) in the early 90s. In the early 2000s the deep house scene became her sanctuary, spending many hours a week in spaces like Red Dog’s Boom Boom Room, Smartbar, Zentra and Slicks. Soon after, she was enlisted into Venus Fly, an internationally known dance crew specializing in breaking, popping, wacking, house and other street dance styles. Now she oversees the B-Series, currently in its fourth year. Robinson is also part of the launch of Columbia’s new Hip-Hop Studies minor, a truly interdisciplinary study, which rolls out in the fall of 2017. Here, Robinson shares her insights on the B-Series, proving why it might possibly be one of Columbia’s best kept secrets.

Hip-hop revisited
Hip-hop dance and hip-hop culture are a part of our world but few people really know about it. Most people experience it as an appropriated, exoticized, watered-down thing—not the way it’s lived and experienced by its pioneers and practitioners.

What’s really exciting about the B-Series is that it’s an opportunity to shift people’s perspective and recognize that at some point people outside of the culture got a hold of it to make a profit. Hip-hop is often portrayed as violent and misogynistic. But the underground hip-hop community carries forth what it always was at its root: a resistance movement, one that promotes peace, community building and change.

How to be ill
The theme of this year’s B-Series is B-IL (“be ill”) because we’re going to be highlighting the pioneers and legends from the Chicago community. We’re focusing locally, “IL” as in Illinois, to celebrate Chicago’s rich history of dance. We’re doing an open-styles battle which will certainly feature some homegrown elements like house and Chicago footwork.

Keeping the “underground” underground
Calling these dance cultures “underground” is a misnomer because some aspects are still underground, but they are becoming less so. The fact that we can experience them at the college is a testament to this shift. The B-Series is rooted in hip-hop but it is a space that brings together a lot of different underground dance cultures like breaking, house, Chicago footwork, popping, locking and hip-hop freestyle. I teach a foundations class on hip-hop dance that incorporates all of these styles that have a deep relationship with hip-hop dance.

Spectator and spectacle
We hold the main event of the B-Series (the jams) in the Dance Center, which is great, but it’s a professional theater space with theater seats and that shifts things. People can watch it that way but we really encouraged people to come down onto the floor to get close to the dancers during the jam, stand at the edge of the cypher, maybe even dance themselves and make it their party. We don’t want it to be voyeuristic. These are cultures that you participate in, not ones that you just go and consume. It’s a clash of cultures but it’s an interesting problem to have and something that is part of our on-going dialogue around what it means to bring hip-hop to the academy.