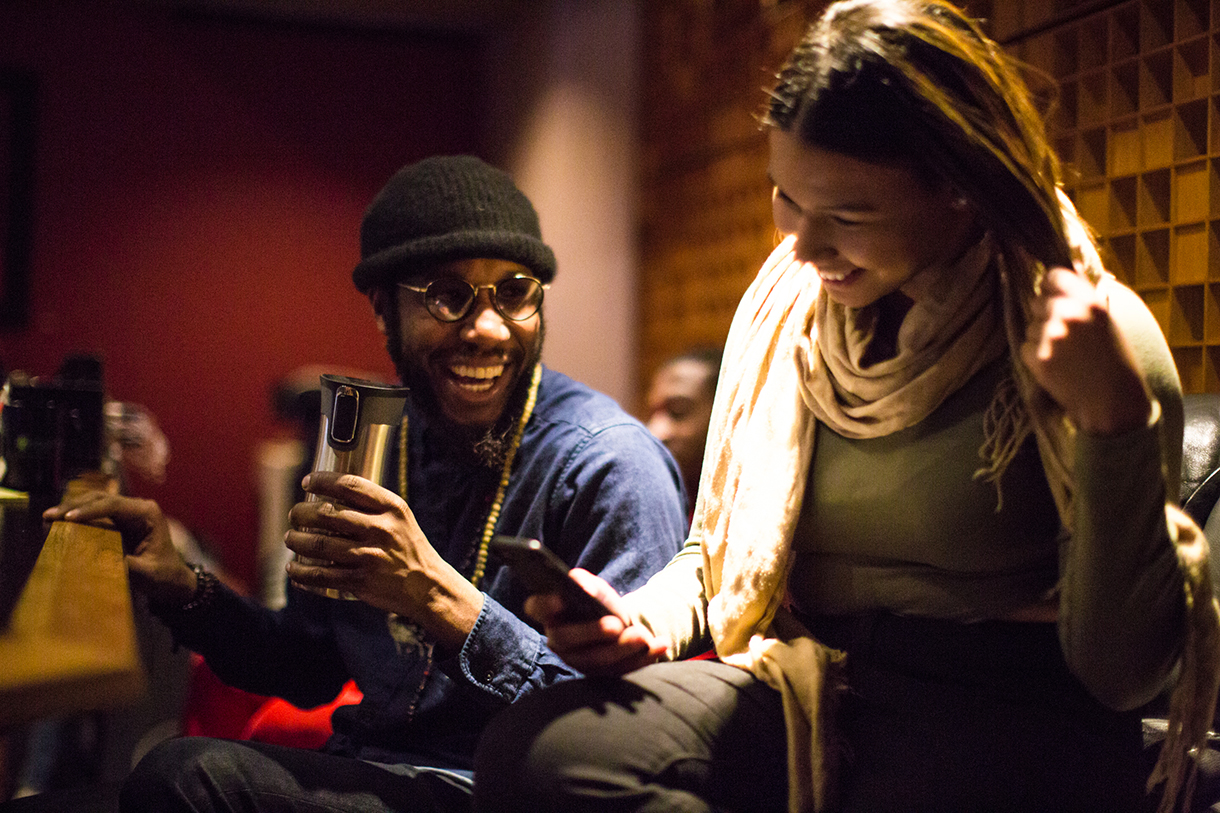 Cory Henry in the studio with the Music Department’s Recording and Performance Ensemble. Photo: Phil Dembinski '08 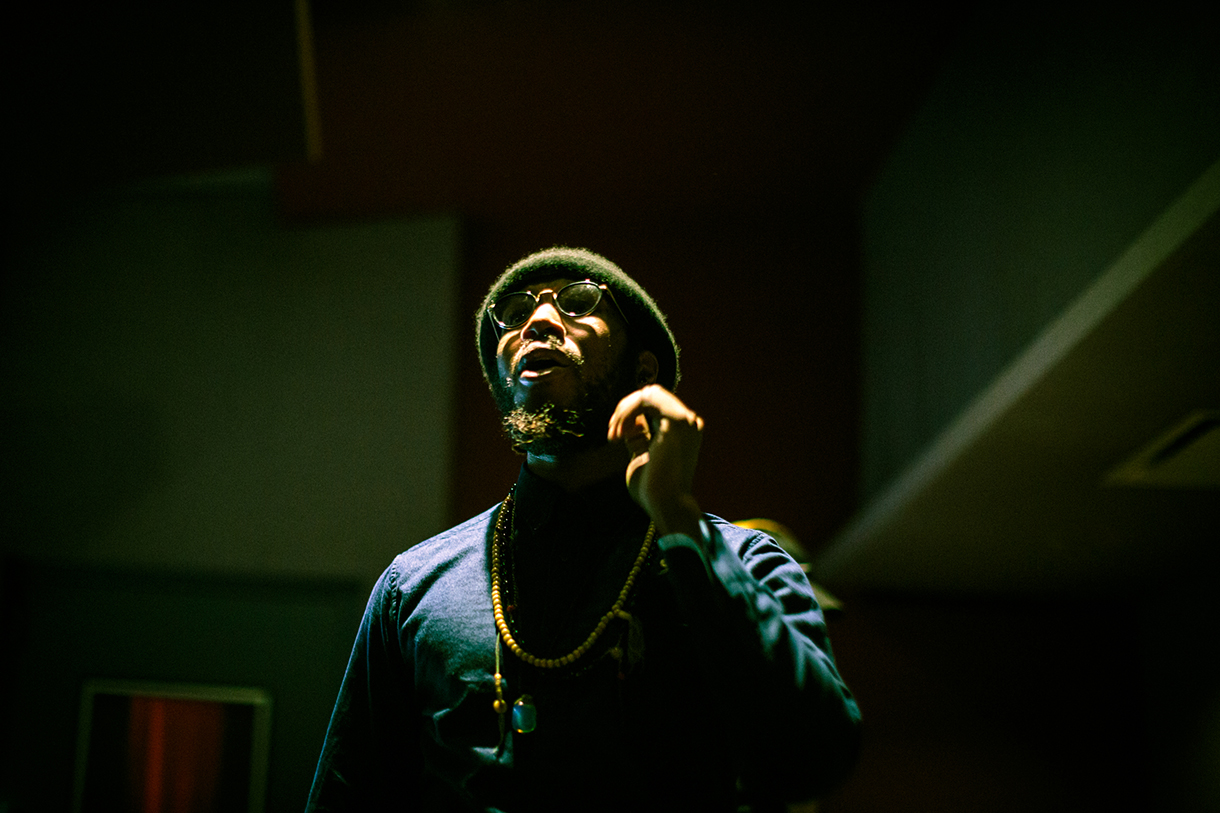 Cory Henry in the studio with the Recording and Performance Ensemble. Photo: Phil Dembinski '08 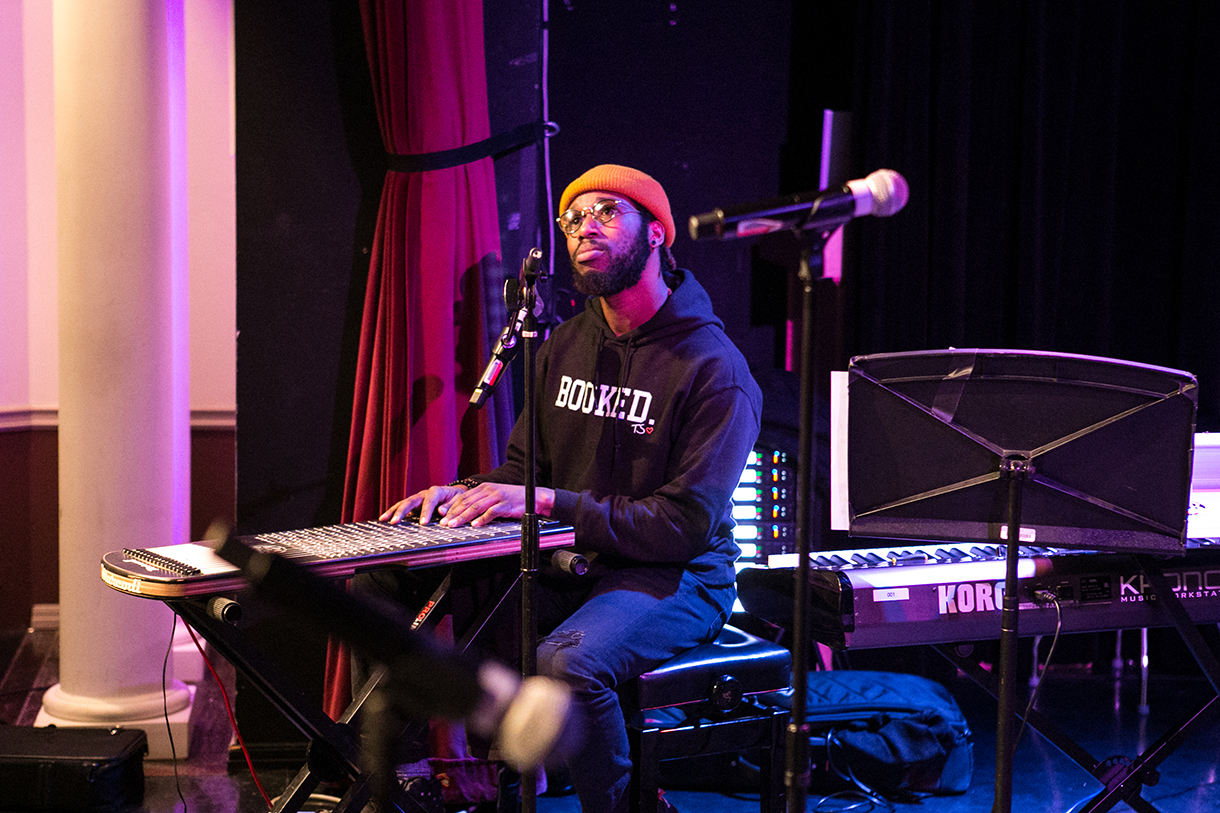 Cory Henry can’t remember a time when he didn’t love music. Coming from a home where legends like Ray Charles, Stevie Wonder, and James Brown were always playing, the three-time Grammy winner fell in love with the art at a young age. It began with his mother, who played him his first song, “Amazing Grace.” Henry’s mother was also the one who introduced him to the church choir, and Henry was eager to show up early and stay late for rehearsals: “I was so in love with music,” he says. “And I still am to this day.”

This love for music is also shared by Columbia students, and for a week, they performed, wrote, and produced music with Henry. For the second year in a row, Henry has served as one of the Music Department’s Artists-in-Residence. “Columbia’s teaching me how to be a teacher,” Henry says. “To see students take on songs and put their own feelings in them—it’s gratifying.”

Faculty member Joe Cerqua, who is also the Music Department’s creative director and producer, created the Artist-in-Residence program a decade ago. “You can just hear the students getting better because of the resident artist,” he says. “The artist is not dumbing down what they do; they’re trying to raise the students up to actually be able to perform with them. It’s a lot of hard work for our students, but it pays off.”

Henry, a musician many Columbia students were already familiar with, was a perfect choice for the 2018 pop-centric Artist-in-Residence. “He’s a perfectionist,” Cerqua says, laughing. “He knows what he wants things to sound like. He’s very gentle in getting that out of the students, but in the same way being firm when he feels like he’s given a note too many times.”

For Henry, the opportunity to impart his knowledge upon others is a welcome one. “These students are looking at me for affirmation or inspiration, and I’m happy that I can provide that in my own little way,” Henry says. “I just give my two cents about the music that I like and play. I feel happy about being able to pass on that knowledge.” There are things Henry wishes he’d had people tell him in his earlier days as a musician, such as how to build a career, how to network, how to share—and now, having learned them on his own, he’s able to share his experience with Columbia students.

Henry’s energy is infectious; at his residency concert on March 9—where he shared the stage with the Music Department’s various ensembles—no performer was left without a smile. When introducing the Recording and Performance Ensemble, Henry and the students shared a moment from their studio time from the day before: When the group brought him several songs to consider for their recording session, Henry selected one—which the students denied. “They vetoed me,” he said to the crowd, laughing, “and I’m glad they did.” Henry recognized that the group’s gut feeling to record their song “Consume You” was the right choice.

When asked what advice he might offer budding musicians, Henry’s answer is simple: “Ask yourself: What do you like? I make music for me,” he says. “I make music because I love seeing people dance. I don’t think people will dance if I’m not dancing, and that’s the motto in my band: if we get to a point and I’m not dancing anymore, there’s a problem. My feet need to be moving, because when my feet are moving, their feet are moving, and that means we’re all together.”

Grammy-nominated trumpeter Russell Gunn also spent a week with Music Department students in March, and rounded out the school year’s roster of resident musicians. Multi-instrumentalist Ivan Neville will kick off the 2018-19 residencies, visiting Columbia from November 12-16. Future residencies will be announced via the Music Department’s Artists-in-Residence page.