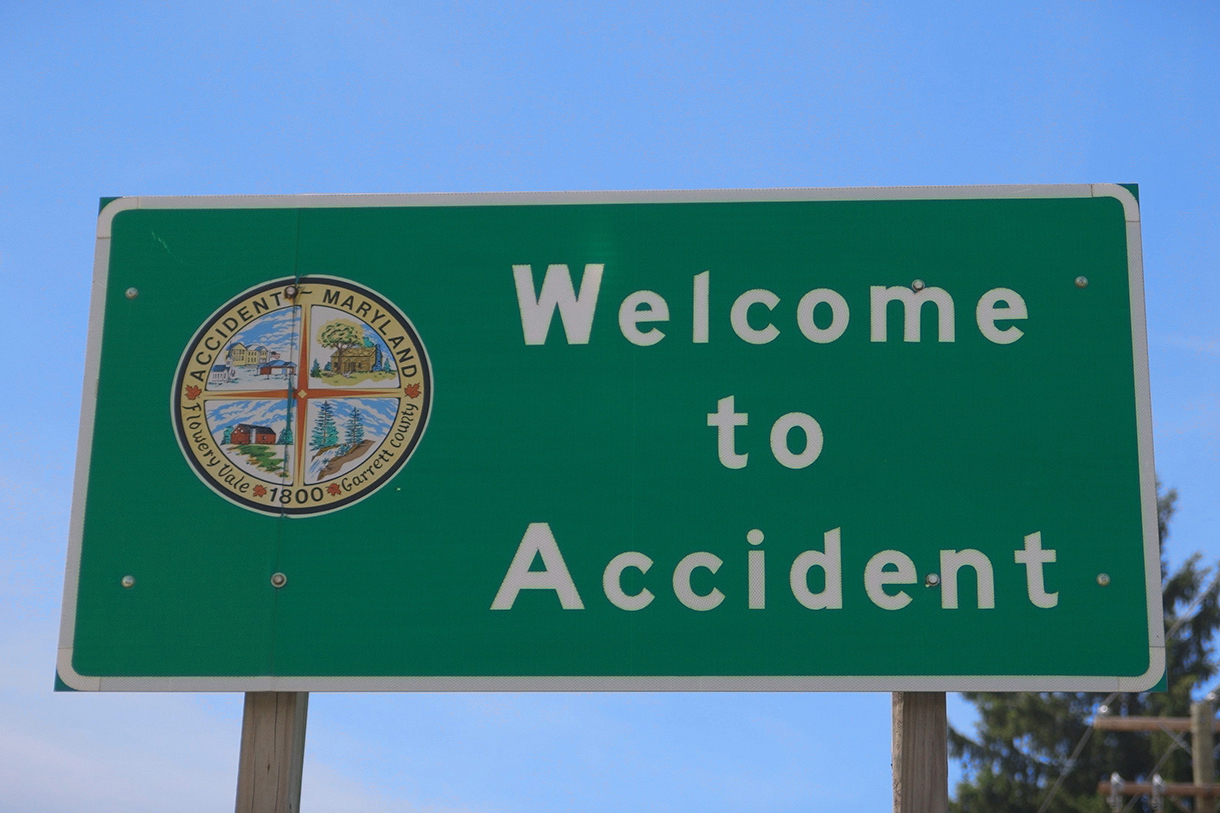 Dan Rybicky, an associate professor in the Cinema and Television Arts department, has a short documentary film about the U.S. healthcare system featured in the prestigious Chicago International Film Festival that opened earlier this month. This was Rybicky’s first time submitting and being selected for the Academy Award-qualifying film festival. Rybicky’s film, Accident, MD, is a 19-minute documentary short film that surveys people in the town of the same name about their healthcare experiences.

“The film is really just a survey of small-town America’s responses to the healthcare crisis in our country,” says Rybicky. After coming to a realization of how complex healthcare is, calling it “a black hole of confusion,” Rybicky wondered whom he could talk to about it. Once he found out that there was a town in Maryland called Accident, he decided to take a road trip.

“I could tell that people really had stories to tell, and so I drove back here, I got my cinematographer and sound person and then drove back a few days later and filmed everyone I could that I could talk with in town about how they felt about healthcare,” Rybicky said.   Prior to Accident, MD, Rybicky spent eight years working on a feature film titled Almost There, which told the story of an 83-year-old man, considered an “outsider,” who finds himself dealing with a lot of hardships, including his house being condemned. This film raised a lot of questions from Rybicky’s audience about healthcare and how people, much like the man in his movie, are able to survive – ultimately sparking the idea for Accident, MD.

“I could just tell people had a real concern about healthcare,” Rybicky says. “This is a conversation I want to continue to have both in front of the camera and outside of the film.”

“Accident, MD, is a film that perfectly encapsulates our current political moment,” says Columbia alum Sam Flancher '13, a programmer for the Chicago International Film Festival. “Rybicky’s subjects reveal the immense human cost of a political propaganda machine that forces people [to] think and act against their own self interest. The interviewees are never belittled or condescended to—they’re revealed as vulnerable human beings taking the brunt of the consequences of a nationwide crisis.”

Eric Scholl, interim chair and associate professor in the Cinema and Television Arts department, called Rybicky a “really passionate” filmmaker. “He is incredibly empathetic and is not afraid to include himself as the interpreter for the audience,” says Scholl.

Accident, MD had its world premiere on May 2 at the Maryland Film Festival. It played at the opening night shorts gala. Richard Brody, a critic from the The New Yorker, called Rybicky’s film one of “the highlights of the festival.”

“I was really happy,” Rybicky says of the early accolades for his film. “It’s always a total treat and delight to be able to share something you’ve made with big audiences,” he says.

This is the 54th year of the Chicago International Film Festival, which takes place at AMC River East. The festival runs through October 10–21. Accident, MD was screened on October 11 and 13 and can be seen for the last time at the festival on October 18.

Watch the film in its entirety here:

Update: On February 20, 2019, Vimeo chose Accident, MD as their Staff Pick Premiere and wrote an editorial about the film.

Special thanks to Journalism Associate Professor Jackie Spinner for collaborating on this piece with Photojournalism student Yasmeen Qahwash.