Focusing in on a Movement 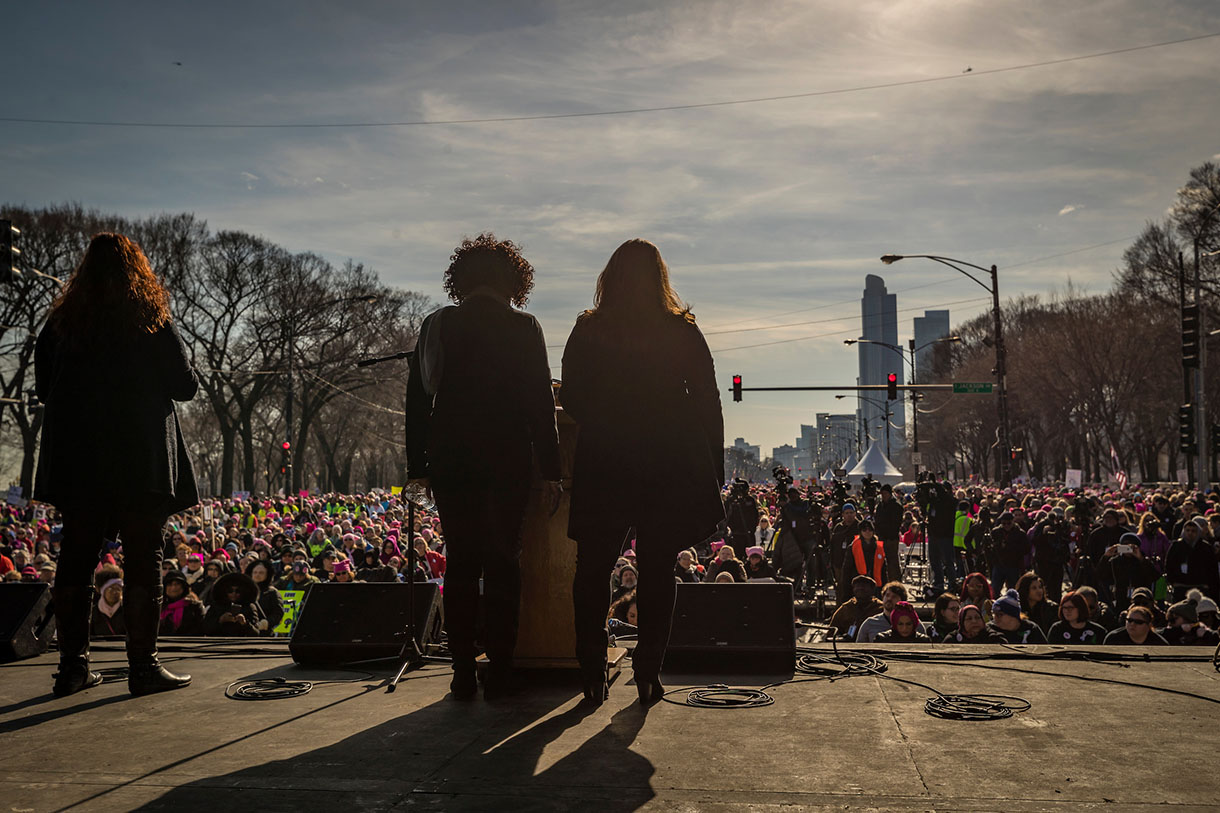 Matheson takes a photo of Chicago's Women's March on January 20, 2018. Photo courtesy of Sarah Matheson '16.
Photographer for the Hillary Clinton campaign, and most recently the Women’s March in Chicago, Sarah Matheson ’16 is always ready with her camera.

“If you’d said to me years ago that by the age of 50 I’d have photographed two presidents, a presidential candidate, my idols Madeleine Albright and Gloria Steinem, I would have said, what are you smoking?”

The past few years have been a whirlwind for Matheson, who moved here in 2011 from Australia, and it began in a class with Pulitzer Prize-winning photographer John H. White. “I was in class thinking, oh my god, these students are so good at photography. Then John wrote me a letter and said, ‘you’re a mother, you have all of this fire in your belly. Take it as far as you want to take it.’ He gave me permission.” Matheson, who has 25 years of experience in business development for internet and marketing companies, says she came to Columbia for the critiques, “and the quality of professors.” In addition to White, she lists MacArthur Fellow Dawoud Bey, Paul D’Amato, and David Travis among her mentors at Columbia.

When White suggested she document rallies for a class project, Matheson wasted no time. She took a photo of then-Secretary Clinton at a Bronzeville rally in 2016 and began networking. It quickly proved fruitful for Matheson: she made connections with campaign staff and was on her way to capture the Democratic National Convention in Philadelphia. She spent the first few days following the Illinois Democratic Party for her independent documentary work before she was pulled in to the social media team for the convention. “I would inhale a muffin and cover the Illinois Democrats, then I would inhale a sandwich and cover the speeches.”

Shortly after, Matheson was embedded in the local headquarters to photograph Clinton’s presidential campaign here in Illinois. She completed 56 events in 42 days across four states. These and other campaign photographs were compiled into a book, A Visual History, and curated for a project in Bey’s class.

Matheson did all of this while she was a student. “Oh, it was manic,” she says. “Completely upside down. The key thing is: my camera can take me anywhere. It’s a license.”

This past weekend Matheson continued her photojournalism work, acting as the Digital Media Lead for the 2018 Women’s March in Chicago. Matheson led a team of more than 50, including current Columbia photo students, photography interns, alumni, volunteer photographers, videographers, photo editors, and support staff at March to the Polls 2018. “The Women’s March is an umbrella and a platform,” she says. “It’s not a march, it’s a movement.” This year, Matheson and the Women’s March partnered with Columbia where the college served as media hub for her team.

Matheson captured a moment of Gloria Steinem talking with a participant at last year’s Women’s March in Washington D.C. The photo was named a 2017 Libris Iconic Image, and is emblematic of Matheson’s style. “Images have layers of a story, and I try to make a visual story in one go. In just a glimpse, you can get a sentiment: of a political cause, of a situation, of whatever you’re trying to describe. With words, that would take paragraphs.” 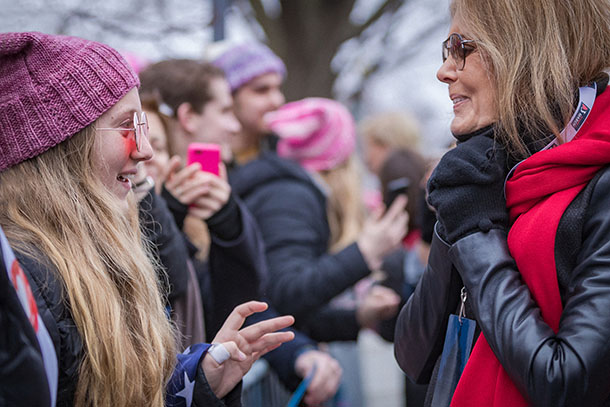 Matheson’s success didn’t come as a coincidence or in the form of a lucky break. She hustles, and she encourages budding photojournalists to do the same. “I got here because I don’t say no,” she says. “Your camera is a gateway to possibility. If you’re professional, if you have a craft, if you treat your practice like a brand, you can get into places that you might not otherwise have been able to.”