One Photograph at a Time: The Ruttenberg Legacy Continues 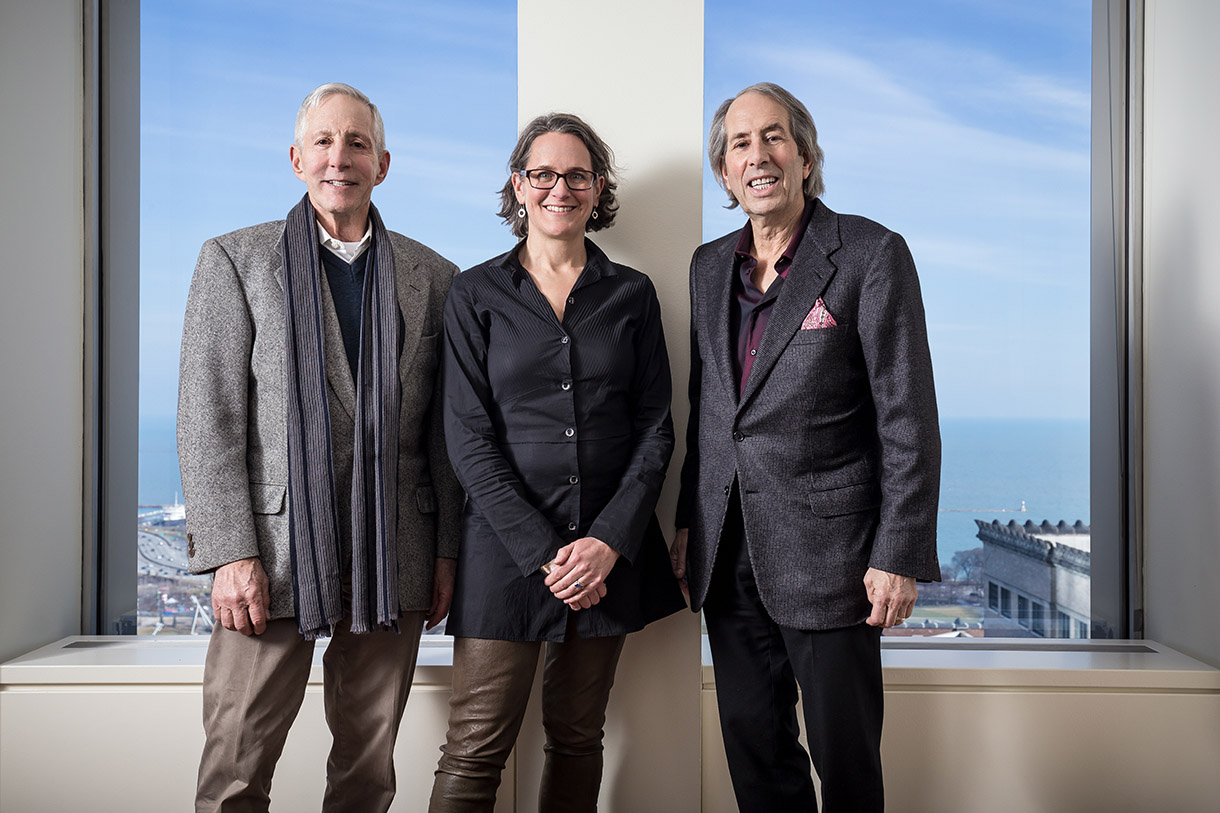 The Ruttenberg family has always had an eye for art. In 1952 David and Sarajean Ruttenberg bought a painting by the famed abstract expressionist Jackson Pollock for $400 and hung it on a wall in their home.

“Guests thought they were crazy for buying that,” recalls Buzz Ruttenberg, David and Sarajean’s eldest son. “They’d ask my parents, ‘what were you thinking?’” The painting remained in the home where Buzz and his younger brother Biff grew up, becoming an important piece of their childhood and sparking an early appreciation of art. “It was part of how we enjoyed our house,” says Buzz.

While the Pollock went up on the family’s wall in the early 50s, Buzz and Biff's parents didn’t start collecting photography until the 70s and 80s. “Going to museums, they exposed us to different mediums of art,” says Buzz. “Our parents’ passion was something Biff and I could appreciate and observe, and we did.”

With photography, David enjoyed discovering emerging artists who were trying new things in an art world known for its exclusivity. “Helping young artists was what he liked to do most,” says Biff.

Buzz and Biff’s father was a founding member of Columbia College Chicago’s Museum of Contemporary Photography (MoCP) when it was established in 1976. As collectors and philanthropists, David and Sarajean worked to shape and support the MoCP’s mission and collections for nearly four decades. The Ruttenbergs donated or purchased 271 works in the MoCP’s permanent collection. Now passed, they are remembered by their sons Buzz and Biff through stories, nicknames, and a major contribution to the museum. 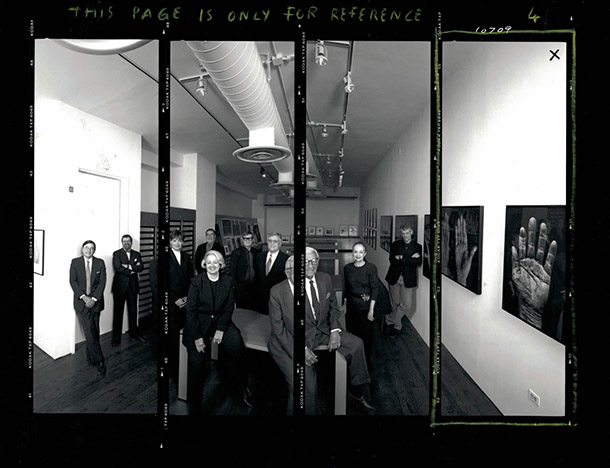 The MoCP Museum Advisory Board in 1998 with David C. Ruttenberg. Photo: Francois Robert.

In February of this year, the brothers announced the David C. and Sarajean Impact Fund for Photography through the David C. & Sarajean Ruttenberg Arts Foundation. The $1 million donation will go toward significant acquisitions of photographic works from established artists. “What my brother and I are doing is simply fulfilling what my parents planned years ago,” says Biff. “We wanted future generations to have some notion of who our parents were. They were an important part of the MoCP then, and we continue to support it as it is today.”

“The gift is an amazing stamp of confidence that we’re doing something right,” says MoCP Executive Director Natasha Egan. “The Ruttenbergs are giving us the ability to purchase works that have been out of our range in the past, works that have been on our wish list for a long time.” Over the years, Buzz and Biff have continued to be an integral part of the MoCP community.

Buzz and Biff commissioned renowned Chicago-born photographer Victor Skrebneski, known for photographing celebrities including Audrey Hepburn and Oprah Winfrey, to take David Ruttenberg’s portrait for their father’s 70th birthday. The MoCP later purchased a copy of the photograph, but the original gifted print continues to be one the family holds dear. “That one is very special to me,” says Buzz, especially since his father had frequently collected works by Skrebneski. 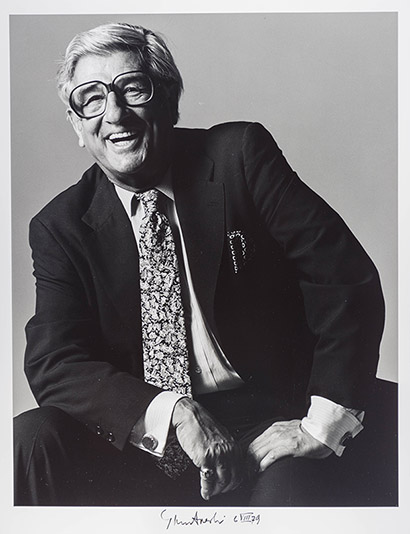 The Ruttenberg gift is the largest in the MoCP’s history. The brothers’ focus is to continue the spirit and commitment that their parents had to the museum. Through their gift, visitors to the museum will be exposed to a broader array of contemporary photography, providing for a richer experience. “As small as we are, to get that recognition helps put us on a global map,” says Egan.

“We’re keeping our parents’ names and legacy in a viable and present format,” says Buzz. “None of us can live forever, but their spirits and values carry on.”  And while their parents’ legacy continues through the support of Chicago cultural institutions, it also lives on in the stories behind the brothers’ nicknames.

“Apparently I was a highly energetic baby,” says Buzz. “One day my dad came home and tried to feed me. I wouldn’t sit still, I was spitting food and making a mess. My dad said, ‘quit buzzing around.’ It stuck. To this day, at the tender age of 77, I’m still buzzing around.”

Biff’s nickname came after Sarajean realized one nickname meant another. “She was a practicing psychologist for the Chicago Board of Education before they got married,” says Biff. “She was convinced the life of the next child would be a trauma if the second child didn’t have a good nickname too.” On New Year’s Eve, a week before he was born, Biff’s parents were at a party where friends were discussing a neighborhood bully named Biff. “So I’m told, my parents looked at each other without saying a word, and when I came out I was Biff.”

While their parents aren’t here to see their family tradition of supporting the arts continue, their memory will live on in the walls of the museum and its visitors. “An institution is made up of very good people,” says Egan. “The Ruttenbergs aren’t just giving this gift because their father helped establish the MoCP. Over the years, Buzz and Biff have continued to support the museum and be here for us. There’s an appreciation from the family for the humans that make this place so successful,” she says.