Shining a Light on Broadway 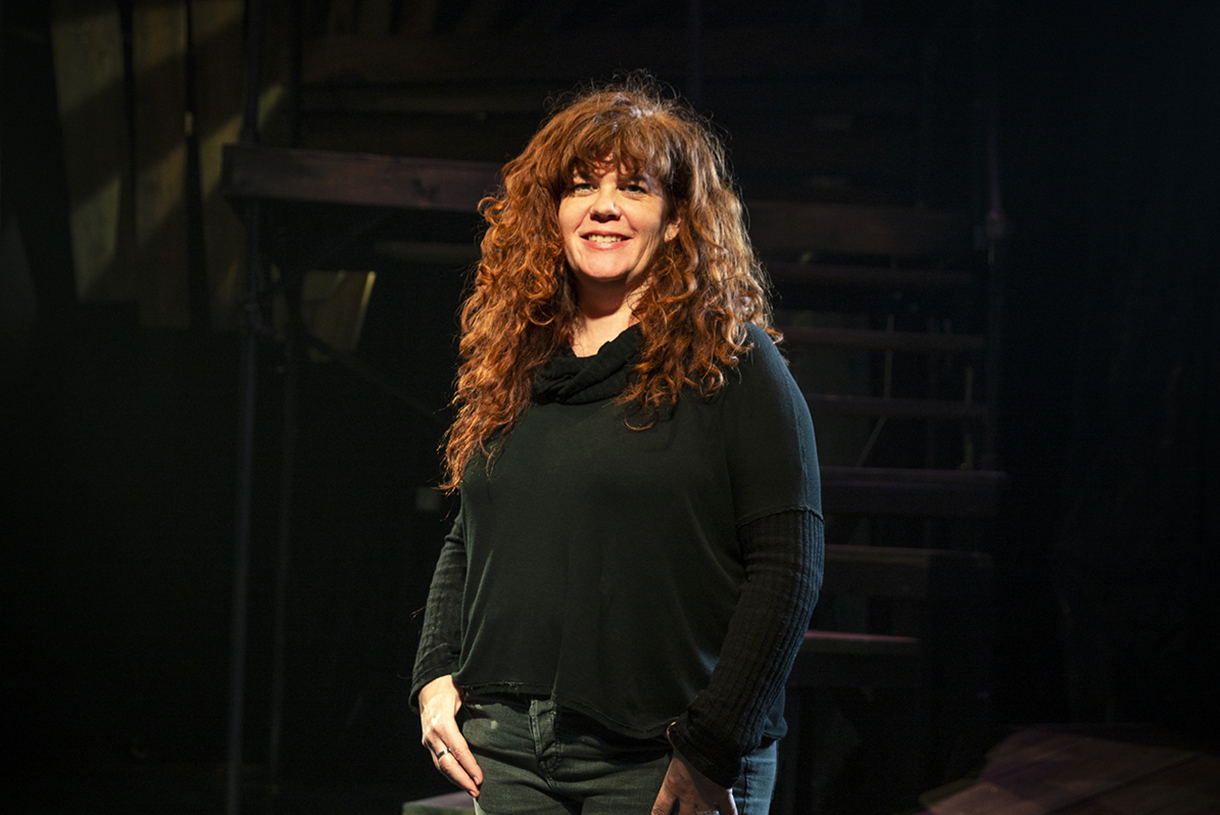 There's an old adage for lighting design that says, "The best stage lighting isn't seen." Heather Gilbert says that’s just not true. "Not even a little bit. Lighting needs to tell the story in its own way."

When Columbia's Theatre Design and Technology Program Coordinator Heather Gilbert isn't teaching in the classroom, her time is spent illuminating New York City, where she served as the Lighting Designer for the critically acclaimed new Broadway play, The Sound Inside.

The New York Times has given the play rave reviews, calling it a flawless production and recognizing Gilbert's lighting work as "exceptionally expressive." The play is an intimate drama, starring Mary-Louise Parker and Will Hochman as its two leading, and only, roles.

Gilbert wasn’t the only one involved in the production with ties to Columbia. Former Theatre student, faculty member, and 2017 honorary degree recipient, David Cromer, was the play's director. Cromer is no stranger to the Broadway stage. In 2018, he received a Tony Award for Best Direction of a Musical for The Band's Visit, which was his first nomination and win.

Gilbert first met Cromer more than two decades ago – since then they have worked together on numerous Chicago productions and briefly taught a collaborative theatre class for designers and directors at Columbia.

"I'm doing this play that I absolutely deeply love with a director that I have a 25-year long relationship with…who makes me the best that I can be," said Gilbert. "I do better work with him than I do with anyone. I do great work with other directors too, but he pushes me exactly at the right place. He's really brilliant."

"It's really amazing that David, as an alum, comes back as a professor, teaches with Heather at Columbia, works with her in Chicago theatre – and now they're collaborating on Broadway together," said Theatre Professor and Allen and Lynn Turner Chair, Carin Silkaitis. "I think it's really a great model for our students to see this kind of work being done."

For Gilbert, working on Broadway was an exciting new opportunity. While her lighting work has been seen onstage at nearly every theatre in Chicago, as well as across the country and in London, this was her first Broadway production. 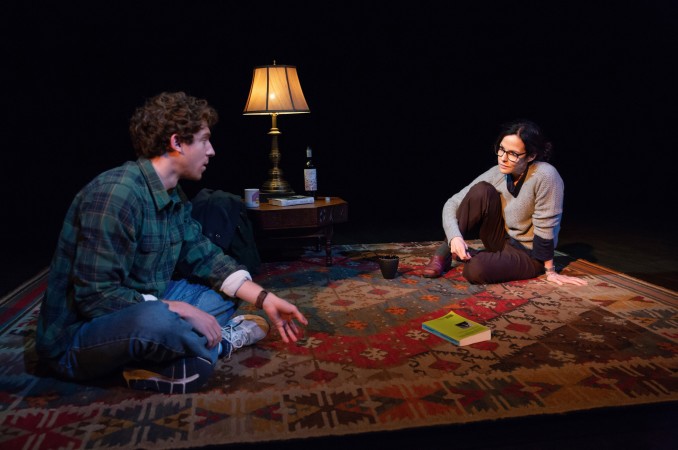 In addition to learning the basics of stage lighting, design, and technology, Theatre faculty members ensure each student receives an immersive experience in the industry, including learning how to network and showcase their work to other theatre professionals.

Silkaitis says new careers in theatre are growing thanks to emerging technologies in sound, lighting, and projections, as well as virtual reality within scenic design.

"Every time a student asks me, 'If I want to make sure I have a career in this industry, what do you recommend?', I always say study Theatrical Design and Technologies because there are so many jobs in that area right now," she said. "Especially for technicians. They are working everywhere."

Each Theatre Design student is mentored and receives hands-on experience behind-the-scenes, with opportunities to work under a number of umbrellas, including: designer, technician, running crew member, scenic painter, makeup artist, sound engineer, and more. Gilbert says her students often have the chance to gain industry experience before graduating. "I try as much as possible to take them with me. I try to get them out there into works with me, and have them assist me on projects, or I have them work with me in some way," she said.

Before its debut, one of Gilbert's students had the opportunity to intern with the Broadway production. Connor Sale spent 10 days working behind the scenes on the lighting team, which Gilbert says he considered to be "invaluable experience."

"I really love helping them find themselves," said Gilbert of her students. "I have become a better designer because of them."

Gilbert also recently designed Columbia’s Fall production of Space. Some of her upcoming designs include Bug with David Cromer and Dance Nation with Lee Sunday Evans at Steppenwolf Theatre, and The Niceties at Writers Theatre with Marti Lyons. For more information about her past and upcoming work, visit her website.