Adjunct Instructor and Academy Award Nominee John Hancock on Fearlessness, Directing, and the Next Chapter 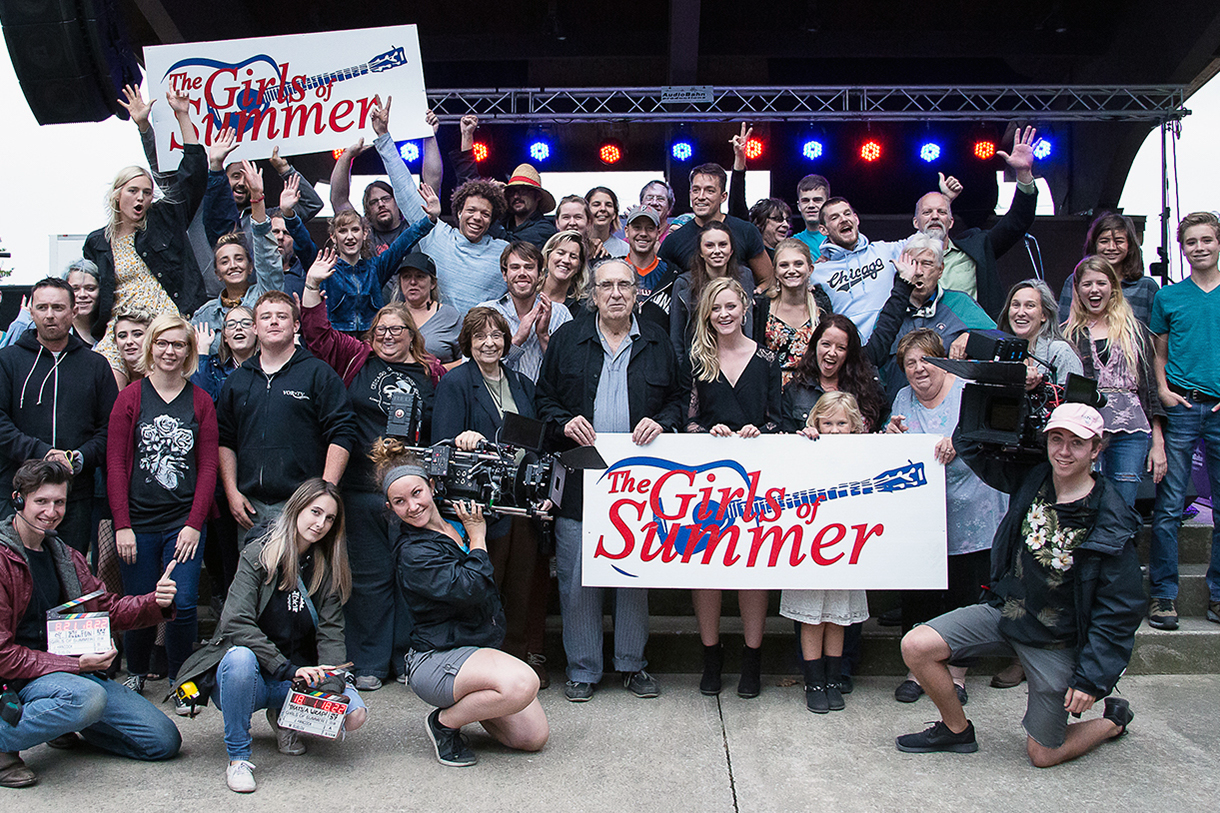 Humble beginnings led to recognition at the Academy Awards for John Hancock.

Tennessee Williams stood naked in the YMCA on London’s Upper West Side, oblivious to John Hancock, who was just a little bit floored that one of his heroes was standing not more than six feet away from him. It didn’t take Hancock long to walk up and introduce himself in the locker room. And so was born a working relationship that transcended professional boundaries (although Hancock was hired to co-direct Williams’ “Milk Train” and also worked with Williams on “Two Character Play”) and became a deep friendship.

Such a story isn’t surprising once you’ve been exposed to the wit and charm of Hancock, Academy Award nominee and adjunct instructor in Cinema and Television Arts. His career, which includes such directorial credits as “The Twilight Zone,” and “Hill Street Blues,” is marked by recognition from some of the biggest and brightest in the field—as well as his share of awards, including a Brandeis Award and an Obie.

His story, though, had humble beginnings. He recalls as a youth that, “Like everybody else on Saturday afternoons, I went to see wonderful films at the local theatre in Berwyn. John Ford and Howard Hawks, and even just wonderful trashy films too, like ‘The Sands of Iwo Jima’…and then, in college, Lawrence of Arabia and Olivier’s ‘Henry the Fifth,’ I remember watching that over and over.’ Inspired by what he saw on the screen, a young John Hancock started directing projects of his own in college.

He laughs now, remembering the minor disappointment that paved the way for an enviable career. He says, “[At Harvard,] I read for a part in ‘Three Sisters,’ and didn’t get it. And I thought, ‘Gee, why don’t I direct?’” It turned out that Hancock spent practically more time directing in college than going to class. Later, when the famous critic Eric Bentley came to Harvard for a year to give the prestigious Norton Lectures, Hancock found a mentor.

With Bentley at his side, “I had a very important mentor…And we got to be friends, and I did his version of ‘Chalk Circle,’ that did very well. Then I did his version of a Brecht play, ‘A Man’s A Man,’ and that was successful. And then, right after I graduated, I went to New York and he got me my first three jobs in New York.”

One of those jobs was a position as the Artistic Director at the Actor’s Workshop in San Francisco, where things really took off. Now widely recognized by leaders in his field, Hancock began looking to film and television for projects that he thought would be interesting and that would engage an audience. After doing what he describes as “a lot” of theater, Hancock got a grant from the American Film Institute to do a short. He remembers, “They gave me $10,000 and I made it. It’s about businessmen that play touch football in Central Park.” That film, “Sticky My Fingers, Fleet My Feet,” ended up getting an Academy Award nomination in the short film category.

Even today, with features and episodics well under his belt, Hancock can’t say enough good things about directors working on short films. “You need a calling card of some kind that convinces people that you can direct, you know?” His short, “Sticky My Fingers, Fleet My Feet,” spoke to him because, “It’s about a guy that wants to be a fabulous wide receiver, who gets the shit kicked out of him by a teenager. It destroys his self-image but hope blooms again. He decides he’s going to focus on tennis. So, the idea that you can be hurt, and hope can bloom again. That’s happened to me a number of times.”

Today, Hancock is a generous, assured, and kind man with what Bostonians might call a wicked-sharp sense of humor—and bravery. Having reached a point in his career where Hancock can be the kind of mentor that once guided his own career, he encourages students not to be hemmed in by having to immediately decide on a “voice.” He says, “There's so much emphasis now on directing student directors to find their individual voice. And I kind of belong to the other school… There's also another way, which is, you're just good. And that's all I'm trying to be.”

He certainly is: critics have roundly supported the many films he’s directed over the years, including “Bang the Drum Slowly,” “Let’s Scare Jessica to Death,” and “Prancer.” Hancock is a man who can work and work well in any genre from off-Broadway plays to horror features. And as always, his focus is on producing good content. He has been widely lauded by experts in his field. Steven King listed “Let’s Scare Jessica to Death” as one of the five scariest movies ever made. And as New York Times film critic Roger Greenspun said of “Bang the Drum Slowly,” “We are not so used to performance as opposed, say to ‘presence’ – in movie acting. But if Hancock prospers, as he should, we may get used to it. This will be everyone’s good luck.”

Hancock is good. Better than good. And he’s also far from done. Recently, Hancock directed his own feature, “The Girls of Summer,” about a drummer in a country girl’s band, which is being distributed by Indie Rights. He also has two new scripts that he’s working on getting financed. And, of course teaching students here at Columbia in Directing I, Directing II and in graduate thesis courses. For those students lucky enough to work with Hancock, every class is a master class in fearlessness, quality, and the ability to rise up. Just as he has.