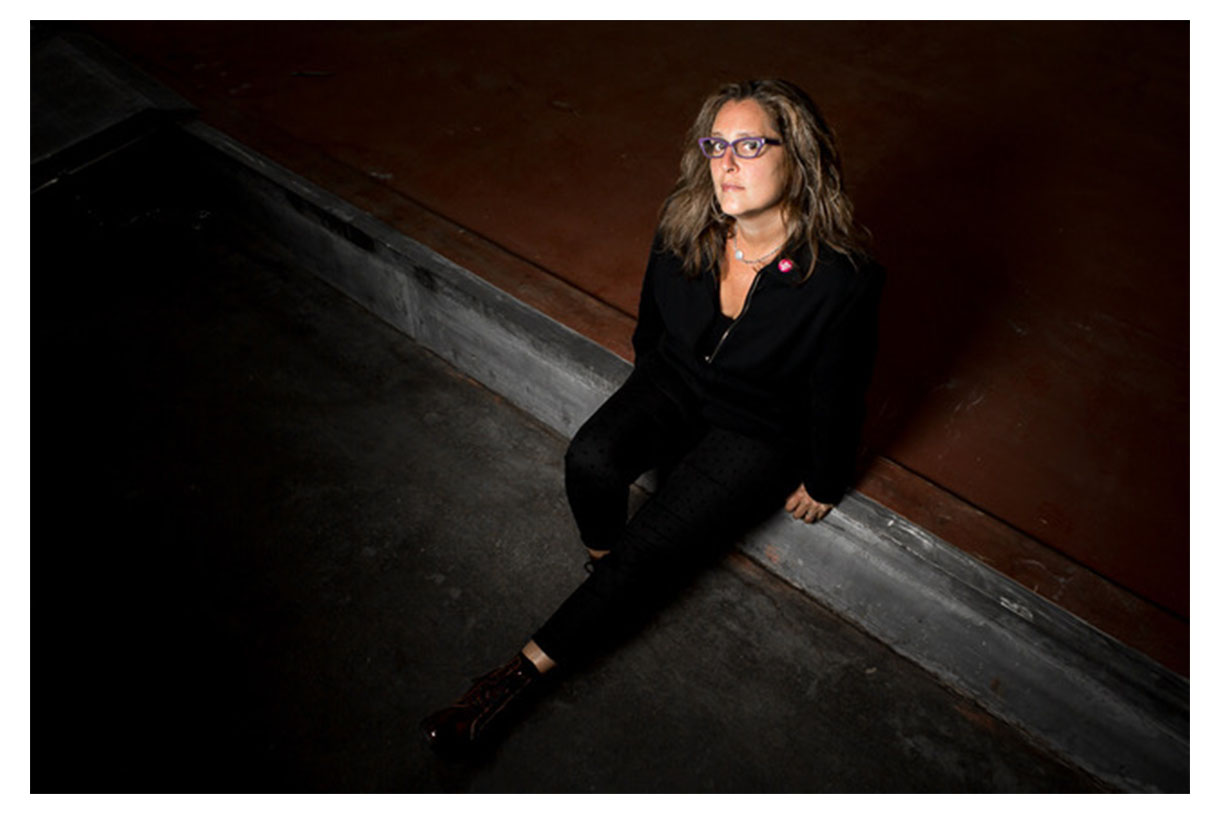 I was always interested in art, photography and film. When I was in college, I double majored in both photography and film when I was studying at The University of the Arts in Philadelphia. After college I worked as a music photographer shooting album covers and magazine stories which led me into the world of music videos. In my personal work, I was primarily working in social documentary photography street photography. I was working on a long-term social documentary street photography project in Wildwood, New Jersey. I felt that it was important to hear what the subjects had to say. They were teen aged girls who we so seldom hear from. It was after this and capturing audio and interviews that I decided that I wanted to shift my focus more towards social documentary films.Wildwood, NJ was my first feature documentary film which has since had an interesting viral second life.

How did your education prepare you for your current position? Did you always know that you wanted to mix teaching with filmmaking?

I think that one of the things that college prepares you for in your work in the field is to develop and explore a sense of inquiry in your work. I didn’t always know that I wanted to teach, but I’ve always been very connected to mentoring. It was important to me to be mentored because I was the first person in my family to explore an artistic pursuit. The mentorship I found outside of my direct circle of relationships was critical for me. I have since discovered that many of our students share that same experience.

How did you first become involved in teaching at Columbia? Can you talk a little bit about the classes you teach here?

I taught a music video production class when I first came to Chicago in the early 2000’s as an adjunct. Several years later, I was hired as a full-time faculty in documentary. I teach primarily in documentary. I co-designed the Interdisciplinary Documentary Program with Eric Scholl and several colleagues from across the college. I am very proud of this program which is unlike other documentary undergrad programs. Our program encourages students to work across discipline and platform in Cinema, Television Creative nonfiction writing, radio audio doc, journalism and photography. Skills in all of these areas are imperative in documentary storytelling. As my colleagues and I often discuss, it is just the sort of program that our years after college have manifested in our creative work.

Outside of doc, I enjoy teaching Strategic Distribution for Filmmakers. I have had experience of distributing work in every manner from theatrical, and tv distribution to hybrid and DIY. I enjoy this creative aspect of marketing and distributing films, which is an ever-changing landscape-- and even more so now that theatres are shuttered for what could be nearly a year.

Favorite moments include some very special classes with international students. Everyone wins! The day after Trump was elected [I remember] taking to the streets with some of my students and colleagues because we had to document Chicago’s response. [My] most recent rewarding teaching moments happened in Spring 20 during COVID in my Documentary Projects classes, when we were able to witness the agility of our documentary making students in telling very personal stories and re-crafting their original ideas to make something that is even more urgent and resonant.

You are a celebrated documentarian. How do you choose the topics that you ultimately explore?

I feel like most of the times my projects chose me in that the ones I make are the ones I couldn't say ‘no’ to. They are the stories I feel that I have to tell and usually it is because there is some social justice core to them. In the case of Tony & Janina’s American Wedding, it was our broken immigration system (which now is worse, and immigrants have been more stigmatized than ever in America). Janina had been deported, and I thought that the film would end with her being able to return to the US. When it became clear that wasn't going to happen, we used the film as an advocacy tool. My proudest moment was being able to help create change for the family in the film. Our documentary became a thorn in the side of the Department of Homeland Security and an International breaking news story in the NYT when Tony and Janina were reunited in Chicago four years after Janina was deported. That event outweighed any festival prize or award I had ever received.

In the case of Lipstick & Dynamite, it was about feminism and the strength of women. By using the women in wrestling story to tell a greater story about violence against women in America and how these women were able to take their difficult upbringing and as-risk homelife to empower themselves to get out of a difficult situation and to become independent in a man’s world. This film, like the rest of my projects, focuses on the strength and resilience of women and that remains constant in my work.

I like to advise my students to blaze their own trail. I mentor students to create their own path. Documentary filmmaking is gratifying in ways that are less glamorous at times than fiction but fulfilling emotionally to the core. Make sure you take care of yourselves while doing the work.

What are you working on right now?

For the past 3.5 years I have been working on the docuseries No One Asked You.

This docuseries barnstorms the country with disruptor extraordinaire Daily Show co-creator Lizz Winstead and her reproductive rights organization Abortion Access Front using a boots-on-the-ground strategy and the top voices in comedy to protect bodily autonomy for all.

No One Asked You is an exciting project that brings humor and outrage to the discourse of reproductive access in America. We have so many current students, alum and faculty working on it who are 99% female people of color gender nonconforming. The project has been supported by the college through faculty development grants, my colleagues and the administration have been very supportive of this most ambitious project. Two of our producers are faculty. One of our subjects is an alum and one of our executive producers as an alum as well.