Detours to Success: Michelle Harmon on taking the Back Road to Happiness 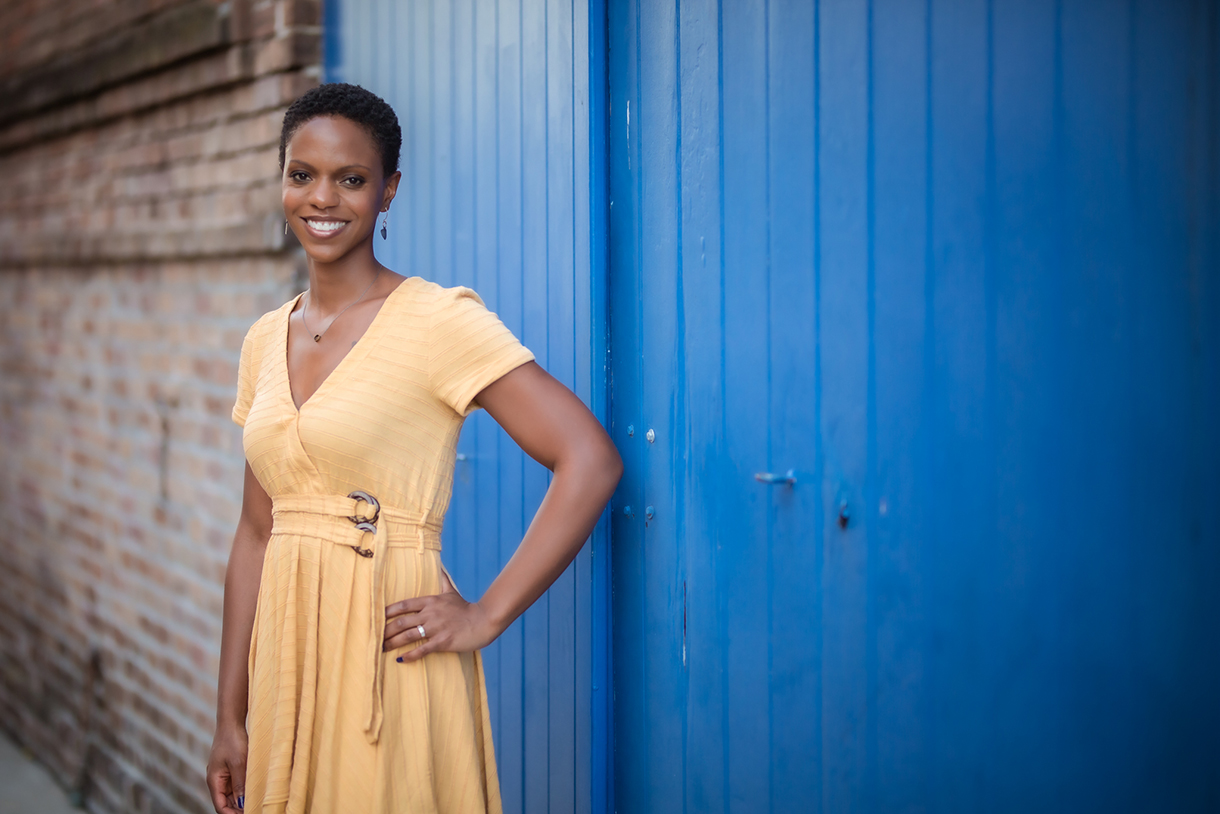 Photo: Quinn Gordon
Sometimes the detour you take leads on an alternate route to happiness and fulfillment

Michelle Harmon, MFA ’06, sat in front of her high school advisor looking a little confused. She had expressed an interest in design, expecting her advisor to come up with a career possibility that would align with her interests.

In a Judd Apatow-worthy turn of events, Harmon’s advisor listened to her creative interests and then started in on a hard sell: speech pathology. Speech pathology?! This had almost nothing to do with anything creative.

Her advisor was ready with a rebuttal:

As a high schooler, how do you defend your interests against such an onslaught? Were creative dreams impossible to achieve? It was surreal. But what if the advisor was right? She was an expert, wasn’t she? After weighing her options, Harmon decided to attend Southern University in Baton Rouge, Louisiana for a B.S. in Speech-Language Pathology and Audiology. It wasn’t the dream. But there were bright points, including becoming the president of the Speech Pathology and Audiology Club.

But the thing about dreams is that, like fine wine, they get stronger with time. Harmon couldn’t abandon what she loved.

As graduation approached Harmon started researching interior design Master’s programs around the country. Most of them required an undergraduate degree in a related field. Perfect.

Except—as she kept looking—she realized that Columbia College Chicago was much more willing to work with students of various backgrounds than other institutions. Harmon applied and attended the Open House. After hearing the presentations, touring the campus and seeing examples of student’s work, Harmon knew she had come to the right place.

After being in Baton Rouge for over three years, the energy and scale of Chicago was a dream come true for Harmon. Not only was she accepted into the MFA in Interior Architecture Program she also received the Dwight Follet Fellowship for her first year. She remembers, “I absolutely loved my time at Columbia. The training was hands-on, using the city as our classroom, while having professors that were real and compassionate in their criticism.”

After graduating from Columbia, Harmon moved oversees where she taught interior design at Greenside Design center in Johannesburg, South Africa for a year. When she returned to the U.S., Harmon worked for an architecture firm, then Habitat for Humanity (where she met her husband), and then for another non-profit called Louisiana Green Corps to help New Orleans recover post-hurricane Katrina. Through a youth workshop at Louisiana Green Corps on “How to Break into the Film Industry,” Harmon became interested and spoke with the film commissioner who told Harmon to send her resume. A month later, Harmon heard back. Chris Spellman, production designer (Superbad, Pineapple Express), was desperate and hired Harmon to work on Jeff, Who Lives at Home. Harmon was working at Louisiana Green Corps during the day and drafting for the film overnight.

After Jeff, Who Lives at Home wrapped, no longer working for Green Corps and with no other work prospects on the horizon, Harmon was considering moving back to Maryland to regroup. On Thanksgiving weekend 2010, while Harmon was driving home, she received a call to see if she was available to set design on a feature film called Looper. She said yes and drove back to New Orleans from South Carolina. She’s been working non-stop in film ever since.

Harmon had never imagined that she would become a part of the filmmaking process. But once Harmon discovered that she could use the same skill set in designing interiors spaces for practical uses that she could for set design, including drafting, she was hooked. Later Harmon found that art direction would encompass more project management, while being able to problem solve and think creatively on your toes in a fast paced and sometimes high-energy environment. “I love that every day is different, and I get to see places in locations that I would not otherwise in any other professions.”

Harmon has worked on a number of high-profile television shows and movies. Her favorite show to work on was American Horror Story, season 3-Coven and season 4-Freak Show. “It is the type of show where the expectation for the level of creativity is at its highest in the industry. A big budget, along with a passionately detailed showrunner always helps to allow for ideas to flourish in ways that stretch the imagination into far-off places.” On set, Harmon also met and worked with a fellow Columbia alumni, Michael Goi, who was the cinematographer. More recently, Harmon is credited as the art director for Antebellum, a feature film starring  Janelle Monae, that premieres in April. Additionally, she will be earning her first production designer credit on season 2 of On Becoming A God in Central Florida starring Kirsten Dunst for Showtime. Harmon was the art director on season one and she looks forward to working in the highest position in the art department when shooting starts in Spring 2020. These are just a few of the accomplishments Harmon is excited to share with her sons when they’re older (they’re currently ages 2 and 4).

Harmon remembers her beginnings, the tough road that led to dreams beyond her wildest expectations. She has a message for others who may be in the place that she was all those years ago. She says, “My advice to current students is to be open to different paths on your journey. You may not realize in the moments of feeling lost and sometimes desperate that the detour you are on is leading you on an alternate route to happiness and fulfillment that you had not planned on. There will not always be a map, just go with the flow of life.”