Dr. Stephen Asma Finds the Thing that Goes Bump in the Night 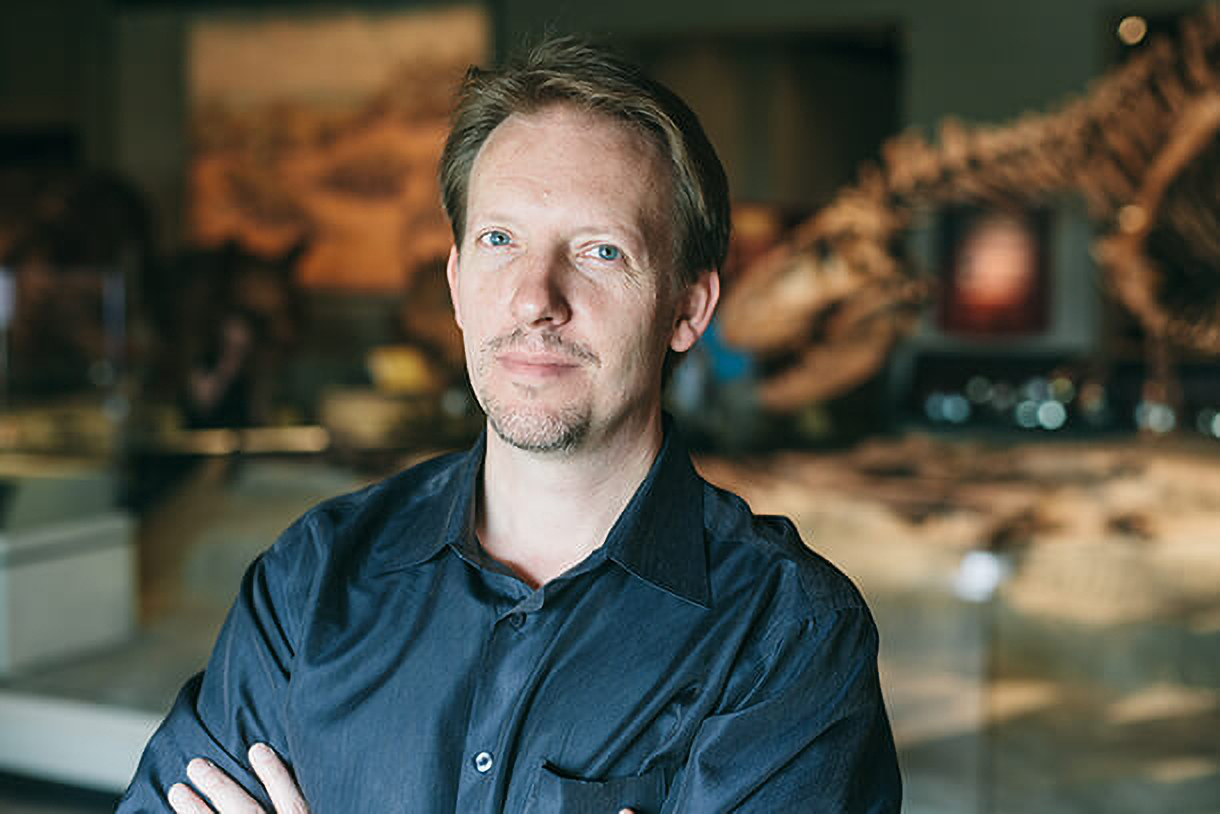 Credit: Stephen Asma
For Asma, studying the world of monsters is a way to engage with the darkest corners of our own assumptions, conventions, prejudices, and reactions. That moment. The moment when your breath catches in your throat and your heart stops a little bit and your palms get sweaty and shaky and you kind of want to run and you kind of want to hide to make whatever that thing - virus, monster or ghost - stop in its tracks. Dr. Stephen Asma, Professor of Philosophy at Columbia College Chicago knows all about that moment—and about why we invent and fear (and sometimes worship) the thing that scares us out of our wits.

What’s this discipline? Monsterology. In other words, as Asma explains, “the academic study of monsters, cryptids, and the sources of fear in cultures. It is an interdisciplinary field of study (e.g., philosophy, psychology, biology, film studies and literature, etc.), committed to the idea that we can better understand people and cultures by examining what scares them–what makes them vulnerable.” Asma has built a career around the boundaries of rationality, reason, fear, and emotion, allowing him to creatively challenge the concepts of insider/outsider, dread fascination, religious observance, dehumanization, deviance, and difference.

For Asma, studying the world of monsters is a way to engage with the darkest corners of our own assumptions, conventions, prejudices, and reactions. As he says, historically, “monsters were often imaginative exaggerations of humans and animals that deviated from the norm …studying the literature and even political propaganda of an era reveals the sad history of dehumanization, but also the ways to avoid demonizing or monstering the Other. So, I began to see the category of monster as a way of approaching culture and the human mind itself.” Monsters, after all, aren’t only hiding under our beds. They’re in our subconscious.

Today, as a way to handle the current COVID-19 pandemic chaos, Asma creates visual art or music every day. Asma’s advice to students dealing with fear is also to create, as it provides comfort to others and oneself. Asma has built a community with students where they’re able to share their artwork during these unprecedented times. Asma also recent wrote a new article about philosophy and COVID-19 for The New York Times. In the article Asma says, “The coronavirus is like every other virus or pathogen — it does not mean us harm. It wants only to reproduce.”

Asma has published ten books, including his latest work which is co-authored with Columbia College psychology professor Rami Gabriel. This work, called The Emotional Mind: The Affective Roots of Culture and Cognition (Harvard University Press), brings together many of Asma’s interests including emotions, Buddhism, Philosophy of Religion, and Evolution. By examining everything from early human cave paintings to contemporary music, Asma and Gabriel examine both our capacity to understand and our capacity to feel—and how our emotions play a crucial role in the history of human decision-making and well-being.

Aside from his prolific written works, Asma has been tapped by Hollywood to contribute to behind-the-scenes additions to popular films including the new “Godzilla” Blu-Ray DVD. He remembers that after he was contacted by Leva Filmworks, “I jumped at the chance [to contribute] because I grew up enjoying “Godzilla” and other Kaiju films. So, they brought a film crew to Chicago and we had great fun doing the interview.”

While Asma has experience working with major film studios, he’s also well-represented in new media explorations of all things monster. Students may know Asma from his presence on VSauce’s YouTube channel. When discussing VSauce (Michael Stevens), Asma recalls, “He has a small team of science researchers, and they had been studying a journal article I wrote called, “Monsters on the Brain: An Evolutionary Epistemology of Horror” because they wanted to create a show about fear. We started a series of discussions, so I became a consultant about how best to frame the science and philosophy of fear.” Today, that documentary already has 5 million views on YouTube.

At Columbia, Asma offers courses in Philosophical Issues in Film, Monsterology, Philosophy of Religion, Emotions, Evolution of Mind, and Eastern Philosophy, depending on the semester. So, if you, too, wake up with inexplicable fear and the closet door opened just a little too wide, you know where to go for the answers.