Delvin McCray '16: From Switching Majors to Making it to the Fashion Majors 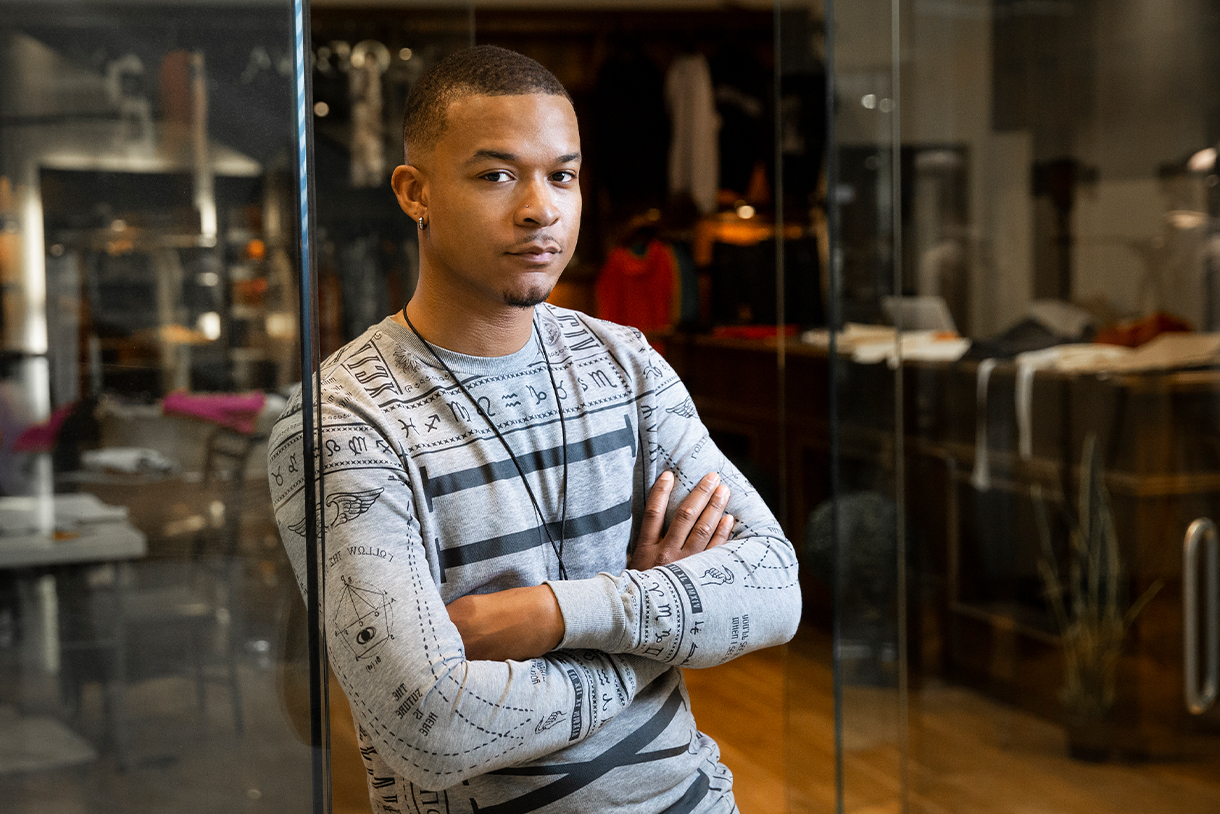 Delvin McCray never imagined himself on a televised fashion competition, much less one with hundreds of thousands of loyal viewers. Before making it onto the ever-popular Project Runway (now in its 18th season) he jumped from one college major to another until he found what he was truly passionate about—fashion.

“I went to college for fine arts first then I switched to film, then to nursing because I got cold feet in the arts then I decided to go back,” recalls McCray. “I decided that I should go for what I actually want to do and possibly fail but enjoy it instead of going for something that I don't.”

When Delvin switched schools and majors, he had absolutely no background in sewing or in working with fabrics. He immediately bought a sewing machine and fabric. “I literally hit the ground running, grabbed every apprenticeship I could find, internship and practice, watched YouTube videos, bought every book I could find with couture sewing practices and just absorbed as much as I could.”

Delvin was finally able to thrive at Columbia after attending other schools and career paths. He found that his professors helped him get a real-world perspective on the fashion industry. “They’re either currently in the field or retired from the field so they have real world experience. They give you the truth, what it’s really like, the difficulties, and what to watch out for.” Delvin received his BA in Fashion Design at Columbia College Chicago in 2016.

McCray describes his aesthetic as dark romanticism. He also enjoys pulling the urban side—casual clothing and comfort—and blending those two together to create something new. “I like to use wool, silks, Chantilly lace. I draw a lot of inspiration from the Elizabethan era. The DNA of my brand consists of corsetry and tanglery with beading. I like to blend the grit of urban with the height of luxury and mesh those two together. I'll throw a leather jacket over a silk bias cut gown. I've always been fascinated with the luxurious side of life because that's not my background, it's not where I come from.” 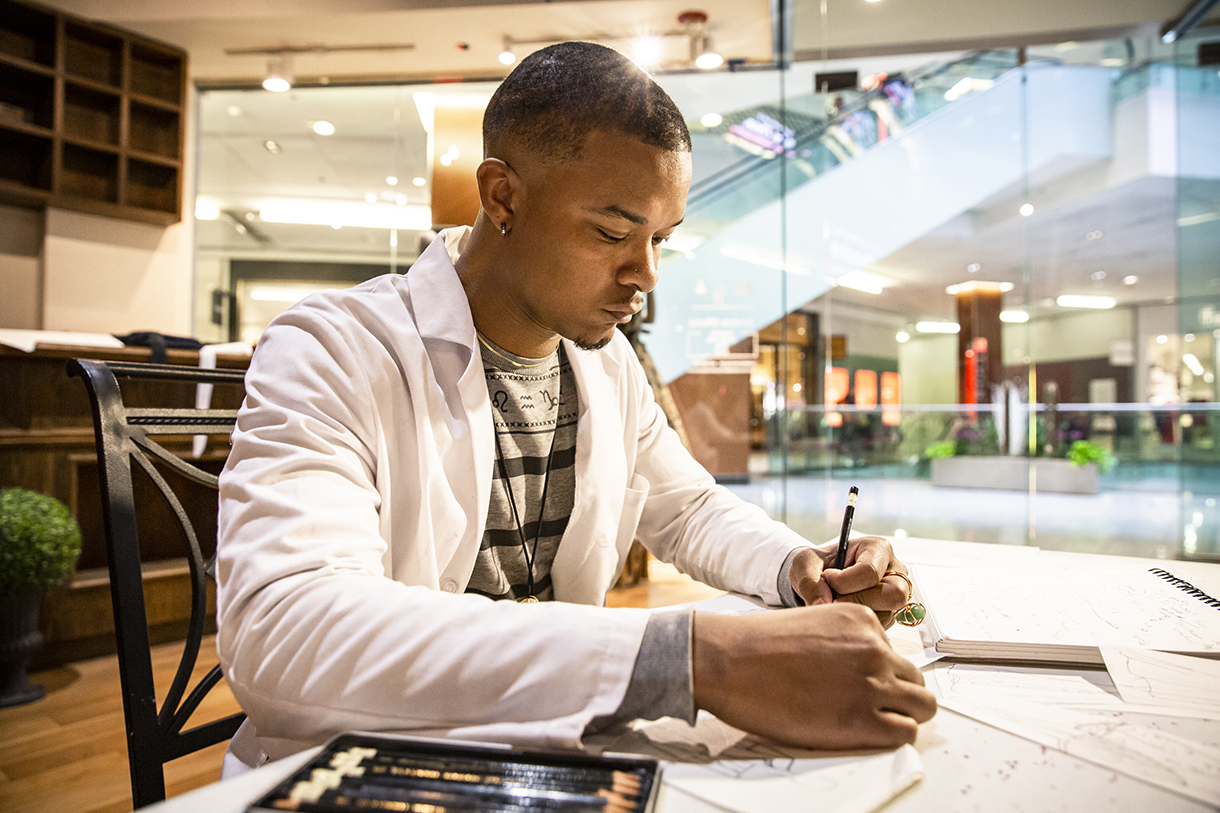 The Chicago native wasn’t always so certain or confident in his abilities. There were times when he couldn’t even get a sketch out. Eventually, he learned to take a step back and keep the parts of his designs that he liked most and then chisel them out to the point where he now feels he has a voice. “The fabric is alive to me, so it speaks back and it’s like a conversation. The fabric is telling you which way it wants to go. You can’t force it because it won’t press right. It won’t be clean.”

His confidence and determination have helped him go a long way. Delvin applied for Project Runway two years earlier and was rejected before reapplying and finally getting the call inviting him to take part in Season 18. “It was kind of surreal and it didn’t hit me until I was on a plane going to New York.” When asked about his experience on the show he says “It helped me grow and evolve as a designer. I hadn’t gotten a critique since college. Having three sets of eyes to tell me what they see compared to what I think I’m presenting to the public was refreshing. Now I have a very clear-cut direction.”

At the age of 26, McCray has already been featured in the February, March, and April 2019 issues of British Vogue and owns two shops—the most recent a brick and mortar for his fusion line, Redd by Delvin McCray. He is currently running a Kickstarter campaign to help him accept a very exclusive invitation—presenting his designs at Paris Fashion Week, one of the highest honors in the world of fashion.

Looking back on the road that led him to Project Runway and Paris Fashion Week, Delvin gives the following advice to students: “Work with a team and try to also learn those things that the classroom can’t provide to you. Do internships and practice, practice, practice.”