Maggie O'Keefe Will Fight For You 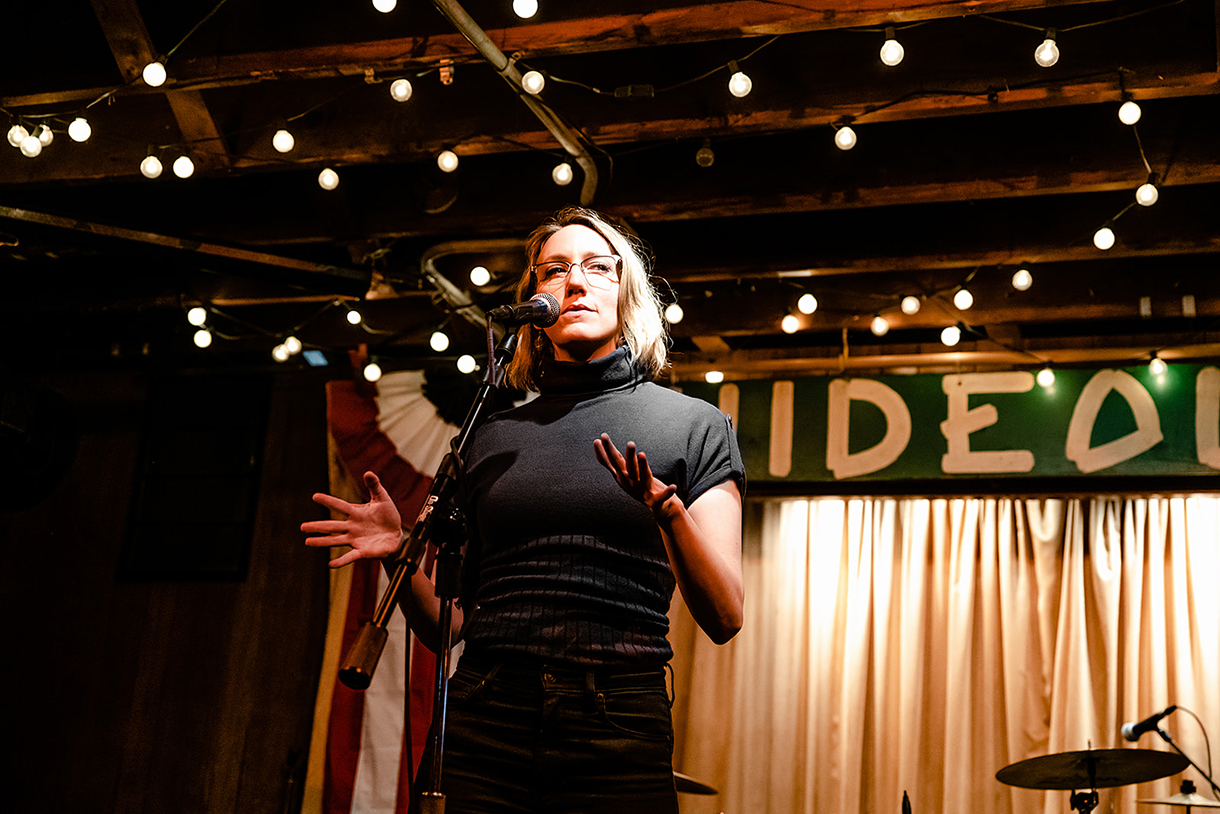 For Maggie O’Keefe, Theatre ’11, Chicago and Columbia were a calling. A calling that came to her after a high-school trip from Brewster, NY, during which she saw “Wicked” in the Chicago loop. She knew she had to be here. So at 18 she packed up, moved to the city, and has never looked back.

Now a Democratic committeewoman for Chicago’s 40th Ward, O’Keefe recalls that time fondly. She says, “It was a really great transition for me in terms of being able to start new, start fresh…and Columbia certainly gives you that opportunity, especially if you’re a free thinker or independent and want to continue exploring.”

Being a Theatre major in the big pond of Chicago wasn’t easy, though. As O’Keefe says, “I struggled for the first two years in getting in shows in Columbia. But it taught me the value of resilience. Being told no over and over and over again only made me stronger on the campaign trail.”

O’Keefe remembers her exit interview at Columbia, with her mentor Will Casey. Casey had said, “By 30, 75% of people are no longer going to be in Theatre. They won’t be practicing the craft they came to school for.” To O’Keefe that was unthinkable. She remembers, “You’re 21! It’s so easy to say 'well, that won’t be me.'”

But the world changed between 2011 and 2016, and O’Keefe changed, too. She watched the hope that was so palpable as Chicagoans celebrated Obama’s win in Grant park in 2008 turn to gut-wrenching disbelief and despair when Donald Trump was elected President. She says, “The election in 2016 was a huge turning point for me. I felt like, ‘Where did I go wrong?’ I didn’t feel like I did enough, like I participated in a way that would have been helpful.”

So rather than just say something, O’Keefe, who had been focused on her marketing business, went out and did something. She laughs now, remembering, “I was like in 15 different political groups across Chicago. I was submitting witness lists. I was marching. I was at the airport protesting. And nothing felt fulfilling enough. And it wasn’t until I found that thing—voter registration, for me—that it started to click and solidify. And from there I got involved in a campaign.”

Finding her feet in the world of voter registration, O’Keefe was soon organizing trainings across Cook County for people to become deputy voter registrars—people who can register other people to vote. The training were incredibly successful, with O’Keefe reaching over 500 people across the county. And then, when it was over, she had a cohort of people looking at her and saying, “Where do we go? What do we do next?”

That moment marked the beginning of her organizing in politics. For O’Keefe, that meant beginning to reach out to high schools across various Illinois cities and counties and establish voter drives in marginalized communities. Then she switched to organizing events themselves. Still hungry, she volunteered on Amaya Pawar’s Gubernatorial campaign in 2017. She remembers being the “super volunteer digital marketing lead” and from there earning marketing business—and building recognition—with several Cook County judges as well as Fritz Kaegi, the current Cook County Assessor.

Of course, for O’Keefe, the job wasn’t done. She decided to run for Alderman of the 40th Ward in 2019. In a close race in which she personally knocked on 35,000 doors, she raised $40,000 in small donations and increased turnover by 28% from the last election. She was only 625 votes shy of getting into a runoff with a 36-year incumbent.

She credits her success on the campaign trail, in part, to what she learned in Theatre at Columbia. She says, “[Theatrical] skills strengthened me. I was the only candidate that trained in speech, memorization, in digesting material and in saying the same thing over and over and making it fresh for every constituent.” When thinking about her training at Columbia and her becoming as a politician she says, “You might not being doing the thing you came to school for but it doesn’t mean you aren’t using those skills.”

Having skills honed through four years of hard work contributed to her success on the trail. So, too, did getting sober. She says of her over 7-year sobriety, “Getting sober was a big priority for me in my mid-20s and it’s only elevated me to this point now. I would not be able to be a functioning adult let alone an elected official or being a business owner if I wasn’t sober.” The decision to get sober and to share that journey with her constituents has contributed to O’Keefe’s success in being viewed as candidate with integrity.

After the aldermanic race, it became clear that O’Keefe had significant support in the community. So much so that the next year, when she ran for Democratic Committeewoman of the 40th Ward, she won. She sees that there is still work to do in the Ward to increase voter turnout, engagement, and education. She’s here for it.

For others interested in becoming a force for good in the political world, O’Keefe has these words: “Get involved in a local campaign…if you’re fed up with our current society and our Federal government you have to go out and do something and not just say something. You have to go out and practice [solving] the thing that’s causing you anxiety or stress or anger and focus your attention on one specific thing.”

The becoming might not happen right away. O’Keefe begs us to remember that that is okay. She says, “Radical change takes time. [In my case] you’re talking about a small-town girl who goes to a big city, learns theatre, becomes a business owner, and is now an elected official. That took twelve years! It takes time and you have to be okay with being uncomfortable.” Because in the end, to serve your community, to make life better for everyone, the discomfort is more than worth it.